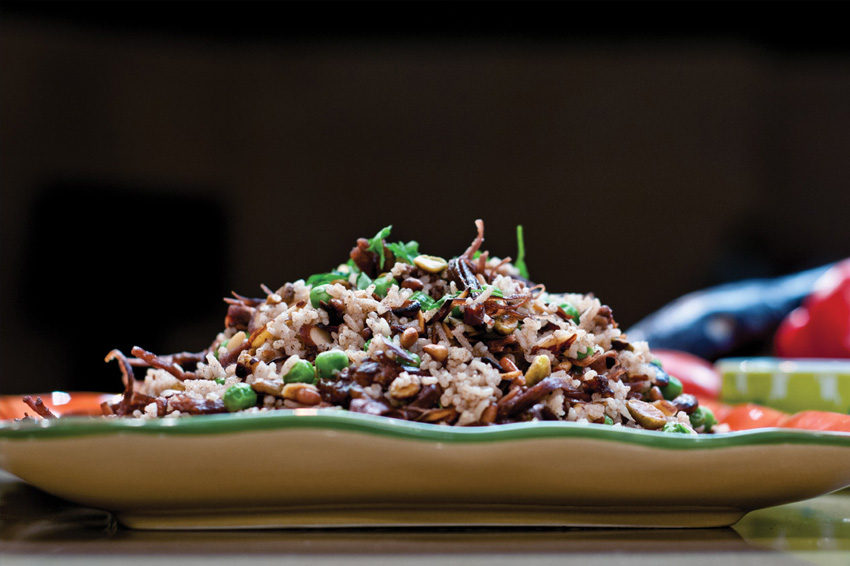 We’re just weeks away from experiencing the wonderful Passover festivities with our families and friends. Our limited food options create culinary challenges, but we can still create amazing meals for the seder and for the week.

Along with not consuming chametz (leavened bread), many of us do not consume kitniyot, which include rice, corn, millet and legumes (peas, green beans, soybeans, peanuts, sesame seeds, poppy seeds and mustard). Kitniyot have been banned for centuries by Ashkenazi Jews (decendents of Jews from France, Germany and Eastern Europe). Medieval sages gave various reasons for banning kitniyot, with the most common being that they were so similar to banned grains that they might be confused, or they were commonly stored with chametz. Whatever the reason, most Ashkenazi Jews today do not eat kitniyot, even though it’s not prohibited by Torah law.

While you won’t generally see kitniyot dishes at an Ashkenazi seder, they are quite common at Sephardic seders. Sephardic Jews are those of Spain, Portugal, North Africa and the Middle East and their descendants.

During Passover both Sephardim and Ashkenazim prohibit the eating of barley, oats, rye, spelt and wheat unless meticulous steps have been followed to turn the flours into matzah (unleavened bread).

But there are distinct differences at a Sephardic seder. One obvious difference is food seasoned with unique Middle Eastern flavors such as allspice, cloves and cinnamon. A traditional Sephardic Passover meal for the Jews of Turkey typically includes stuffed vegetable dishes.

Whether or not you eat kitniyot, here are some amazing recipes you can make and adjust to fit your Passover traditions. Warmest wishes to you all for this Passover holiday.

Next Year in Jerusalem!