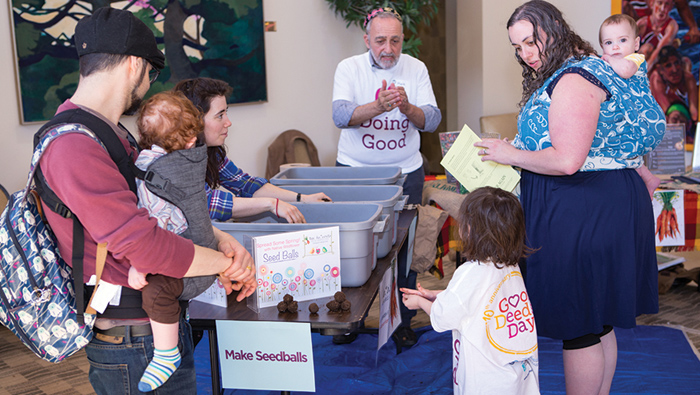 The first Oregon Jews, who came from Germany in the mid-1850s, often lived in other places in America before finding their way out West. Many of them were merchants who helped build a strong Jewish community – founding synagogues, schools, social and charitable organizations and welcoming waves of other immigrants, refugees and survivors who would come to call Oregon their home. Those later arrivals made their own contributions to Oregon Jewish life.

The first Jewish organization in Oregon, Portland’s Mt. Sinai Cemetery Association, was incorporated in 1856. The Portland chapter of the National Council of Jewish Women organized in 1896, remaining active for nearly 120 years. The B’nai B’rith Building, later to become the Jewish Community Center, opened in 1914; in 1971 the center moved to its present location in Southwest Portland. In 1920 The Jewish Women’s Endeavor joined forces with the Old Men’s Hebrew Fraternal Organization to create “The Jewish Old Peoples Home.”

'The First Jewish Organization' has no comments