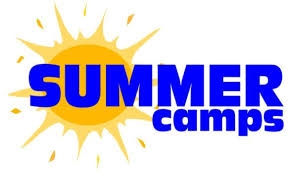 What an amazing world we live in, with more information and connections at our fingertips than we could ever imagine. This brave new world has come with a price, though, as we’ve gradually replaced human interaction with technological inter- action. We have many young people who are not fully equipped for college, the workforce or adult life. While the United States has the highest percentage of graduating seniors choosing to attend colleges or universities, we also have the highest percent- age of first-year collegians who drop out. The Partnership for 21st Century Skills, a nonprofit comprising top corporations and forward-thinking educators, has done research showing a big gap in our education system between the “3 Rs” and what employers are truly looking for in their new hires.

Every parent wants what is best for his or her children, though. And the antidote to many of the issues created by modern society might be found right down the road – at camp. Brain-Based Learning Camp is an excellent place for children’s developing brains. The character traits that parents wish for in their kids – independence, confidence, friendship-building, resilience, character, grit – are real outcomes for kids who have quality camp experiences. These traits come from the middle prefrontal cortex, which gives us the ability to do important things like regulate our body and emotions, have insight into ourselves and others, feel empathy, communicate in an attuned way, bounce back after failure, adapt to new situations, make thoughtful choices and overcome fear. That’s a pretty good list of what’s needed for a successful life with good emotional and mental health, meaningful relationships and the conscientious- ness to make an impact on the world (Bryson, T.P., 2014. “Bunks are good for brains: The neuroscience of sleepaway camp,” Camping Magazine, American Camp Association).

The brain grows and strengthens when it is used. So, when kids have camp experiences that require them to take risks, be flexible, handle their emotions (especially away from their par- ents), be persistent to master something, build relationships and so on, it strengthens this important part of the brain for life. At camp, kids usually feel safe and secure, and the setting is so fun that kids are willing to work harder and tolerate more frustration and setbacks because they’re having such a good time doing it. This builds character and helps them for the rest of their lives. Nature and the Out-of-Doors Experience Today’s youth suffer from an alarmingly limited access to, or interest in, the natural world. We can look at the 18% obesity rate of children and realize physical activity and access to the outdoors have been drastically altered.

Activity has also been modified by the number of hours young people spend in front of screens –an average of seven and a half hours a day. Sadly, our time spent out of doors has decreased by 50% in the last two decades, and the benefits of nature and the outdoors go well beyond physical well-being. Direct experience in nature is important to a child’s intellectual, emotional, social, spiritual and physical development (Kellert, S., 2005. Building for Life: Designing and Understanding the Human-Nature Connection. Island Press,Washington, D.C.).

Most traditional summer camps are based outside and require that children explore, enjoy and resiliently persevere in the elements. At Liberty Lake, when parents ask, “What do you do when it rains?” I answer first that we call it “liquid sunshine,” and that often we’ll actually sing, dance and jump in puddles in the rain. It’s good old-fashioned fun, which kids thoroughly enjoy. Play This four-letter word is not a bad one, yet modern society has severely marginalized play. We have unfortunately witnessed a 25% decline in play in our lifetime. Play is part of a normal developmental process. Children (and adults) who are not al- lowed or encouraged to play have less energy, less interest and less enthusiasm about life. And we’re not talking about playing video games in the basement against friends sitting in their basements. We’re talking about hand-to-hand, face-to-face, old school, getting dirty, scraping your knee, hurting your feelings, real stuff that helped shape us into the adults we are today.

Play at camp is a critical stage of learning. It is a learning process that is experiential and active. Play allows young people to practice “how” to survive and thrive in a community. It teaches young people “how” to learn, gaining the skills of persistence, grit, participation, failure, encouragement and perseverance. There’s a Place I Know … Activities that strengthen the brain, being outside in nature and physically “playing” with others are things that took place naturally in our neighborhoods for centuries, but in today’s modern society, one of the best environments for all this is at summer camp. In the past few decades, many parents have focused their responsibilities on building their children’s resumes, over-programming and not letting them just be kids in the way kids have been for centuries. From what I’ve seen recently, though, the pendulum is slowly swinging back. Parents don’t want their adult children living with them. They want their kids away from screens and out of the air conditioning, as they recall the challenges of their own childhoods with newfound reverence and now seek for the same for their children. We all know where kids go to receive “academic” equipment for life, but there is a special place each summer where they can go to receive critical social and emotional-readiness equipment – a place where they can intern for life. It’s called summer camp.

About Pam Smith and Andy Pritikin