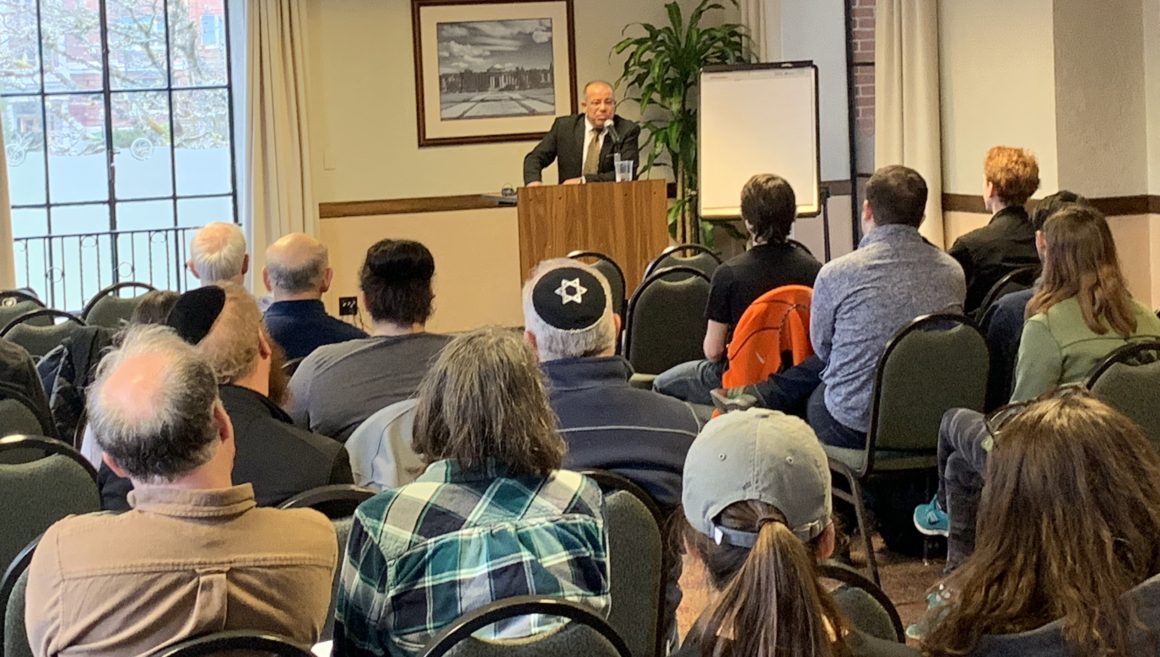 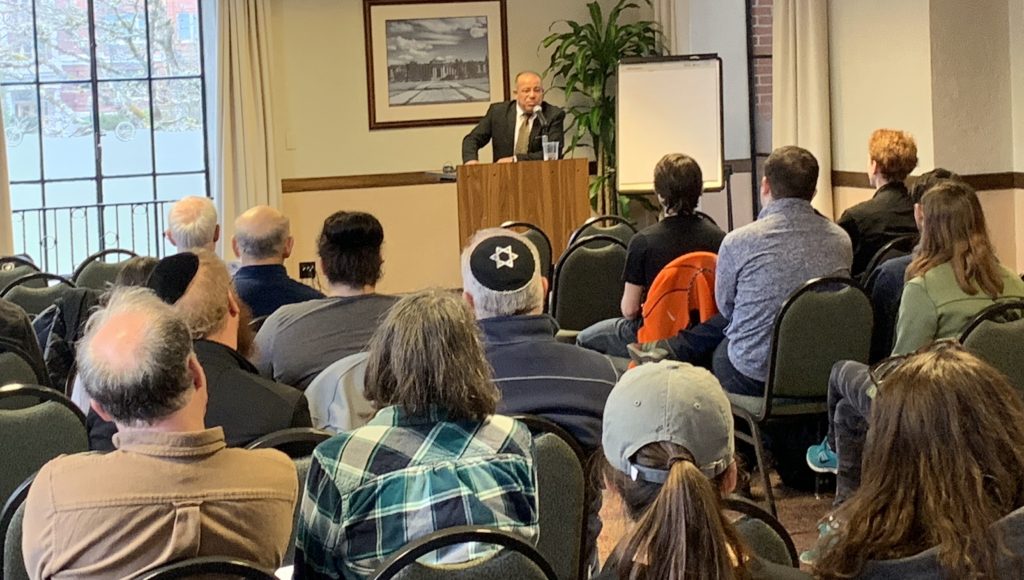 Palestinian human rights activist Bassem Eid toured Oregon March 11-14 and shared his insider’s view on the prospects for peace in the Israeli-Palestinian conflict.  His tour was sponsored by StandWithUs, an international Israel education organization, in partnership with the Jewish Federation of Greater Portland.

His talk at Oregon State University in Corvallis, was covered by the ABC affiliate KEZI, where it was the lead story on the 11 o’clock news.  Eid was also interviewed on the nationally syndicated Michael Medved Show.

Eid spent his first 33 years in Shuafat, a UNRWA-run refugee camp on the northern edge of Jerusalem.

For more than seven years, he worked for an Israeli human rights organization called B’Tselem, examining allegations of human rights violations by the Israeli army in the West Bank and Gaza, but in 1996, his focus shifted to the human rights violations by the Palestinian leadership against its own people.  He has been advocating for his people since then, speaking throughout the world and recently at the European Union Parliament in Brussels, Belgium. (https://www.youtube.com/watch?v=px8u-zEVUIY)

Eid has concluded that Palestinian leaders in the West Bank and Gaza are robbing their own people of a secure and prosperous future by inciting them to hatred and refusing cooperation, i.e., “normalization” with Israel. He contends that the BDS (Boycott, Divestment, and Sanctions) campaign is using the Palestinians for its own purposes.  He claims they are victims not of Israel, but of the international community that supports the corrupt authority with funding; the international NGOs who inflame the conflict; and the UN, which continues to serve as an accomplice in the war against peace on the ground.

He believes that what the average Palestinian wants more than anything else is the dignity that comes with being able to provide a good life for one’s family. He believes that economic prosperity is the key to dignity, and an eventual resolution to the conflict.  He believes this is unattainable as long as the current Palestinian leadership works against the interests of its own people.

The outspoken activist is a vocal critic of UNRWA, having researched it for 26 years.  As chairman of the Center for Near East Policy Research, Bassem is dedicated to exposing human rights violations and supporting a democratic and pluralistic Palestine.

“Bassem gets you to challenge your own pre-conceived notions about the conflict,” observes Randy Kessler, Executive Director of StandWithUs Northwest.  “StandWithUs’ mission is education, which inherently means getting people to look at issues from different perspectives.  Because he is on the ground speaking with the Palestinian people, he will tell you there is no connection between the leadership and its own population, and that this is one more example of the Palestinian leadership betraying its own people.”

“We are so grateful for this partnership with the Jewish Federation of Greater Portland for helping bring Bassem’s message of peace to the community,” he adds.

Jewish Community Relations Council Vice Chair Michelle Bombet Minch says, “A full house packed Portland’s Neveh Shalom Israel360 program where Eid delivered an important message that Palestinians are seeking ‘dignity rather than identity’ and that dignity can be achieved by economic success. Dignity, Eid said, is impeded as long as the Palestinian Authority does not accept the existence of Israel and continues to keep the Palestinians ‘hostage to the conflict.'”