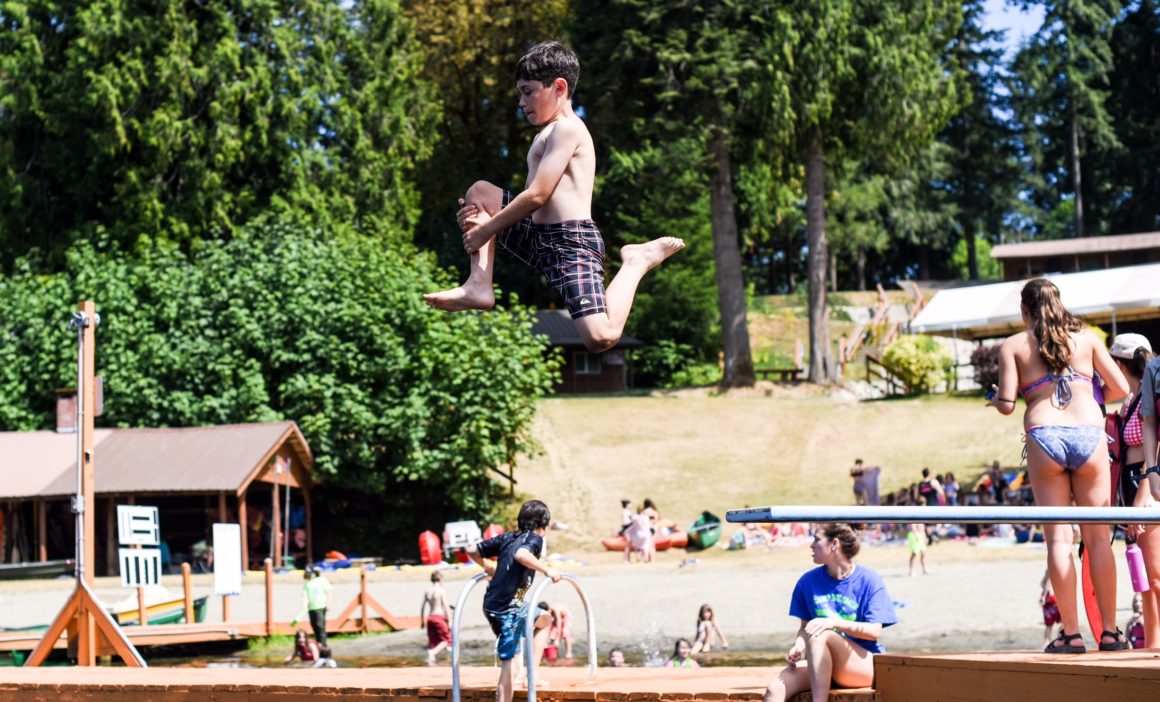 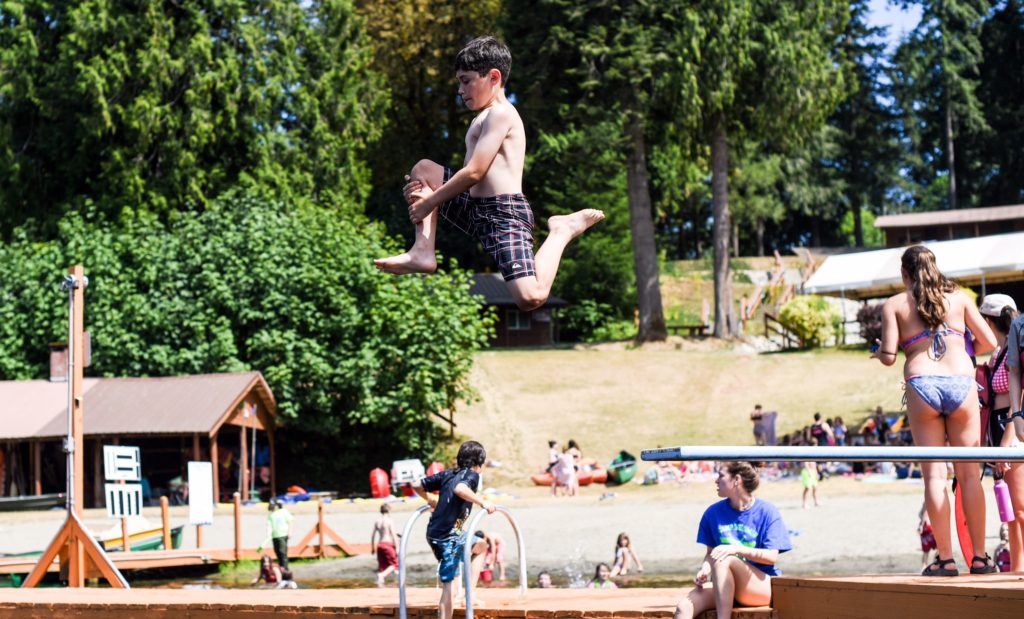 PHOTO: A camper leaps from the dock into the camp’s private lake. This summer Solomon Schechter campers will have a new aqua park on the lake giving them more options for water fun.

“This year we are moving away from age-based sessions to multi-age sessions, so first- to 10th-graders can come for the full summer,” says Zach. “That’s common in our field but new to our camp. It allows flexibility for families and also gives older campers opportunities for leadership and role modeling. Now campers can come from one to six weeks.”

The camp is also rolling out a new aqua park on the camp’s private lake, a stable of mountain bikes, a new culinary program in the new kitchen that opened last year, and a rabbi or Jewish educator on staff to enrich the Jewish content of all programs.

The 50 new mountain bikes will expand the camp’s use of its wooded facility. The main camp facilities sit on just 10 acres of Solomon Schechter’s 175-acre site. Campers will learn mountain biking skills and explore the woods that surround the main campground.

“The majority of camp is backcountry,” says Zach. “We have miles of trails we will take campers on.”

Last year a new kitchen and a new chef brought fantastic kosher meals to camp. This year campers will be able to learn cooking skills in a specially designed teaching area in the kitchen.

While Schechter has been steeped in Jewish values and traditions since its founding in 1954, Zach says they plan to deepen those connections this year.

“We are bringing on a Jewish educator, so we can infuse Jewish life into all our curriculum and programs with great intention,” he says.

He says the essence of Camp Solomon Schechter is “building lifelong friendships, new skills and a commitment to living Jewishly. We want campers to be compassionate, courageous, curious and creative.”

Though the camp was founded by three Conservative rabbis, it is not affiliated with a synagogue, JCC or movement.

“It is a home for Conservative, unaffiliated and other affiliated campers to learn and live Jewish lives,” says Zach. “It’s an opportunity to come and learn and fall in love with everything Jewish.”

In addition to learning skills in arts, sports and teva (nature), campers also gain “Jewish wisdom … so they feel comfortable to participate in Jewish life.”

Come learn about camp, speak with camp staff, nosh on snacks, and of course, win lots of camp SWAG!