B’nai B’rith (BB) Camp of Oregon has completed a $14 million capital campaign, which has transformed the 100-year-old camp with new facilities built over the past decade.

New cabins, a dining hall, an amphitheater, a lakefront lodge, a gym – all handicap accessible – are among the many structures dotting the completely rebuilt 14-acre campground on the shores of Devil’s Lake near Lincoln City.

“We did it!,” wrote Irving Potter, chair of BB Camp Second Century Campaign, to a community of 400 donors and other supporters. “That means BB Camp is more inclusive, comfortable and fun than ever. We are so proud to be able to give this incredible gift to the next generation of campers.”

Key to the success of the capital campaign was the BB Men’s Camp Association’s decision in 2009 to purchase the camp property and operation from the Mittleman Jewish Community Center. The acquisition established BB Camp as an independent, community-based Jewish camp. BB Camp joined the JCC Association and retains traditional ties to the JCC movement.

“In 2009, JCC’s around the country were having terrible financial problems,” said Potter, a camper starting in  1955 and co-president with Kyle Rotenberg of BB Men’s Camp Association. “We were afraid they would panic and sell the property. So, the Men’s Camp group stepped up and we bought the camp from the JCC.”

The group came up with a 10-year master plan, laying out everything that needed to be done to make the camp brand new.

That purchase and master plan “spring-boarded the camp organization into this amazing decade, where it’s become a life-long organization with year-round programming,” said Aaron Pearlman, BB Camp’s chief philanthropy officer and a volunteer member of BB Men’s Camp Association. “We’ve had the flexibility to grow and raise money from foundations and individual donors that support the work we’re doing.” 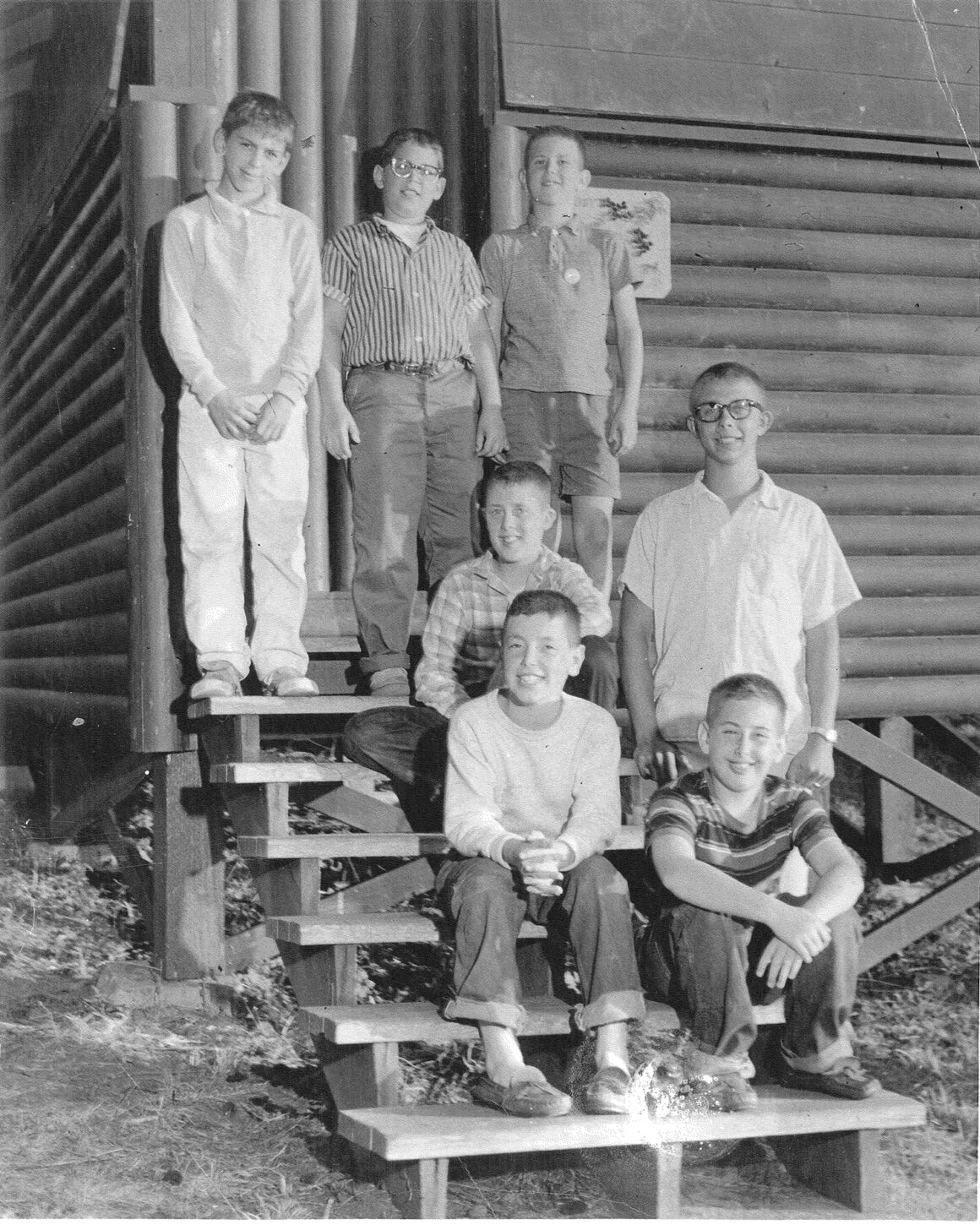 (Photo courtesy BB Camp-Irv Potter,second row, right with his cabin in the 1950’s)

April 30th is BB Camp’s big fundraising gala and the annual golf tournament is July 11. The organization is hosting an alumni and friends weekend to commemorate the big anniversary on May 20-22.

Today, the BB Camp organization is operating throughout the Pacific Northwest with day camps in Portland, Corvallis, Salem, and Eugene. All told, 5,000 children are served annually. “The work that we do is really transformational,” Pearlman said. “We’re helping a lot of at-risk kids from low-income families.” Many attend on full scholarship. 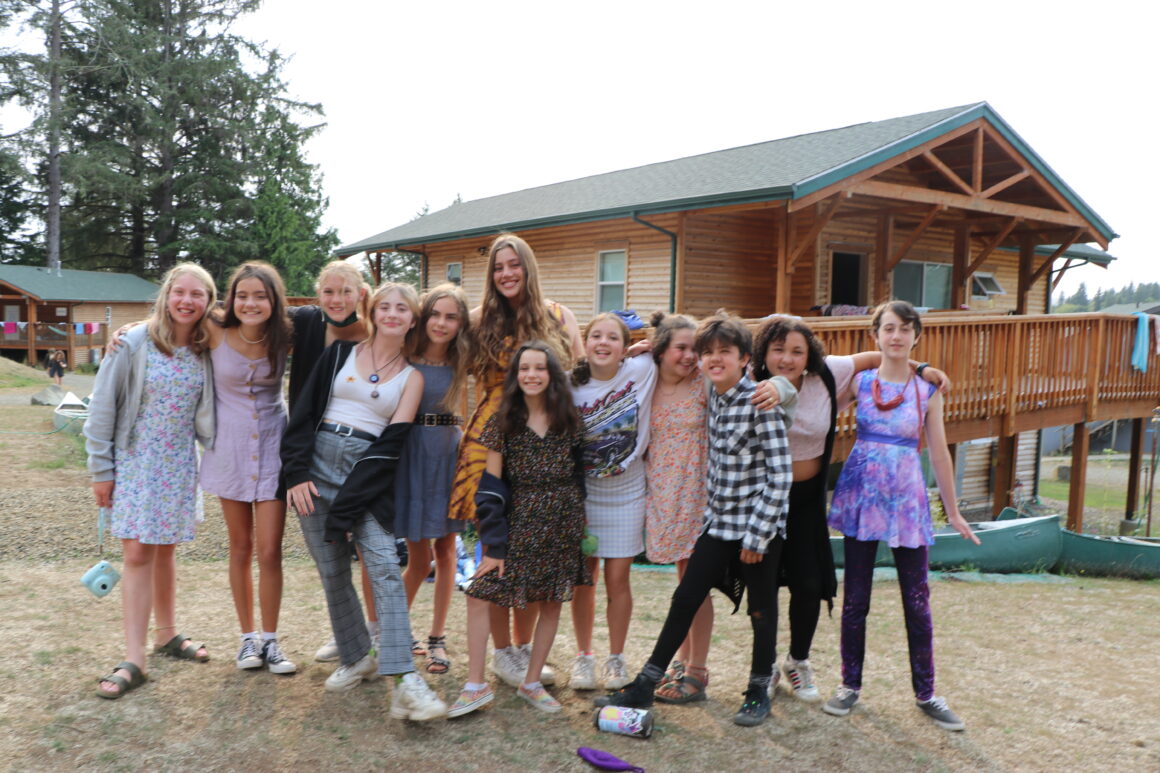 The work of BB Camp goes far beyond camping. About 325,000 meals have been served to those affected by wildfires and the pandemic, Pearlman said. “That’s a whole other piece of what we do.”

“We’ve implemented amazing programming that really has been able to fulfill the needs of this generation of children and hopefully our future generations,” said Michelle Koplan, chief executive officer of BB Camps and Chair of the Alliance of Oregon Camps.

To commemorate the century of progress, an exhibit will open in June at the Oregon Jewish Museum and Center for Holocaust Education. It will feature interviews with BB Camp alumni and the history of the camp.

The story of BB Camp begins in 1921. That year, Julia Swett, director of the B’nai B’rith Building Association, decided to start a Jewish camp for kids in old South Portland. The children were from poor Eastern European Jewish families. This was a way for children to get out of the city and back to nature. 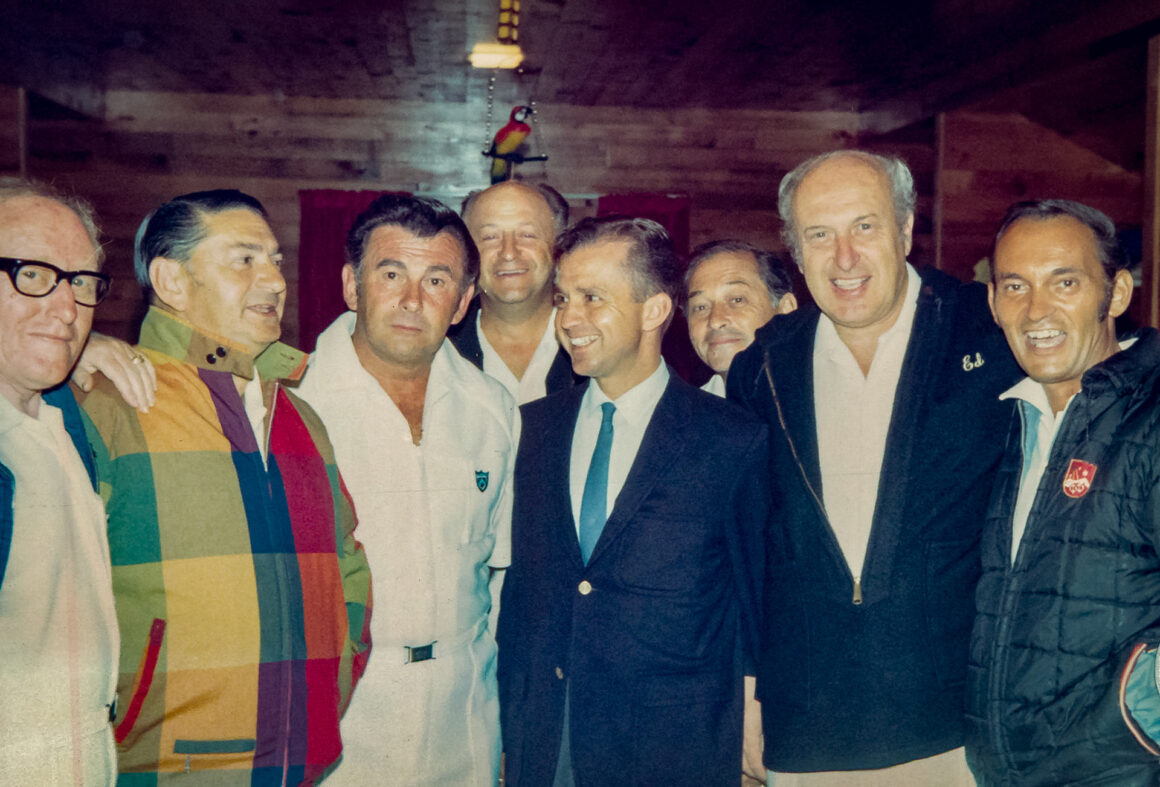 The cost of camp was $5 per child, paid in monthly installments. The camp started on rented property at Camp Walula located on Bass Lake in Stevenson, Washington. Then the camp program moved to a site in Neskowin, Oregon and in 1925 to the current property donated by former Oregon Governor Julius Meier on the east side of Devil’s Lake. Swett continued as director of the camp for nearly 20 years.

In 1931, a group of guys, under the auspices of the Ramblers, got together at BB Camp for a “men’s camp.” That evolved into the B’nai B’rith Men’s Camp Association and their annual camp retreat. While continuing to run its own camp for men, the BB Men’s Camp Association evolved to become the primary source of financial support for BB Camp and is now the parent organization of the camp.

Over the decades, one of the big changes for BB Camp was dissolving the separate sessions for boys and girls in the early 1970s under the direction of Ralph Birnberg.

Since 1970, BB Camp has continued to evolve, with each director adding his or her particular stamp to BB Camp.  In 1982, under the leadership of Jeff Lann, BB Camp added its one-week Maccabee session as a bridge to the traditional three-week sessions.

Since 1999, under Koplan’s leadership, BB Camp has converted to a fully kosher kitchen; added new programming for campers during the summer and year-round; created a day camp for local, often non-Jewish, kids living in Lincoln City. Additionally, Koplan implemented the Kehila program for campers with special needs and a teen philanthropy program. Both programs have received national recognition.

Today, 150 men in the BB Men’s Camp Association still meet annually at Men’s Camp. In their 20s to 90s, they go to camp for fun and fundraising. The men are raising $350,000 every summer amid trips to the golf course, basketball court and card games, Potter said.

The men who attended the camp when they were young became successful later in life, Potter said. “At some point, the guys realized they needed more of a reason to go to a camp retreat than just to have fun,” Potter said. The group distributed $90,000 in scholarships last year.

“What’s really interesting about the group is that its multi-generational, said Potter, a retired lawyer. “There are guys in their early 50s who have been coming for 20 years now.”

The group tends to be more culturally Jewish than religious. Yet 150 show up to Friday night services followed by a three-on-three basketball tournament on Saturday morning. Others hit the golf courses near the camp. There’s also a poker tournament, tennis tournament and bingo.

Pearlman said, “It’s wonderful to be in this community of people that all feel the same way and feel a sense of ownership of the camp, and technically they do own the camp.”