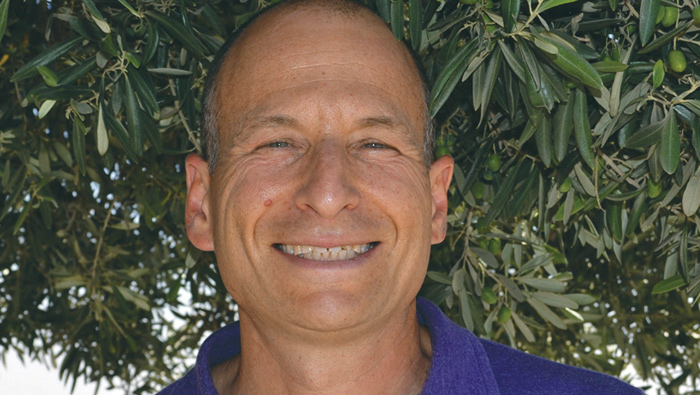 Since 1993 the Jewish Agency has been running a network of summer camps in the former Soviet Union. The agency describes these camps as “a cultural lifeline to Jewish identity.” These summer camps in the FSU are supported by several Russian-Jewish philanthropists and by Jewish federations in cities such as Phoenix, Tucson, Atlanta, Baltimore, Chicago, Cleveland and St. Louis. The camps are free and (according to the Jewish Agency’s website) are designed “to provide children and youth ages 7-17 with a compelling and fun introduction to Jewish heritage through an up-close and personal experience, including exciting Israel-centered programs and interaction with young, creative counselors from the FSU and Israel.”

Now here’s where this story gets interesting: Many (and perhaps a majority) of the children attending the summer camps have neither Jewish parents nor Jewish grandparents; these campers receive their free summer camping experience because they were fortunate enough to have had a single Jewish great-grandparent. Why? Because a little-known rule of Israel’s Law of Return states that minors may make aliyah if they immigrate with one parent who has at least one Jewish grandparent.

Yes, to a significant extent in the FSU, the American Jewish community is supporting Jewish camping for non-Jews. The Jewish Agency’s philosophy for this is as follows: Judaism was persecuted for 70 years in the FSU. The great assimilation that took place, therefore, was a kind of forced assimilation, and so it’s only fitting to try to redress this situation by reaching out to non-Jewish families who have some affinity to Judaism.

I’m fine with all of this. However, I’m just wondering if the time has come for American Jews to target their own young families who, though not Jewish, would be eligible to make aliyah under the Law of Return. You see it turns out that there is literally a generation gap between the families who are targeted for Jewish outreach in the FSU and the families who are targeted for outreach in the United States. In America, outreach generally targets intermarried couples and their children; in the FSU, outreach extends another generation to target not only the children of intermarried couples but their grandchildren, as well.

Were American Jews to start supporting programs for this extra generation, the Jewish community’s target audience would jump significantly. I contacted a well-respected sociologist, Professor Steven M. Cohen, to get approximate numbers. He replied that if Jewish outreach extended forward one generation – as it does in the FSU – we would be talking about moving from a target audience of six-plus million to an audience of almost nine million.

Our sages teach us that Jewish charity starts at home, in one’s own community. With so many Americans struggling financially, many non-Jewish families with one spouse “eligible for return” might welcome a chance to send their children to free Jewish summer camp. What if this coming spring, Americans would read in advertisements in their local newspapers that any parent with at least one Jewish grandparent could send their children to a free summer camp sponsored by the local Jewish community? My hunch is that thousands of families whom heretofore had had absolutely no contact with the organized Jewish community would come out of the woodwork to take advantage of this opportunity. And if the campers came back clamoring for more of what they experienced during the summer (more Hebrew songs, more Jewish food, more Shabbat services), encouraging their parents to explore a neighborhood synagogue or Jewish community center, that would be wonderful. But even if this does not happen, the camping experience in and of itself, with its emphasis on Jewish ethics and values, would make the children better Americans – to the benefit of us all.

Teddy Weinberger, Ph.D., writes from Givat Ze’ev, a suburb of Jerusalem just over the Green Line. He and his wife, Sarah Jane Ross, made aliyah in 1997 with their five children. Teddy is director of development for Meaningful, a company that works with Israeli nonprofit organizations. His in-laws live in Scottsdale for most of the year.