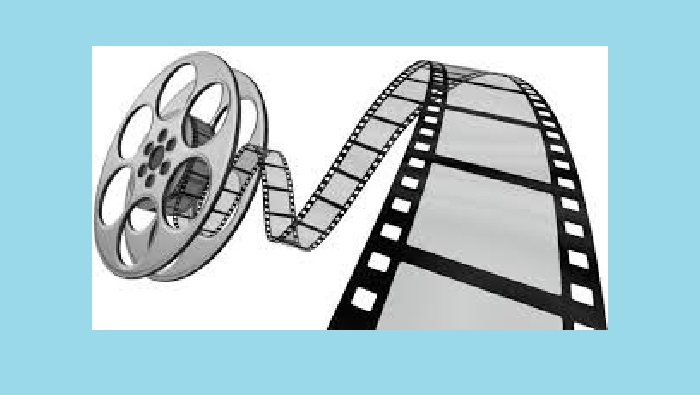 The 11th Annual Sephardic Winter Film series began in November and continues with films each month through April.
With the exception of this month’s double feature screening Dec. 5, all films are shown on the second Tuesday of each month. Films are presented by the Sephardic Cultural Center and followed by a speaker and Sephardic desserts. Admission and desserts are free thanks to sponsorship by the Jewish Federation of Greater Portland, NCSY, Albert J. and Esther Menashe, Richard and Judi Matza, Charles Levy, Ron and Pam Sidis, Renee Ferrera, Eve Stern and Les Gutfreund, and Michael Menashe.
Films screen at 7 pm at Congregation Ahavath Achim, 3225 SW Barbur Blvd., Portland. For information, call Ron at 503-750-0888.
Dec. 5 (double feature)
May Your Memory Be Love: In March 1943, 20-year-old Ovadia Baruch was deported with his family from Greece to Auschwitz-Birkenau. Upon arrival, his extended family was sent to the gas chambers. He struggled to survive. Ultimately he met a Jewish woman and developed a loving relationship despite inhuman conditions. It is a miraculous story. This film is part of the “Witnesses and Education” project of the Hebrew University of Jerusalem and was filmed on location where the events originally transpired. Hebrew and English language, 47 minutes.
Days of Waiting: This poignant documentary focuses on an extraordinary woman, Estelle Ishigo, one of the few Caucasians to be interned with 110,000 Japanese-Americans sent to internment camps during World War II. During internment, this artist recorded the rigors of camp life through drawings and photographs. This film is not of Sephardic content, but the Japanese in America experience reflects that of Jews sent to camps in Europe. English, 28 minutes, Academy Award winner.
Discussion by Judy Margles, executive director of the Oregon Jewish Museum and Center for Holocaust Education.
Jan. 9, 2018
The Last Jews of Bagdad: Produced by Carole Basri, a Jewish-American lawyer and filmmaker of Iraqi-Jewish descent, this film captures the plight of more than 160,000 Iraqi Jews and their persecution, torture and escape from Iraq between the years of 1940 and 2003. English language, produced by Carole Basri, 110 minutes.
Following the film, Basri will engage the audience in a conversation about the history of Jewish Baghdad and its rapid disappearance after 1940. The timing of this event is especially relevant considering the recent efforts of JIMENA and other Jewish organizations strongly urging U.S. officials to keep the Iraqi Jewish Archive from returning to Iraq.
Feb. 13, 2018
Shalla (aka Sallah Shabati): Brace yourself for “Shallah,” a film that in 1964 put actor Topol in the permanent spotlight and made Israel a contender in world cinema. In 1949 a Middle Eastern Jewish family moves to a settlement camp in Israel. The patriarch of the family discovers Israeli bureaucracy and socialist values and fights kibbutz leaders and government officials. This hilarious comical satire ran a record nine months in New York theaters and received the Film Distributors Award. Hebrew language, 110 minutes, produced by Menahem Golan.
Speaker: Charles Levy of Congregation Ahavath Achim.
March 13, 2018: Double Feature
Island of Roses, the Jews of Rhodes in Los Angeles: When the Holocaust reached the island of Rhodes in 1944, a 500-year civilization was destroyed. Today some of the last surviving “Rhodesis” are living in Los Angeles. Are Sephardic culture, customs, songs and food being transmitted to children and grandchildren? This film takes a realistic view of the state of affairs in this community. English language, 55 minutes, 1995, Producer Gregori Viens.
Rhodes Forever: A contemporary look at the Jews of Rhodes and their descendants. The film tells the largely unknown story of these people who, despite the physical destruction of their community during World War II, managed to transplant their unique Jewish culture elsewhere – notably the Congo and Europe. English Language, 56 minutes, 1995, Producer Willy Perelsztein.
April 10, 2018
Denial: Deborah Lipstadt is an American professor of Holocaust studies whose UK speaking engagement is disrupted when David Irving files a lawsuit against Lipstadt and her publisher for declaring him a Holocaust denier in her books. In the United Kingdom, the burden of proof in a libel case lies with the accused. Lipstadt and her legal team, led by solicitor Anthony Julius and barrister Richard Rampton, must prove that Irving lied about the Holocaust. Historical drama based on a true story. English, 110 minutes, film by Gary Foster and Russ Krasnoff.
Discussion speaker: OJMCHE Judy Margles.