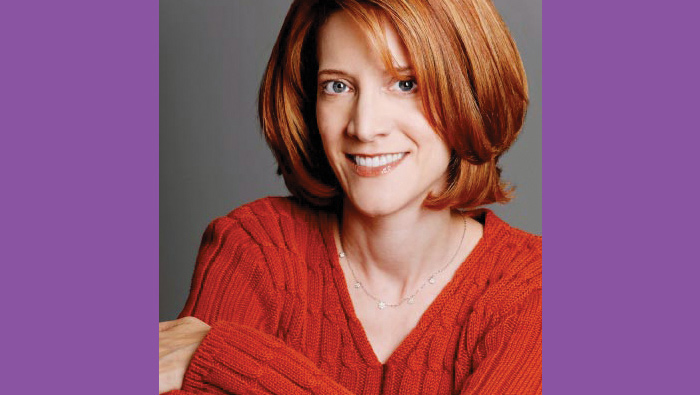 “Why aren’t you at the bus stop?” I sleepily barked at my 15-year-old son, Levi, as I pulled on a sweatshirt and emerged from another night of tossing and turning. “It’s 6:20. I can’t drive you to school. I have a breakfast meeting.”

“Mom,” he calmly reassured me, “Relax. My regular bus driver is out this week. There’s a sub taking his route. She’s not my regular driver, but she’s very nice. She has to run her route first so she won’t get to my stop until 6:42. I spoke with the dispatcher earlier this morning.”

“You spoke with the dispatcher?” I asked with complete incredulity.

“Yeah,” he said, “After waiting at the corner for 25 minutes in the cold last week, I decided to look into things and learned about the change in drivers. Apparently Ernie is out having some minor surgery. So Sheila is filling in. I expect Ernie will be back on Monday.”

“You spoke with the dispatcher?” I muttered still struggling to comprehend the reality at hand. How is it possible, I wondered, that a child of mine could be this organized, systematic and methodical? These are not skills that I possess in any quantity. His creative spirit, sense of wonder and off-the-charts enthusiasm smack sharply of all things me. But this … this … unbridled resourcefulness and time management talent was his and his alone.

“Well, have a great day,” I announced as I started my coffee, still pondering this incredible occurrence. He gave me a quick peck on the cheek, grabbed his backpack and headed out. “You too,” He said. “Hope your day is amazing.”

Two days later I had all but forgotten my son’s shrewd ingenuity and was focused instead on his typical teen boy behavior; the atrocious mess in his bedroom, his laundry littering the floor, his sassy comebacks to … almost everything.

“You haven’t heard about my ridiculous morning,” he said as I shuffled his breakfast dishes into the dishwasher at 4:30 in the afternoon.

“You know, Levi,” I griped, “I’m not your maid. You know better than to leave dishes in the sink. I have more important things to do than clean up all day after you and your brother.” I was frighteningly sounding like my mother and hating myself in the process.

“Sorry,” he chirped casually, “It won’t happen again.” This was a vow I had heard thousands of times before. I thought about calling him on it. But then a vision of him boarding a plane for college and leaving me forever flooded my senses, and I decided to drop the maternal haranguing. I took a deep breath, thought about what was really important, and said, “Tell me about your ridiculous morning.”

“Well,” he began, “I was at the bus stop at 6:15 today. My regular driver was supposed to be back. But there was a big truck right at the corner. There was another sub, and I guess she didn’t see me behind the truck, and she just drove right by me. So I immediately called the bus company and spoke with the dispatcher on duty. I told him what had happened while I was running to the final stop in the neighborhood. It was about a half mile away. But I ran hard. I told the guy to radio the driver and let her know that she’d inadvertently passed me and that she should wait for me right outside the back gate. So that’s what they did. Of course she was irritated when I finally got there and said, ‘Next time, be out there on time.’ To which I respectfully replied that she clearly had not received a full explanation of the event. I clarified that I was there on time and that she didn’t see me and drove right past me. ‘Oh,’ she reluctantly acknowledged, ‘Sorry.’”

Again I was stunned by his problem-solving capabilities and take-charge attitude. I had to concede to myself that had this happened to me I would undoubtedly have headed home, woken my parents, and insisted on someone driving me to school. This was a young man, unlike any teenager I have ever known, who saw a problem and instead of turning it into his parent’s responsibility, relied upon his own quick thinking and inventiveness to remedy the situation. This is a kid, I realized, who can make it on his own.

That thought was both empowering and crippling if truth be told. I felt a deep sense of pride and admiration for Levi’s self-reliance and strength of character. At the same time, there is a slight sense of loss when a parent recognizes that their offspring can survive and thrive without any assistance from them.

“You’re one amazing young man,” I told Levi as he shoveled in the remainder of the last bag of cinnamon pita chips I was saving for myself. He looked a little like Cookie Monster with the crumbs carelessly cascading from his mouth.

“Thanks,” he said smiling broadly. “You’re a pretty amazing mom too.”

'Self Reliance' has no comments