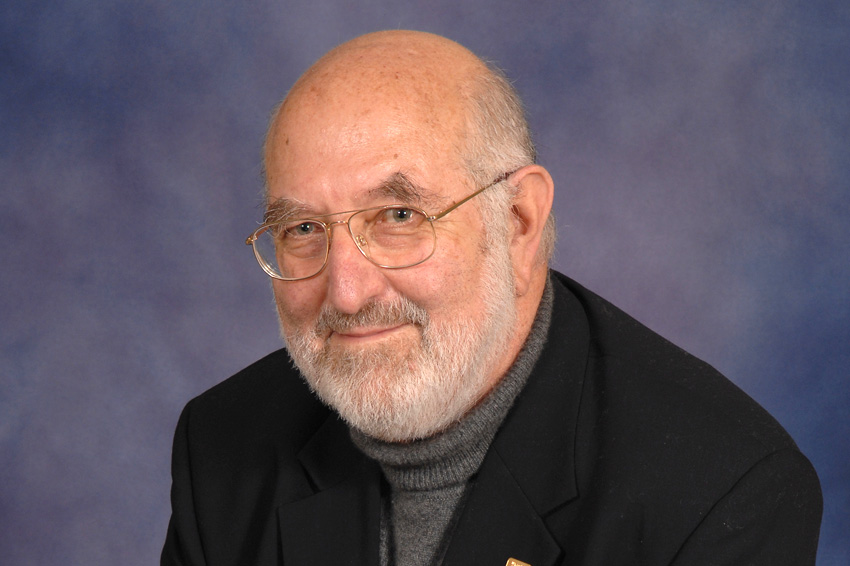 Mitch Greenlick’s 80th birthday is March 12. He’ll celebrate with, among others, his wife, Harriet; their three children and their spouses; their grandchildren; and the newest member of the family, great-granddaughter Nava, “our greatest achievement!”

Well, that is saying something. Mitch retired from his first job in 1995, although he continues to consult with the organization. He retired from his second job in 2000; he still does work with them, too. He was on the ground floor of many organizations and programs that have had a dramatic impact on the health and education of our community. His resume lists numerous panels and committees, 200+ books and articles, and honors galore. And in February, Mitch Greenlick started his 13th year as the Oregon State representative for House District 33. Little Nava must be a stellar achievement, indeed!

Mitch grew up in Detroit. You would not call it an auspicious start. “It was the Jewish ghetto,” Mitch recalls, and it was rife with prejudice. Mitch started kindergarten in 1940 at a time and place where the school district was horrible, the teachers were burned out and he was bored to tears. He went to an afternoon community Hebrew school until he was thrown out at age 10. Look, his friends were outside playing baseball. Why would he want to be in Hebrew school? (Note: he did go on to become a bar mitzvah!) He graduated high school with a 2.8 average and no study skills to speak of, but he wanted to be a pharmacist and got into Wayne State University based on a strong entrance exam.

“I didn’t catch on to what education was about until I was getting my Ph.D.,” Mitch says, but he did realize in college that he really did need to be a good student. He was and, when they invited him become a teacher, he stayed on to get his master’s degree in pharmacy administration. Later he realized his interests were much broader than pharmacy: he wanted to improve the delivery of effective, affordable health care to everybody. A doctorate in medical care organization and, fortunately, a move to Oregon quickly followed.

In 1964 Mitch was hired to start what would become Kaiser Permanente’s Center for Health Research, and he was its lead researcher. His role at Kaiser expanded as he became vice president of research for Kaiser Foundation Hospitals. That work eventually overlapped with his subsequent position as professor and chair of the department of public health and preventive medicine at Oregon Health & Science University in Portland. In both venues, his participation and often his leadership in research and in organizational development resulted in programs and organizations that have impacted health care delivery in significant ways. In 1975, for example, he led the team that laid the groundwork for what is now the Virginia Garcia Memorial Health Center. It provides health care to many in Washington and Yamhill Counties, especially seasonal farmworkers and others who have difficulties accessing medical services.

“I got arrested!” Mitch says, with some pride. He and a group of VISTA workers were trying to take a sick child from her migrant camp to the doctor. Even though he had a note from the girl’s parents, the owner of the camp wouldn’t let her out. He and two VISTAs were charged with trespassing. The case was moved to federal court and the upshot was the right of AmeriCorps Volunteers In Service To America to go into migrant camps to help the residents.

And the list goes on. Mitch started Kaiser’s dental program. He organized the first Head Start program in Washington County. He was elected to the Institute of Medicine of the National Academy of Sciences at age 36. He was awarded the Presidential Award by the Association for Health Services Research. He was on the founding board of the NW Health Foundation. And he’s very proud of the masters of public health program at PSU, OSU and OHSU, which, he says, has paved the way for the School of Public Health at Oregon State and the joint school under way at Portland State and OHSU.

At the same time all this was happening, Mitch and Harriet were raising their family. The Greenlicks were founding members of a Jewish studies group, whose members were all to the left politically, all non-affiliated and all wanting to share the cultural joys of being Jewish. “We raised the kids celebrating the gastronomical holidays: They tried to kill us, we lived, let’s eat!”

Mitch eventually had a hand in many aspects of the Portland Jewish community. He taught Sunday School at Neveh Shalom and a course in Judeo-Christian Attitudes Toward Health and Disease. He has served on or chaired the boards of the Jewish Federation of Greater Portland, the Jewish Education Association of Portland, and Jewish Family and Child Service.

Mitch did not view his official retirement from full-time work in 2000 as a chance to relax. He decided to run for the Oregon State House, and he won in 2002. “I flippantly used to say that I would do important health policy things and send them to Salem … and they would screw them up. I wanted to go to Salem to screw them up myself!”

He and Harriet both serve, as it were: she is his office manager, full time during the session and part time the rest of the year. Before she retired, she had done office work for 25 years and had been the manager of a chiropractic office.

“As long as we are both physically able, Harriet and I want to make a difference,” Mitch says.

“That’s one of the joys of retirement. If I were 40, I couldn’t afford being a legislator. I can afford it now.”

Mitch chairs the House Committee on Health Care, has served on the Committee on Higher Education and Workforce Development, and recently moved to the House Judiciary Committee. He has played a part in every aspect of the health care transformation in Oregon and was instrumental in framing the Oregon Health Authority, expanding health insurance options to every child in Oregon and creating the Oregon Health Insurance Exchange. His expertise and influence, however, extends far beyond health care. Brad Avakian, now commissioner of the Oregon Bureau of Labor and Industries, has worked with Mitch since they were freshman legislators together.

“Mitch very quickly established himself as one of the go-to people in the capitol about getting Oregonians what they need to stay healthy. He is thoughtful and innovative. But he is also one of the smartest legislators on virtually anything. He reads and studies every bill, on every topic. He also spends much of his time sitting down with people and asking them, ‘What do you need me to do?’ It is a lesson for every legislator on how to do public service.”

Oregon House Speaker Tina Kotek agrees. “Rep. Greenlick’s commitment to responsible, smart public policy makes him a treasure in the Oregon Legislature. He brings intellectual rigor, a moral frame of reference and a sly sense of humor to every topic he encounters.”

Next up for Mitch is another book. Titled Capitol Letters, it is a compilation of Mitch Messages, the letters he has sent to his constituents over the years. Mitch is contributing his share of the proceeds to the Oregon Historical Society.

And retirement number three? “I’m waiting until I’m 100. That’s only twenty more years, assuming our health holds up. It won’t be for lack of trying.”