Being Jewish, having family members in addiction recovery, and now working for a treatment center for alcoholism and addiction, I wanted to learn more about Purim, and the commandment to drink. I had the opportunity to (virtually) sit down and learn with Rabbi Dr. Chaim Meyer Tureff to learn about the roots of Purim, how serious is this commandment, and what does it mean for the recovery community and their loved ones?

While earning his Ed.D in Jewish Education from Gratz College, Rabbi Dr. Chaim Meyer Tureff focused on the role Judaism and spirituality play in helping recovering addicts and received the L. Bernard Rabinowitz Memorial Award. He is the founder and director of STARS based in Los Angeles, which helps individuals struggling with addictive behaviors, he is the school Rabbi for Pressman Academy, and a spiritual guide on the Soberman’s Estate team. He also was named on the Mensch List from the Jewish Journal.

What is the Essence of Purim?

“Purim is about unity, salvation, connection, and giving back, which is why we give gifts to the poor, and give gifts to friends and acquaintances; it’s about showing gratitude,” said Tureff.

Purim is one of the they tried to kill us, we won, let’s eat holidays. We learn the Purim story from the Megillah, also known as the Book of Esther, recorded around the 5th century BC. In short, King Achashverosh of the Persian Empire had a secondhand man, Haman, who initiated a decree to execute genocide of the Jewish people. After Queen Esther’s brave reveal of her Jewish faith, the King sentenced Haman to death. Although the original decree could not be annulled, he let Esther and her cousin Mordechai write a new decree of their choice, and the new decree allowed the Jewish people to fight back and defend themselves, and we were saved! In remembrance of this salvation, we feast and celebrate different activities specifically from the Megillah.

I appreciate the new perspective Tureff gave me on celebrating Purim, and other traditional holidays. “The Rambam codified laws for everything. In the Mishneh Torah, he’s got a whole section on Purim and Chanukah. He says any holiday that you’re celebrating where you are not giving back, that is not a real celebration. If you’re only thinking about the food or the fun you will have, rather than what you can give back to others, you’re not really celebrating correctly.”

The Commandment to Drink

Mordechai recorded the events of the Purim story and charged the Jewish people to observe the 14th and 15th of Adar every year as days of feasting and merrymaking, of sending gifts to one another and the poor (Esther 9:22). The word מִשְׁתֶּ֣ה, feast, can also be translated as drink, drinking, banquet, or board.

Based on this, in the Babylonian Talmud, Megillah 7b, Rava said: A person is obligated to become intoxicated with wine on Purim until he is so intoxicated that he does not know how to distinguish between cursed is Haman and blessed is Mordecai.

How significant is this obligation? It is debated whether or not drinking is a minhag or a halacha. A minhag is a communal practice or a custom. Minhagim are different than Halacha, which is Jewish law grounded in Torah or later rabbinic rulings. However, all agree if it will make you sick, or cause danger, you should not do it.

“I would say drinking falls into a strong category, and it’s codified that we drink, but it’s not if you don’t drink, you’re breaking a mitzvah. For example, not eating pork is a commandment, drinking doesn’t fall into that category at all. Neither is it one of the four mitzvot that are specific for Purim” Tureff said.

“When I go to Purim meals I don’t drink, some people do. Some people will just drink more than they normally do. If they’re not drinkers they might have a drink, if they normally have a drink, say at a Shabbat meal, they’ll have two, some get drunk. I’ve been to places where people drink quite a bit. They don’t get in a car and drive or anything like that, but they definitely drink a lot. Depending on where you’re at, some people encourage you to drink, and some people don’t.”

Jewish teachings provide contrasting opinions on alcohol consumption. On one hand, there is a Yiddish saying that Jews don’t get drunk. Yet another concept is a Farbrengen. “I remember in Yeshiva they would have farbrengen which is a Chabad gathering where you learn deep mystical things, and many of the people would do shots of vodka. The idea is sometimes when we have physical constraints, we don’t allow ourselves to hit a certain element spiritually, because sometimes spiritual elements are [harder to connect with]. You have to be in a certain frame of mind. Drinking was a way to open up your portal, or open up your soul” said Tureff.

Jewish teachings also recognize the risks and consequences of taking alcohol consumption too far. 18th Century codifier R. Abraham ben Yehiel Michal Danzig said it is better not to get drunk on Purim if one knows it will lead to the likeliness of them acting in a lightheaded way, or neglecting other mitzvot, such as praying and hand washing.

The Megillah 7b states, “The Gemara relates that Rabba and Rabbi Zeira prepared a Purim feast with each other, and they became intoxicated to the point that Rabba arose and slaughtered Rabbi Zeira. The next day, when he became sober and realized what he had done, Rabba asked God for mercy and revived him. The next year, Rabba said to Rabbi Zeira: Let the Master come and let us prepare the Purim feast with each other. He said to him: Miracles do not happen each and every hour, and I do not want to undergo that experience again.”

As Jeffrey Spitzer said, a car can be like Rabba’s sword, and one cannot count on a miracle. Tureff volunteered as an EMT for Hatzalah, a Jewish volunteer emergency ambulance organization, and remembers materials sent out for Purim reminding people, especially young people, to drink responsibly. “You’re supposed to be having this good time and happiness, and then it gets marred by alcohol poisoning, or somebody having a drunk driving accident, passing out, or worse.”

Rabbi Dr. Abraham Twerski zt”l, world-renowned addiction expert, doctor, and author said, “Experience shows that particularly young people who drink to excess on Purim are likely to engage in shameful and dangerous behaviors. Hatzalah cannot keep up with the calls to take these young men to hospital emergency rooms! Can anyone conceive that this is a mitzvah?”

How to Celebrate Purim in Recovery

“There are a number of shuls in Los Angeles that do not allow alcohol on the premise for Purim and Simchat Torah, another drinking holiday, and value being a model for the community’s young people. There are other synagogues you go to, and when you walk in, you can smell the alcohol. That wouldn’t be the one you necessarily should go to. You can hear the Megillah and be part of the festivities, and not put yourself in a situation fraught with danger.

If I had a dollar for every time I was offered a drink at Purim or Simchat Torah, I could be retired in Hawaii right now. It can be tough, when you see other people, as recovering addicts, sometimes doing things, things that are legal, and all kinds of people are doing it, you might think why can’t I do that? Then that ‘terminally unique’ mentality may creep in, where you start feeling sorry for yourself. I can have one drink, what’s wrong with a drink? Come on, just one.’ Why put yourself in that situation? You can focus on the wrong thing about the holiday. The holiday doesn’t need to be about drinking at all. Like a Bar or Bat Mitzvah, the party is great, but it’s not the essence of the event.

“It depends on where somebody is at in their recovery, but I would always encourage a sober Purim. There’s no reason not to have a sober Purim. There are specific mitzvot for Purim, including giving gifts to the poor, sending gifts to friends or acquaintances, eating the Seudah (Purim feast), and hearing the Megillah reading. These are the four commandments of Purim. Drinking is not included in this category. [Drinking] is like a side dish. Without that side dish, it doesn’t mean I can’t enjoy the meal” said Tureff.

“If you’re invited somewhere to a meal, I think it’s a fair thing to ask [about the alcohol]. Maybe it’s a Los Angeles thing, but people have no problem when they’re invited to a meal to say if they are vegetarian or gluten-free. Nobody’s embarrassed to say that at all, so what’s wrong with saying “Thank you so much for inviting me to Purim, I’m so excited, I just want to know is there going to be drinking, and if so, what does that look like?” That’s advocating for yourself” said Tureff. 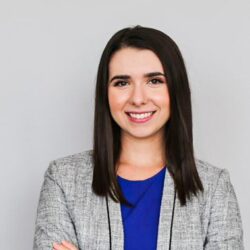 Hannah Prager is the Community Relations Specialist for Soberman’s Estate, and a volunteer for Moishe House. Soberman’s Estate is a treatment center for men with alcoholism, substance use disorders and co-occurring issues, and provides kosher food accommodations and rabbinical support. To learn more or for personalized resources, call the Admissions Director at 480-595-2222 or visit www.SobermansEstate.com.