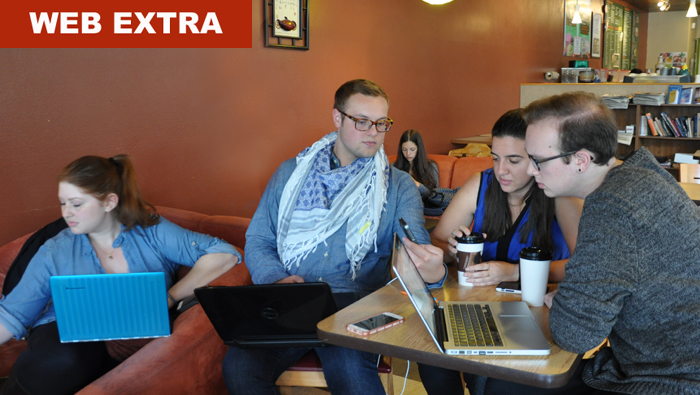 On May 23 Portland State University’s student senate restarted an effort to divest from companies doing business in Israel. Following this first reading, senators voted to move forward with a second reading and vote on June 6.

Initially the resolution was read at the student senate’s May 9 meeting, said Shiran Halfon, managing director of the Greater Portland Hillel and Jewish Agency Israel Fellow. However, due to some procedural issues, Hillel filed a “Judicial Board Attention Request” and the senate had to restart the effort.

For the May 9 meeting, Shiran said the Jewish students had decided to invite only a few student leaders. But after about 80 community members turned out to support the divestment resolution, Jewish students changed their strategy.

“The students felt more supported and more confident getting up to speak knowing they had the community behind them,” said Shiran.

She said she believes the resolution is likely to pass on the second reading, but she still believes it was very important to have a strong showing May 23.

“I think most of the senate had already made up their minds,” she said. “Our point was to show them there are other voices on this campus and we are not going to stand silently and let them do what they want. We made that loud and clear.”

Community Relations Director Bob Horenstein said that even if the resolution passes, it is only a symbolic victory. The student senate has no power to make the university divest. However, he noted that anti-Israel activities on campuses have been tied to higher incidents of anti-Semitism on campus. The JCRC had already been talking to PSU administration about the rise of anti-Semitism on campus. After swastikas were scratched into dormitory doors for a second time this school year, the JCRC sent a letter to PSU President Wim Wiewel requesting the university address the issue. The letter noted that in addition to the swastikas, Jewish students reported that while tabling for Jewish groups on campus, they have been subjected to odious anti-Jewish slurs and harassment by other students. The April 15 letter was signed by numerous religious leaders including a Catholic Archbishop, the director of Ecumenical Ministries of Oregon, several Episcopal leaders and the president of a mosque.

Following the letter, the JCRC was invited to meet with the university vice president. During that April 27 meeting JCRC members met with the PSU VP, the VP of global diversity and inclusion, the dean of students and the university’s general counsel.

At that meeting Bob shared a statement that the University of California’s Board of Regents adopted in March  declaring that anti-Semitism, including what it called “anti-Semitic forms of anti-Zionism,” has “no place” on its campuses. He asked that PSU consider adopting a similar statement.  So far, the university has not responded to that request.

Bob and Shiran continue to discuss how to help improve the climate for Jewish students on campus.