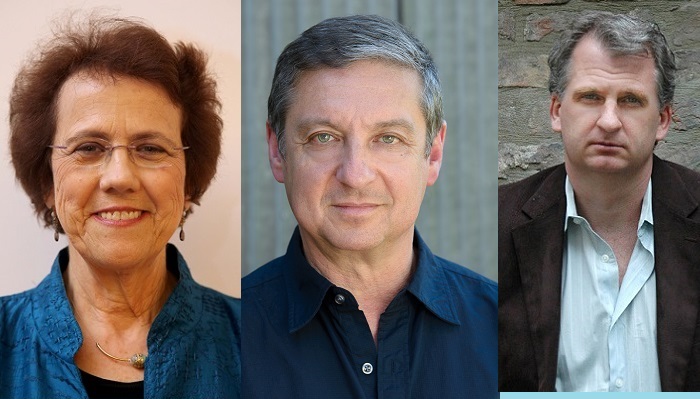 The community is invited to three April programs coordinated by The Harold Schnitzer Family Program in Judaic Studies at Portland State University.

The 6:30 pm lecture will be in room 238 of the Smith Memorial Student Union, Portland State University. This event is made possible thanks to the generous support of Lorry I. Lokey and is cosponsored by the Oregon Jewish Museum and Center for Holocaust Education and the Middle East Studies Center.

A two day mini-course, History of Anti-Semitism, will meet on two Sundays in April. This intensive mini-course will chart the development of hostility towards Jews from antiquity to our day. In lectures and discussion, students will gain an understanding of how anti-Jewish hostility has persisted over millennia even as it has adapted to individual historical and geographic contexts. Topics include: anti-Jewish bias in the ancient world and foundational Christian sources; social and economic marginalization and expulsions in medieval Europe; the emergence of political and racial anti-Semitism in the 19th century; Nazi anti-Semitism; and contemporary expressions of anti-Jewish sentiment, including left- and right-wing anti-Semitism.

Professor John Efron, Koret Professor of Jewish History, University of California, Berkeley, will teach the minicourse , April 15 and 22 from 9 am to 5 pm at 350 Karl Miller Center, PSU. Prof. Efron is the author of Medicine and the German Jews: A History and Defenders of the Race: Jewish Doctors and Race Science in Fin-de-Siècle Europe.

This program is made possible thanks to a grant by the Oregon Jewish Community Youth Foundation.

This event is made possible thanks to the generous support of Professor Emeritus Nathan Cogan, the Cogan Family, and the Oregon Jewish Museum and Center for Holocaust Education.

The talk is co-sponsored by the Oregon Jewish Community Foundation, the Jewish Federation of Greater Portland, the Oregon Historical Society, The Mittleman Jewish Community Center/Portland Jewish Academy, the Russian Flagship program, Oregon Humanities, and the Holocaust and Genocide Studies Project.