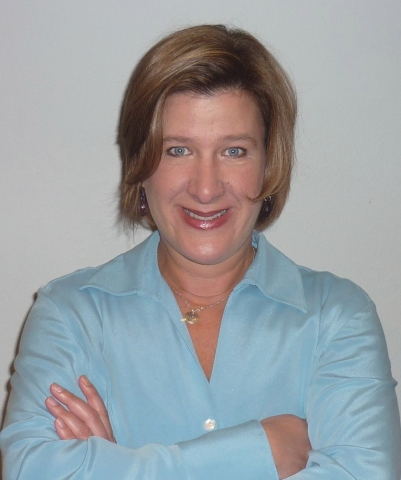 “My son the doctor; my daughter the lawyer,” declares the iconic Jewish mother, kvelling (bursing with pride). What’s behind this boast? Is it parents’ vicarious pride in their children’s mastery of a challenging and intellectually rigorous profession? Is it about status and material success? Or are there other factors in play? Why do a disproportionate number of Jews become doctors and lawyers? Oregon Jewish Life decided to find out.

According to a 2005 survey by the University of Chicago, 14.9% of doctors are Jewish, although Jews make up only 1.9% of the nation’s population. OJL was unable to find stats on Jewish lawyers, but strong anecdotal evidence suggests similar demographics regarding Jews in the law.

Trial lawyer Edie Rogoway Van Ness practices both civil and criminal litigation, representing plaintiffs in employment discrimination and personal injury cases. She also handles criminal defense work and used to be a public defender. It’s unusual for a lawyer to work on both civil and criminal cases, but Rogoway enjoys the combination. “I like criminal defense work because it’s more interesting, usually, than civil cases. Unfortunately, it’s not lucrative enough. Civil cases are often more complex, which I enjoy, and they also pay better.”

Van Ness is a third-generation Portland Jew and her family’s connections to the Rose City’s Jewish community run deep. Her father was a jeweler in their family’s store, La Rog Jewelers, while her mother is associate executive vice president of the Jewish Federation of Greater Portland. As a child, Van Ness and her family attended Congregation Shaarie Torah, although Van Ness became a bat mitzvah at Congregation Beth Israel. She attended Portland Jewish Academy preschool and day camps and went to B’nai B’rith Camp every summer.

“I was raised with a certain set of values that are connected to Judaism, and because those things were emphasized in my childhood, I was drawn to the career path I chose,” says Van Ness. “I think the Jewish emphasis on justice – we stick up and fight for other people – definitely had some influence in my decision to become a lawyer, especially a public defender.”

For Dr. Christie Winkelman, the connections between Judaism and her chosen profession coalesced in adulthood. A naturopathic doctor, Winkelman is also a Jew by choice, and her decision to enter medical school was strongly influenced by her studies for conversion. “In Judaism, we are taught to question and understand how things affect each other,” she says. “There are a lot of parallels between naturopathy and Judaism. Jews ask questions and are open to surprising answers, and that’s a regular part of my work.”

Although Winkelman did not grow up with Jewish expectations regarding her career path, she is definitely imparting her Jewish values to her own children. “We teach our kids that we’re all here to fulfill some kind of a purpose. There’s a big focus on health in our family, and I explained to my kids that because they’re healthy, they have an extra obligation to society.” The value of tikkun olam, repairing the world, also resonates strongly with Winkelman. “For me, being Jewish is about developing your potential to benefit others, about being of service.”

Bill Joseph almost had to become a lawyer; it’s his family’s business and has been for four generations. “All the lawyers in my family, beginning with my great-grandfather, had their own firms and we all practiced similar types of business law,” he explains. Joseph’s practice focuses on civil litigation regarding issues pertaining to construction, real estate development and manufacturing.

Joseph grew up Reform in Shaker Heights, a suburb of Cleveland. “We went to some services and had Passover seders,” he recalls. “I always grew up with a sense of Jewish values, particularly leaving the world a better place and doing unto others as you’d like them to do unto you.”

Despite his family’s legal heritage, law was not a conscious choice for Joseph when he finished college but more of a fallback option. “My mom told me, ‘You don’t have to practice law, but at least you’d have a job,’ so I took the LSATs.” Today Joseph enjoys practicing law for its own sake. “I like the personal interaction and the variety of cases. I also get a lot of satisfaction helping people resolve their issues.”

Family expectations were a strong influence on Adina Matasaru. In 1990, Matasaru and her family escaped Nicolae Ceausescu’s Romania and fled to Germany as refugees. Two years later, her family arrived in the United States.

Matasaru’s parents were secular Jews who revered knowledge and had high expectations for their children’s education. “My parents instilled a love of learning in our hearts early on; in Romania, my mom would trade food for books. They expected us to be the best in our class.”

At age 5, Matasaru decided to become a lawyer. “You grow up early in Communist Romania. I had long conversations with my dad from a young age about justice and what it means to be free,” she explains. “Even as a child, I wanted to fight for justice.” Matasaru is a civil litigator, working on a wide variety of issues, including racketeering, securities fraud and negligence.

Today, Matasaru is a practicing Jew raising a Jewish family. “I’m always concerned about being the typical Jewish mother who puts expectations on my kids that may not be theirs. I will love my kids no matter what they turn out to be, but I also have high expectations,” she acknowledges. “My son Gabriel has colitis and has experienced a lot of suffering. At age 5, he told me that he was going to be a doctor, because he wants to help people feel better. I already see for him an incredible potential to do good and make a difference.”

Family also played a role in Dr. Joel Solomon’s decision to become a doctor, although he doesn’t attribute his career choice to any particular Jewish influences. “All of us kids realized my dad [an ophthalmologist] loved his work; that’s mostly what he did. It inspired all of us,” Solomon explains. Solomon is a plastic and reconstructive surgeon, specializing in peripheral nerve repair and hand surgery.

Solomon grew up Reform in Cleveland and says his parents encouraged him and his siblings to follow their own interests. “From a young age, I was inclined towards medicine; I liked science and biology,” says Solomon, who sees the Jewish influences in his life as cultural rather than religious. “Most Jewish families I know place a high priority on education and their kids doing well in school.”

Solomon finds his work as a reconstructive surgeon extremely gratifying. “I get to help people in a very direct way that few other medical specialists can do,” he explains. “When I’m in surgery, in just minutes I can make a lasting change in someone’s life.”

Solomon anticipates his 9-year-old daughter will be influenced by his choice of career when she is older, just as he was by his father. “I hope she finds something that’s as rewarding as what I do.”

“I’m the undereducated child in my family,” declares Dr. Karen Erde. “I only have one advanced degree. My sister is a lawyer and my brother is an M.D./Ph.D.” Erde, a family practice doctor, is a clinic physician for Multnomah County. During her more than 35 years in medicine, Erde has also worked with hospice patients and substance abuse patients.

Raised in a secular Jewish family by activist parents, Erde describes herself as a Red diaper baby. “I didn’t know Jews believed in God until I was 13,” she recalls. “As a child, for me, being Jewish was all about social justice.” Social justice is still Erde’s primary connection to Judaism. “I became a doctor to change the system from within, to make the world better,” says Erde. “I was never in medicine to make a lot of money or even cure people, but to help them.”

For Erde, being a doctor is less about healing and more about teaching. “What I liked about doing drugs and alcohol work is that it’s a paradigm of health and wellness. I don’t really think I heal people; I help them make changes for themselves by giving them tools and information. In all of my practice, from hospice to primary care to drug and alcohol treatment, my approach has always been about empowering people in the situations in which they find themselves.”