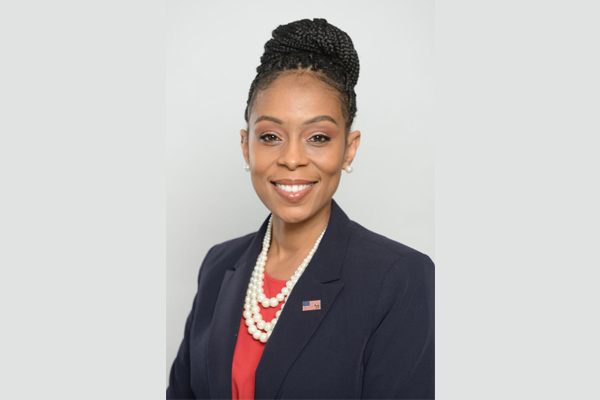 Shontel Brown, a Cuyahoga County councilwoman, came from behind in the polls to win a critical Democratic primary in Ohio’s 11th District  – with considerable help from a mainstream pro-Israel political action committee.

A native Clevelander, Shontel began her service as a Warrensville Heights city council member in 2012. In 2017, she was elected Chairwoman of the Cuyahoga County Democratic Party, leading the largest Democratic county in the state. She made history as the first woman and the first Black person to serve in this role.

Turner, who once enjoyed a 35-point advantage over Brown, saw her lead rapidly shrink in recent days and ended up being overhauled by Brown in a crowded field of 13 candidates vying to replace Marcia Fudge, who left the deep-blue northeast Ohio seat to join the Biden administration.

The race, in which Israel figured prominently, is viewed as a test of the relative strengths of the moderate and progressive wings of the Democratic Party well ahead of the 2022 midterms.

Turner had the support of many leading liberals including Reps. Alexandria Ocasio-Cortez (D-N.Y.), Cori Bush (D-Mo.) and Jamaal Bowman (D-N.Y.), as well as Sanders and the Justice Democrats.

'Pro-Israel candidate wins in Ohio special election' has no comments