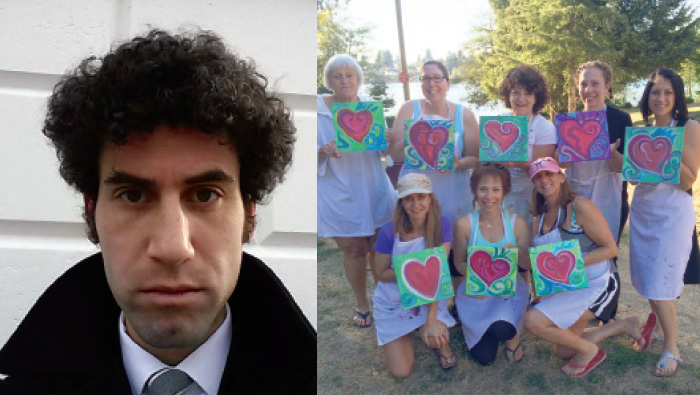 In the autumn of 1943, the efforts of Danish citizens successfully rescued 7,000 Danish Jews from imminent arrest and deportation to concentration camps.  Using fishing boats, private vessels and other small crafts, Danes ferried their Jewish neighbors to safety in neutral Sweden.  The boatlift had to evade the boat patrols of the occupying Nazi forces. Most of Denmark’s Jewish community remained in Sweden through the rest of the war.

The story is told in a series of posters with narrative and historic photos.  “Denmark October 1943” was produced by the Museum of the Danish Resistance (Frihedsmuseet) in Copenhagen.  It is made available to American venues through the Museum of Danish America in Elk Horn, IA (danishmuseum.org).   Its exhibition in Portland is made possible through the generous support of Harsch Investment Properties and the ScanDesign Foundation.

The exhibit will be on display from Sept. 8 through Oct. 31, at the new Nordia House cultural center in Southwest Portland.  There will be an opening reception the evening of Sept. 8. Nordia House is the result of years of planning and fundraising by the Nordic community, and opened to the public June 26.  Its mission is to celebrate the contributions of the Nordic countries to the world. In addition to exhibitions of history and art, the center will also offer lectures, films, performances, classes and workshops, and a variety of special events.

“Strangers in the Land:  Security, Hospitality and Immigration” will be the subject of a Sept. 3 lecture by Mattathias Schwartz, a staff writer for the New Yorker and contributing writer for New York Times Magazine.

Co-sponsored by the Institute for Judaic Studies and Congregation Neveh Shalom, the talk will discuss whether we are “living up to our obligations as outlined in the Torah and as dictated by our ethical and moral principles.”

Schwartz won the 2011 Livingston Award for International Reporting for his piece, “A Massacre in Jamaica” on the extradition of Christopher Coke and the killing of 72 civilians in Kingston.

He was nominated for 2013 Livingston Award for “A Mission Gone Wrong.”

Schwartz earned a bachelor’s degree from Swarthmore College, graduating with high honors. From 2002 to 2005, he was editor and publisher of The Philadelphia Independent. As a freelance writer until 2013, he contributed to the New Yorker, the London Review of Books, the New York Times Magazine, Wired, Harper’s, the Wall Street Journal, MIT’s Technology Review, Bloomberg Businessweek and many other publications.

B’nai B’rith Camp is hosting ReJewvenation, its 11th annual women’s retreat, Sept. 25-27. Chaired by Michelle Caplan, ReJewvenation offers a weekend of relaxation, fun and inspiration to all women over 21 years of age.

The weekend features crafts, a cooking demo, spa treatments, yoga, canoeing and more.  There is also a raffle, silent auction and mitzvah moment that will help raise scholarship money for BB Camp.

Register online at bbcamp.org/ReJewvenation. The cost is $200 before Sept. 1; $240 thereafter.