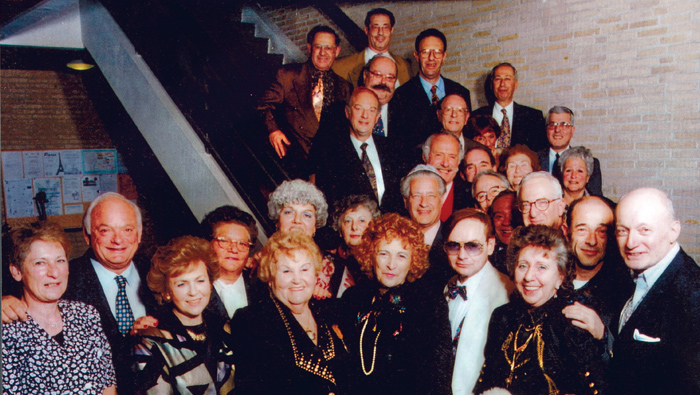 The recent donation of materials about Luba Tryszynska, “The Angel of Bergen-Belsen,” adds an important message to the collection of the U.S. Holocaust Memorial Museum.

“As important as it is to know about man’s capacity for evil, it is also important to know man’s capacity for good,” says Judith Cohen, the museum’s chief acquisitions curator. “We don’t think of rescuers in a camp. Her altruism rescued 52 children from the Netherlands and about 50 from other countries … It is important to study goodness, or we will be overcome with a nihilistic view of the world. The moral of the Holocaust is people make choices for evil or good.”

Luba Tryszynska-Frederick, z”l, rescued about 100 children while she was herself a prisoner in the Nazi concentration camp where some 50,000 Jews died. After her 3-year-old son had been sent  to the gas chambers in Auschwitz, Luba was transferred to Bergen-Belsen in the summer of 1944. Hearing children crying her second night in camp, she went out to find 54 children ages 2 to 14 who had been dumped from a truck and left to die in the camp.

“She brought them under her wing,” says Judith. “Of the original group of 54 Dutch children, 52 survived – an amazing ratio.”

About 50 more children from other countries were brought to her for protection in the months leading up to the April 15, 1945, liberation of the camp. She scrounged for food and tried to keep them quiet in her barracks so they would not annoy the guards. Following liberation, many of the Dutch children returned to Holland, and she escorted many of the other children to a displaced persons home in Sweden.

In 1947 she immigrated to the United States, where she and her husband, Saul Frederick, also an Auschwitz survivor, raised two children.

In 1995 many of the children she rescued brought their children and grandchildren to a reunion with the woman who saved them.

A collection of Luba’s photos, articles and letters from the children she saved were donated to the USHMM by Luba’s cousin, Ruth Saltzman, mother of Arizona Jewish Life Publisher Cindy Saltzman. Judith came to Portland, where Ruth resides, in early February to accept and transport the collection to Washington, D.C.

The papers and photos are now housed at the USHMM’s new David and Fela Shapell Family Collections, Conservation and Research Center, a home for the museum’s archives slated to open April 15. All the items in the museum’s permanent collection have been transferred to the new state-of-the-art facility designed to preserve photos and documents.

“Our main concern is preservation of artifacts,” says Judith. “With time, documents tend to deteriorate. Our collection is the survivors’ eyewitness accounts of what happened. This is what will remain of authentic documentation that is so crucial.”

The new facility will also serve as a reference center so people can come and do research on original artifacts. Formerly researchers could request a document from the museum’s archive, but it had to be transported to a research area. Now items will be available onsite; researchers can request specific catalogs, photos or entire collections that are cataloged with general descriptions of their contents.

The expanded access to safeguarded artifacts will enable the museum to further its important mission, says Judith. Noting that last year the museum welcomed its 40-millionth visitor since opening in 1993, she says, “We are introducing the Holocaust to many people who had heard nothing about it. It is crucial to share these lessons. … It’s not just the numbers, but the fact we make sure everything is historically accurate. Our website reaches people around the world in countries without Holocaust museums.”

“It shows what can happen when you turn a blind eye to evil and how quickly horrible things can happen,” she says.