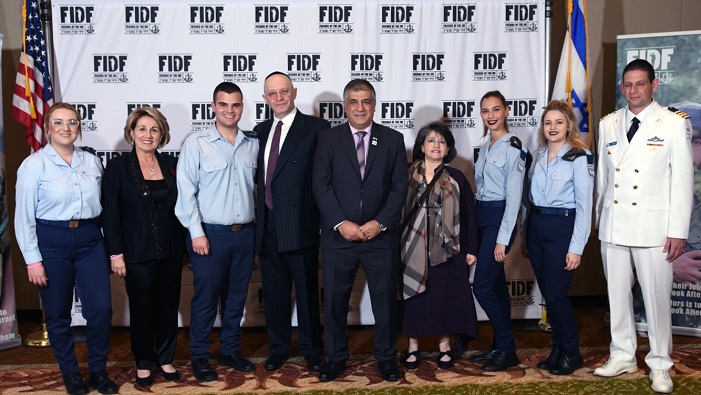 The gala, which honored Israel’s soldiers and celebrated 70 years of the IDF, was chaired by Oren and Rene Kattan and featured a keynote address by former Arkansas Gov. Mike Huckabee.

FIDF sweepstakes winner Rita Shmulevsky and her husband Mark flew from Portland, OR, to attend the gala. Their son Arthur had served as a Lone Soldier – one who volunteers in the IDF without any immediate family in Israel.

“As they did 70 years ago, the brave men and women of the IDF still put their lives on the line every day to protect Israel and Jews around the world,” said FIDF Florida Executive Director Dina Ben-Ari. “This evening gave our supporters the chance to hear from steadfast supporter of Israel Mike Huckabee – and they were able to meet and personally thank some of the brave soldiers who risk everything to defend the Jewish homeland.”