With a child starting college next fall, I continue to monitor the news about what is happening on college campuses for Jewish students. There continue to be resolutions to have universities divest from companies that do business in Israel, anti-Semitic incidents are on the rise, academic organizations are boycotting Israeli universities and excluding their faculty, and American university professors have refused to sign off on students wishing to study abroad in Israel. To say the least, the campus environment is not easy for many Jewish students.

Pitzer College in southern California has had a longstanding relationship with the University of Haifa in Israel. For years, students from Pitzer have been studying there. Recently, the faculty voted to suspend the direct-enroll program at the University of Haifa. The faculty motion, which highlighted the Palestinian cause and supposed legal restrictions on “critics of Israeli policy,” included no other overseas university. This is a classic example of the efforts of the Boycott, Divestment, and Sanctions (BDS) movement, who claim a global social justice agenda while they only criticize and attack one country (and the only democracy in the Middle East) – Israel.

Now, let’s acknowledge that Israel is not perfect. There are many views on the current government, its policies, and how to potentially achieve a two-state solution with the Palestinian people. 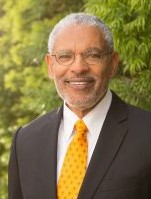 But the President of Pitzer College Melvin Oliver, wrote an incredible rebuke of the faculty’s decision that I want to share and I believe addresses BDS and so many other current issues:

In the wisdom of the early founders of the College, it was recognized that the Faculty have the subject matter expertise and educational background to review curriculum and policy decisions that promote the educational objectives of the institution, advance our educational mission, and promote the well-being of our students.

I have listened to the arguments and observations made in support of this motion and frankly, I find that they show little or no consideration for our educational objectives and mission; in fact, I find the outcome of the discussion to be a repudiation of our educational mission. To deny Pitzer students who want to study at University of Haifa the opportunity to study abroad and to enter into dialogue and promote intercultural understanding at the altar of political considerations is anathema to Pitzer’s core values. If the suspension of the University of Haifa program becomes a reality, this will be paltry support for the cause of Palestinian rights and a major blow to the reputation and reality of Pitzer College as a scholarly institution committed to its stated values of intercultural understanding and the ability of students to pursue their vision of educational engagement.

Pitzer College, along with every college in the country, promotes exchanges and study abroad in countries that many consider having human right’s abuses. China, for example, has killed, tortured, and imprisoned up to one million people in Tibet and utterly obliterated the Tibetan nation. Additionally, China currently has one million Muslims imprisoned in re-education camps. Why would we not suspend our program with China? Or take our Pitzer in Nepal program that has been run for over 40 years. During that time they have had a bloody civil war that killed 19,000 people. Why Israel?

The faculty’s action has already caused Pitzer College substantial and unnecessary damage by creating the impression that Pitzer is an illiberal place. I want Pitzer College to continue to be known for its appreciation of diverse political and social views. To do that we need to reject this restriction and double down on our engagement with communities we disagree with, whose political systems we decry, and where discrimination and bias are endemic. We have much to give as both individuals and a community and, equally, much to learn, and that is the educational mission that we need to preserve and protect.

This is not only the perfect argument against BDS, but also an important message about how we dialogue about our own country’s political climate, Israel and so much more. Thank you, President Oliver.

Marc N. Blattner is the president and CEO of the Jewish Federation of Greater Portland. His weekly Marc’s Remarks are distributed via email each Friday.