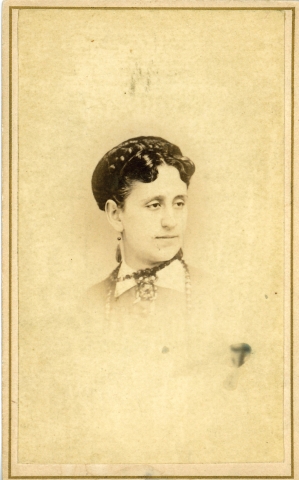 Oregon’s Jewish settlers may or may not have studied the Talmud’s precepts, but they definitely took Rabbi Hillel’s advice to heart.

During the state’s first century – and especially during its first 50 years – Oregon Jews made impressive contributions to political and civic life. While those contributions continue into the present day, with Sen. Ron Wyden Oregon’s highest-ranking Jewish elected official, the number and range of those earliest achievements are stunning.

Though few in number, pioneer Jews provided leadership at state, local and national levels, both through elective office and other endeavors.

Jews served as mayors in towns from Astoria to Pendleton and Troutdale to Burns, in state government, and in roles as varied as postmaster and Internal Revenue Service agent.

“The key is that Jews arrive at an early stage of settlement – they come in on the ground floor,” she said. Especially important was the role of Jews as businessmen, she added. “Often the first major building in a small town was built by a Jewish merchant.”

Eisenberg has written extensively on Western Jewish history, including in the 2009 book Jews of the Pacific Coast. She is currently at work on several essays for a survey of Oregon Jewish history to be published by OSU Press in conjunction with a major exhibit at the Oregon Jewish Museum.

“Jews were very much embraced as part of pioneer society,” she said. “They are trusted by their fellow citizens and welcomed into all sorts of societies.”

Bernard Goldsmith, who became Portland’s first Jewish mayor in 1869, is a case in point.

Described as “an enterprising man,” Goldsmith had become Portland’s eighth wealthiest resident – with reported assets of $100,000 – by 1870, just nine years after arriving in the city.

“I have been identified with almost everything that has been going on in this town since I came here,” he once said.

Born in Bavaria in 1832, in a town where his family had lived for some 300 years, Goldsmith was the oldest of eight boys and two girls born to a wool merchant.

He came to the United States in 1848, staying for a time with relatives in New York City before heading to the California gold fields in 1850. He earned $8,000 from packing supplies to the gold camps and, after some setbacks, was involved in a string of successful businesses from San Francisco to southern Oregon.

Barely 5 feet tall, he was a cavalry officer in the Indian Wars in northern California and southern Oregon in 1855 and 1856. He’s credited with preventing a renewal of fighting by personally taking Indians’ complaints of abuses to the regional superintendent for Indian affairs in San Francisco.

Arriving in Portland in 1861, he bought a jewelry store and opened an assay office, buying gold dust. With some of the profits, he and several of his brothers founded a wholesale dry goods business that became a major supplier of frontier troops.

Goldsmith quickly became involved with Portland’s financial elite. He was one of 12 board members of the Stock and Exchange Board; among five initial investors in what became First National Bank, the first nationally chartered bank on the West Coast; and a key player in cattle ranching, wheat exports, mining ventures, railroads and water transportation.

He imported Cotswold and Merino sheep and Durham cattle stock into Oregon, and, in an account given to historian Hubert Howe Bancroft, claimed to have done more “toward raising the standard of beef cattle than any other man in Oregon.”

Like many of the early Jewish settlers, Goldsmith had an advantage: Oregon was not his first stop in America. He had lived in several places and learned the language and the culture. He also was among the largest foreign-born group – the Germans – in an increasingly diverse city.

Historian E. Kimbark MacColl described Portland as “one of the most heterogeneous cities in the Far West” by 1870, with nearly a third of the city’s 8,293 residents foreign-born, and half having at least one foreign-born parent. In this frontier melting pot, Jewish merchants like Goldsmith were respected as community builders.

As mayor, Goldsmith urged purchase of several of the downtown Park Blocks and what became the nucleus of Washington Park, and supported an ordinance requiring shade trees to be planted by store owners along city streets.

He believed his greatest achievement, however, came after his tenure as mayor: constructing shipping locks on the Willamette River at the falls near Oregon City, completed in 1872. The state legislature provided $200,000 in funding for the project. Costs doubled, and Goldsmith and his associates paid the difference in an effort to break a transportation monopoly.

“Ultimately, he was forced to sell out to his rivals at a great loss,” noted The Oregonian, which praised the locks as “a monument to his public spirit and enterprise.” Thanks to the locks, “The people of the Willamette Valley have secured forever immunity from excessive railroad charges and discrimination.”

Goldsmith’s successor as mayor, Philip Wasserman, was, like his close friend Goldsmith, a Jewish immigrant from Bavaria. Wasserman had served three terms in the state legislature before his election as mayor, and served on the Portland School Board afterward.

“Standing for local public office was seen as the duty and responsibility of those who had achieved prominence,” Steve Lowenstein wrote in The Jews of Oregon: 1850-1950. “In Portland, seven Jews served on the common (city) council in the 1860s and ’70s; three occupied the post of city treasurer; and one was the city attorney.”

Oregon’s pioneer Jews – and their children and grandchildren – embraced that duty, whether through public office or civic involvement. In doing so, they created a legacy of leadership.

“Possessed of good judgment, a strong will, progressive ideas and a reputation above reproach, it is not singular that he was a most useful and exemplary citizen,” The Oregonian said of Goldsmith after his death in 1901. “His life was a lesson of straightforward, manly endeavor; … and though, perhaps for lack of greater selfishness, he did not die a millionaire, he leaves the world with the respect and confidence of his neighbors and all who knew him.”

Ambassador to Turkey – Solomon Hirsch, one of Louis Fleischner’s partners, was born in Germany and came to the United States at the age of 15. He spent several years in the East, and then lived in Silverton and Dallas before moving to Portland in 1864. He served three terms in the Oregon Senate, and in 1885 failed by one vote – his own – to be elected by the state legislature to the U.S. Senate. In 1889 he was appointed U.S. ambassador to Turkey, a major diplomatic post.

A Life of Service – Portland attorney Joseph Simon was “clearly the most powerful individual in Oregon’s politics from 1880 to 1910,” according to historian E. Kimbark MacColl. Born in Germany in 1851, Simon came to the United States when he was 1 and to Portland by the age of 6 – when there were just two homes built on the entire east side of the Willamette. He apprenticed at the city’s most prestigious law firm, and in 1872 was one of three Jewish lawyers admitted to the Oregon State Bar. He served as state GOP chairman from 1880 to 1886, as a state senator from 1880 to 1891 and again from 1895-1898, was a U.S. Senator from 1898 to 1903 and was elected Portland mayor from 1909 to 1911. After his death in 1935 the Portland City Council passed a resolution praising him: “Fearless in his convictions, yet as a true man he was ever ready to accord to others the right of personal judgment … No tribute to his memory can be unduly exaggerated.”
. . .
Sura Rubenstein is a freelance writer in Portland.