On the afternoon of May 28, Oregon State University students received an email containing a letter from the Associated Students of Oregon State University with the subject line: “A message from your student government: ASOSU says Free Palestine!” (Read the complete letter here.) Four members of the ASOSU board signed the letter.

Immediately, Andy Gitelson, executive director of The Oregon Hillel Foundation, which serves students at the University of Oregon and OSU, started receiving texts, emails and instant messages from concerned students and parents. Community leaders, StandWithUs and the Anti-Defamation League also reached out, offering their support. Andy states that he doesn’t know anything about these four people; maybe they have family involved in this, just like the Israeli students at OSU have family involved. He also doesn’t know if anyone at the university signed off on the statement before it was sent. 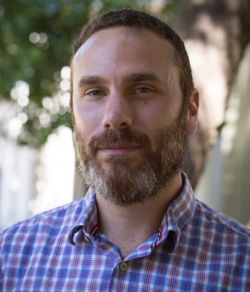 Andy went to work crafting a reply (read it here) because he wanted to respond that afternoon, before the Memorial Day weekend. “Our primary goal, anytime anything like this happens on campus, is to support the students as best we can and to elevate the voices of the students that were marginalized by this statement,” he says.

Andy hoped that he would hear something back from them by Wednesday or Thursday of the following week, but he has still not received a response. (On June 8, there was an anti-Israel Instagram post on #asuogov that stated “ASUO exec stands in solidarity with Palestine” and features a statement signed by the ASUO president and vice president.)

“We’ve followed back up with our contact in the office of Equity and Inclusion and still have yet to hear anything,” says Andy. “We’ve been reached out to by alumni asking what they can do and how they can support community members and the students in Corvallis.”

The university provides a biased reporting form online for any student who experiences bias on campus. Once a student fills out that form, it triggers a review. Andy has been encouraging students who have contacted him to fill out that form.

“We’re not telling them what to say or how to say it – we want them to share their feelings,” says Andy. “Us elevating their voices is one thing but the university hearing from a number of students about how this impacted them carries far more weight.”

Being the end of the term, students were getting ready for their last week of classes and turning in projects, and this incident has impacted them adversely. Some have said they have had a hard time concentrating and focusing.

Andy says that Hillel has a couple of part-time staff (one will be moving to full-time in August) that has been offering to meet with students. They connected with the local rabbi from Beit Am in Corvallis and met with some students by the Memorial Union on campus.

“A couple of students came over in support of the ASOSU statement, and others were not in support of it, and we just listened,” says Andy. “We tried not to be there to convince people but really just let them feel heard, to learn more about them in terms of how we might be able to help them with resources to see the vastness of the complexities of the issue.”

Another challenge is that Oregon State University is in a presidential search, so it’s been hard to build a relationship there. On the other hand, Michael H. Schill, president and professor of law at the University of Oregon, is an ally of the community and wrote a letter titled, “Condemning anti-Semitic Violence” on June 2. (Read that letter here).

Due to the limited physical presense due to the pandemic, there have not been many antisemitic incidents on campus, although students have mentioned harassment online. And there was a report from a student in Eugene a couple of weeks ago who was verbally attacked on a city bus for wearing a Star of David necklace. “I brought it to the attention of UOPD and the Eugene Police Department, and a local FBI in a meeting that we had with them,” says Andy. He adds that they have stepped up security in their building and when they have students pick up Shabbat dinners on Friday night there is a UOPD officer present.

Andy is looking forward to returning to a more “normal” campus life in the fall when the students return to in-person learning and Hillel can continue to build their community and have an opportunity to connect with the non-Jewish community. Also, to open doors for those who may never have connected with Jews before and teach them a little bit about the Jewish community and culture in hopes that it might affect antisemitism and future support of the community.

“I think the key to all of it is the relationship-building piece,” says Andy. ‘It’s easy to stand on a platform and say this is antisemitism, but if we’re not helping to build the connections as to why that is, and we’re expecting someone just to have a deep, rich history and knowledge of the Israeli-Palestinian conflict or the Jewish people, that’s an unreasonable approach in my book.”