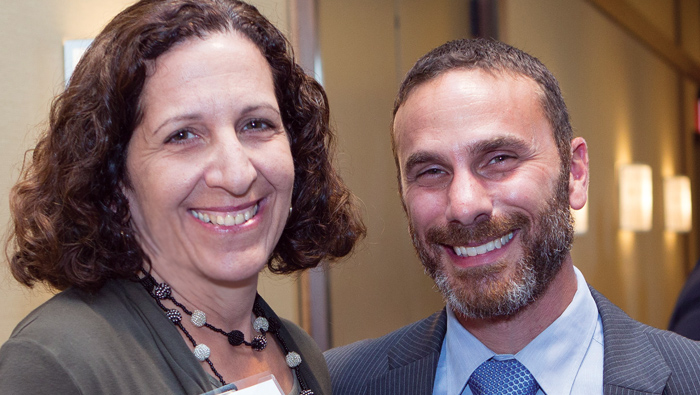 Oregon Hillel Foundation is one of 10 programs chosen by Hillel International to participate in the pilot program of its Excellence Accelerator, which is providing resources to help campus Hillels improve operations and increase engagement with Jewish students. The program began in December 2016 and will continue through June 2018.

“The idea of the accelerator is to bring together core Hillels that have shown growth, but don’t have a large pool of historic resources,” says Oregon Hillel Foundation Executive Director Andy Gitelson. The initial cohort, which met for the first time last December, includes a cross section of Hillels serving small private schools, large public colleges, metro campuses and multiple campuses. Oregon Hillel serves students at the University of Oregon and Oregon State University.

“This program is intended to take Hillels that are performing well and help improve their governance structure, financial structure and development plan,” says Sharon Rudnick, board president of Oregon Hillel Foundation.

During the 18 months of the pilot, participants will focus on developing effective leadership and governance within the campus Hillel; developing donor databases and strategic growth plans; assessing fiscal health and building a financial plan for the future; and aiding the measurement and collection of data to quantify successes.

Andy and Sharon, who are the lead partners for Oregon’s participation, both describe the early focus of the accelerator as “triage.”

“It started with triage with Hillel professionals who looked at what and how we do things,” says Sharon. “Their feedback was invaluable.”

“We sat down with members of different departments of Hillel International to triage key areas and develop a work plan and decide when to address each area,” says Andy.

Andy says an early focus for Oregon Hillel is to streamline its data management and to work on board and governance issues. This spring a representative from Hillel International’s data team helped Oregon Hillel “unpack” its data regarding student engagement.

“She also went with us to speak to the admissions team at UO to look at ways to work together to recruit Jewish students to UO – to deepen our relationship with our own university,” says Andy. “Our ultimate goal is that every Jewish student makes a lifelong connection to Judaism and Israel in a way that is personally meaningful to them,” he explains. “If we improve back-office tasks, we can serve students better.”

Sharon says she can already see the possibilities of the pilot program.  “My hope is that we end up with governance and development infrastructure that can really support this organization we are growing,” says Sharon, noting that other colleges in Oregon have approached the Oregon Hillel Foundation requesting assistance to engage their students. “We’d like to say ‘yes.’ That requires deeper infrastructure and support, and that’s what we are trying to build.”

Participation in the accelerator required a financial investment. Andy says that the Jewish Federation of Greater Portland provided two-thirds of the investment Oregon Hillel needed to participate. “Federation is partnering with us in this.”

In a press release announcing the program, Hillel International President and CEO Eric D. Fingerhut said, “The Excellence Accelerator is an important step in helping our Hillels improve Jewish student life on campus, no matter its size or level of funding. This new approach will streamline the process for providing much-needed resources to help campus Hillels do the important work of inspiring every Jewish student to make an enduring commitment to Jewish life, learning and Israel.”