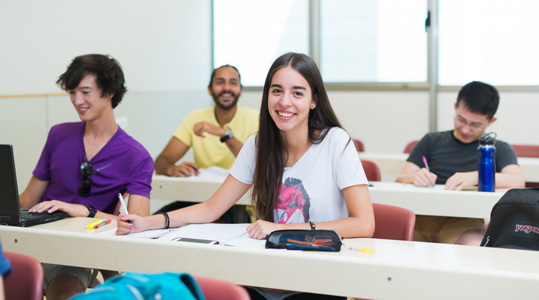 The Council for Higher Education (CHE) updated the multi-year forecast of the number of first-year students expected to study high-tech subjects. The original plan, which was formulated in 2016, set 2017 as the base year of the five-year plan. However, since the plan and incentives began, data provided by universities and colleges indicate that the number of students starting in high-tech programs is even greater than expected, necessitating an update to the forecast.

When the number of first-year students enrolled in high-tech programs forecast for 2022 (11,059) is compared with the number of students in 2011 (5,693), an astounding trend is revealed. The new data indicate a growth of nearly 100 percent over this period.

Professor Yaffa Zilbershats, Chair of the Planning and Budgeting Committee (PBC), said, “The high-tech studies revolution has reached a new level, and that is very significant news for the State of Israel, the Israeli economy, and academia. Undoubtedly, the expansion of the infrastructure and the increase in incentives that we have implemented in recent years, that are more focused on high-tech tracks and less on fields with which the market is flooded, have achieved their objective in bringing about the sharp gains in the number of students studying engineering and computer sciences. In light of this success, we have resolved to continue to strengthen high-tech majors and significantly increase the incentives for institutions to expand enrollment and admit many additional students to courses of study that train them for the high-tech industry.”

Graduates in the relatively new field of data science and engineering are needed as companies use predictive and user behavior analytics to extract value from big data in order to produce new information to support decision-making processes. Academic institutions have submitted requests to open new programs in the current five-year period. These courses of study require the students to learn algorithms and technologies for the analysis of very large databases (big data) in a variety of fields of knowledge. In response to this need, the CHE has approved 16 new data science courses: eight courses for a bachelor’s degree and eight for a master’s degree.