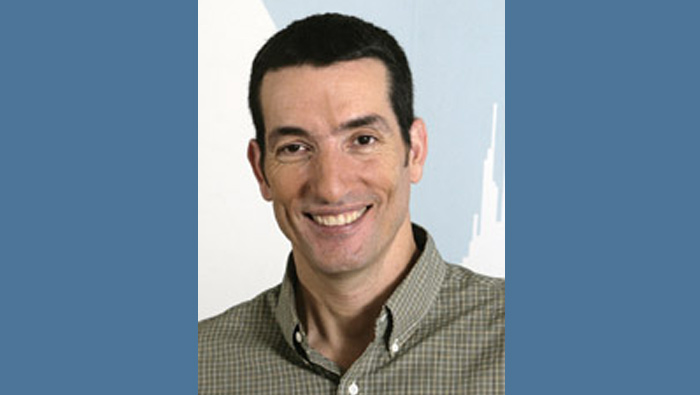 After a stormy session in February the Knesset passed in its first reading, by a 50-43 majority, the controversial “Law for the Transparency of NGOs.” It still must be brought to two additional votes, but it appears to be on the fast track to being enacted into law.

Referred to in the media as the “NGO law,” it was initiated by Minister of Justice Ayelet Shaked. It would compel NGOs that receive funding from foreign governments, or NGOs associated with foreign governments, to reveal which governments (or NGOs on their behalf), are contributing to Israeli NGOs and the amount being allocated.

I believe it was F. Scott Fitzgerald who once said: “The test of superior intelligence is to hold two totally divergent opinions at the same time.” It seems particularly apropos to this topic.

Foreign governments support numerous NGOs, which are active in Israel and the West Bank, that propagate slander against Israel. The incessant incitement and false accusations from entities supposedly dedicated to human rights are creating strategic damage; some control is needed. On the other hand, many legitimately claim this NGO bill is another link in the Netanyahu government’s chain of delegitimization around human rights organizations as well as political opposition to Netanyahu and Likud.

The original NGO law is undoubtedly an initiative of the far-right elements of the coalition. But its current form should not be automatically discounted because of its “place of birth.” Doctor Ronen Shuval of the controversial right-wing NGO Im Tirzu (the name taken from Herzl’s famous saying “Im Tirzu ain zo agada – If you will it, it is not a dream”) makes the case for the law:

“Imagine what would happen if Israel decided to intervene in the affairs of European democracies. … Imagine what would happen if Israel decided to make available funding to organizations operating in Spain for Catalan or Basque independence. … Democratic nations do not behave in this way towards other democracies. If they want to exert their influence, there are many legitimate ways to do so. Creating and funding organizations that strive to undermine the will of the majority in a friendly country is not one of them. For years, European nations have tried to undermine Israeli democracy. They have become the main financiers … (of) those who labor day and night to brand IDF soldiers as war criminals, who brand Israel as an apartheid state, who campaign for boycott and sanctions, who organize Israel Apartheid Week on campuses. …There is no greater contempt for democracy than to trample the values and the election results of another democracy like Israel.”

That is only half the story, however. Gilad Grossman is the spokesman for the human rights NGO Yesh Din (there is a law), which works throughout the West Bank collecting information on human rights violations and bringing them to the attention of the public.

He writes, “(T)he law is shameful, not only because it constitutes a continuation of incitement by the government and the extreme right-wing against human rights organizations, but also because it differentiates between organizations identified with the left to those identified with the right.” Here Grossman is referring to the fact that the proposed law only requires government funding be revealed. Private donations can remain anonymous. Most right-wing NGOs receive their funding primarily from private donations.

Grossman continues: “It is a sad day for democracy because with this law, which was supported also by the Kulanu party (a more moderate, social-oriented centrist party in the coalition), and similarly put forward by Tzipi Livni (justice minister in previous government, now an opposition leader), permanently locks into Israeli society the concept that human rights organizations are agents of foreign countries. This is a lie meant to discourage Israeli citizens from acting on their beliefs. … Human rights activists operate out of belief and it doesn’t matter if funding comes from Europe, America, Australia or Israeli citizens.”

While still controversial, the bill has become somewhat less so than the original version on two issues. The first was Netanyahu’s insistence to remove the obligation that in the Knesset or at official events, all NGO activists must wear a badge identifying the NGO for which they work. The second issue was the Kulanu party’s demand that sources of funding must be revealed only if an NGO receives more than 50% of its budget from foreign governments. This modification was adopted despite Netanyahu’s opposition.

So is the NGO law a vital and overdue bill that will limit and perhaps stop the modern-day blood libel from throughout the Western World? Or is it a right-wing government yet again forcefully changing the political balance and imposing its ideology on Israel through legislation by virtue of its slim majority?

Like every complex question, the answer is never clear cut. There is little doubt that these human rights NGOs have brought much of this on themselves. It is not coincidental that as this bill was being drafted, the Shovrim Shtika (breaking the silence) NGO, made up of IDF soldiers who claim to have witnessed human rights violations against Palestinians, were appearing in international forums claiming alleged transgressions by soldiers. Some of the claims have been vehemently denied by other soldiers present at these incidents and remain unproven.

The majority of sane, centrist Israelis (who remain the majority for now), traditionally have grudgingly respected Shovrim Shtika. They are combat soldiers who have earned the right to criticize and expose injustices they have witnessed personally. Until recently, they were allowed into schools to address students. But speaking to foreign audiences, often in events sponsored by organizations dedicated to the delegitimization of Israel, has caused this and similar NGOs such as Yesh Gvul (there is a limit) and Btzelem (the image of humanity) to lose most of their credibility in the eyes of previously sympathetic Israelis like myself. There is no justification to play into the hands of those who would agitate against Israel even if every settlement were dismantled and the entire West Bank became Judenrien. For such organizations, the problem is the very existence of Israel, and Israelis who willingly or naively strengthen these groups should be condemned and scrutinized.

Recently, Israel Broadcast Authority reporter Eliran Tal revealed documents that prove foreign governments and hostile international organizations purchase testimony against Israel and the IDF. Perhaps Israel’s most respected journalist, Dan Margalit, wrote, “If the Israeli NGOs were funded from abroad but were active only in Israel, then their claim that they are seeking to make Israel and the IDF better places would be credible. But if they limited their activity to Israel, then they would not get such generous funding from abroad.”

But Margalit and fellow journalist Ben Caspit are not convinced that the NGO law is necessarily the right step. Caspit writes: “Let’s talk about Shovrim Shtika. I have spoken and written many times against them. They and their sister NGOs can drive you crazy, but that is democracy. It’s hard but that’s the point … They exaggerate, they blow things out of proportion and even with my military experience in the territories and my journalistic experience, there is no way that I believe some of their testimony. But let’s not forget that that there are many Israelis that believe that the settlements cause damage to Israel and these NGOs are useful, as long as they focus on activity within Israel and are not ‘informants’ abroad. …. They are our compass. Perhaps an overdeveloped compass, overly sensitive, but that is preferable over the other extreme. It’s really angering that they are running to international forums and causing us damage. But the usefulness is greater than the damage. The usefulness has to do with values and morals. The goyim who listen to these guys hopefully say to themselves that a country that has soldiers like this can in no way be so heinous and reprehensible as we have been told.”

Margalit is less understanding of the activists but opposes the law for pragmatic reasons. “If these NGOs were smart, they would achieve less, but what they would say would have much more credibility. But they apparently are not so smart and prefer to act repulsively in order to get international support. …We should try to convince them, even if they do not want to listen, without limiting their activity in Israel. In any case, most of their sources of funding are now in the public domain anyway.”

Will misguided idealists be convinced of their poor judgment and that their cause will be better served if their criticism is kept in-house and articulated to people who can make the difference without enacting the NGO law? Or do those embittered and hostile people with an axe to grind and willing to cater to whatever views the international community will bankroll make the NGO law a necessity?

I try to distinguish between the legitimate criticism raised against these NGOs and the systematic and ongoing incitement of right-wing politicians and organizations against them.

Over recent months, a disturbing series of developments support the belief that the NGO law is indeed another provocative gesture on the part of the coalition to capitalize on the ever-increasing tensions between Israel and the Palestinians for populist political gain. These include the proposed “Law of Nationality,” the newly proposed “Impeachment Law” allowing the Knesset to strip an MK of his seat if 90 members support the measure, the unjustified criticism in the coalition as well as blood-curdling incitement reminiscent of the pre-Rabin assassination (this time directed against President Reuven Rivlin) and more recently the smear campaign against some left-wing activists as traitors by Im Tirzu. These make many believe that while something must be done to stop Israel’s “human rights” organizations from aiding those who aim to destroy Israel, the proposed law has more to do with political and ideological intimidation and less to do with restrictions applied equally without regard to ideological affiliation.

The recent video posted online by Im Tirzu against left-wing activists was not only abhorrent, it illustrated how incitement, 20 years after the assassination of Yitzhak Rabin, is once again a tool employed by the far right. Caspit was one of the first prominent journalists to bring Im Tirzu into the limelight after the 2006 Gaza Campaign. In one of its first actions, Im Tirzu importantly revealed how the New Israel Fund and other organizations supplied material to the infamous Goldstone Report. But Caspit no longer has any praise for Im Tirzu. Since its work exposing the Goldstone sources, Im Tirzu has become a crazed mutation – extreme, endlessly inciting, hateful. It supports designating and labeling any organization that gets foreign funding while at the same time hiding the sources of its own funding. The ADL did not coincidentally issue a stinging criticism of these videos: “After one of the smeared leftists will be assassinated, these characters from Im Tirzu will say we didn’t mean it. The truth is that they are right. It succeeded in the case of Rabin. Why should it fail now? This excuse always works.”

It is hard to say what the implications of the NGO law will be. If it succeeds in making it more difficult to slander and foment against Israel, then it will be a successful law. But it appears that these activities on the part of the left-wing NGOs is not the primary reason for this bill. If my concerns are correct, then the long-term damage to Israel will be even greater than the damage caused by the left-wing Israeli NGOs collaborating with those who would be thrilled at the prospect of a Middle East without Israel. But if the Im Tirzu’s of Israel prevail, then there will eventually be no Israel, at least as we know it, in the Middle East. Now that is ironic.