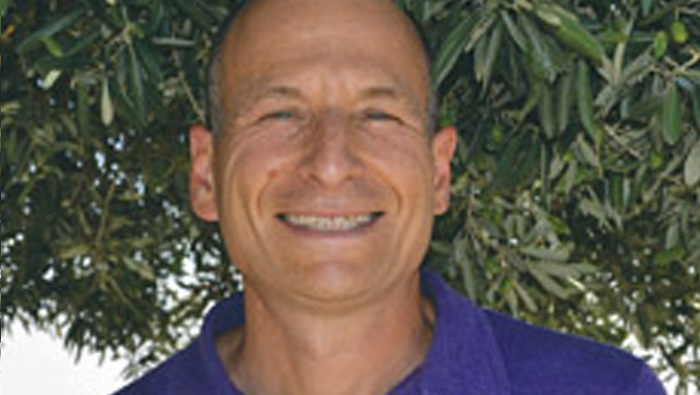 What does it mean to live in a country where the New Year is Rosh Hashanah rather than Jan. 1? Of course, if you are Jewish and care about Jewish traditions, Rosh Hashanah in Israel will provide you with a powerful sense of “group feeling” that comes from living in the only country in the world where Judaism is the majority culture. I would argue, though, that one doesn’t have to be a religious Jew or even Jewish at all to reap some of the benefits from living in a country where the New Year is in early fall rather than winter.

One of the great things about Rosh Hashanah is that it makes sense of one’s experience of the rhythm of the year. Whether you are a student or the parent of a student, or whether you are in the work world, there is a sense of something finished at the end of summer and something beginning again in September. And the change in seasons from summer to fall underscores one’s experience of an ending and a beginning (OK, all right, for those who live in cities like Miami as I did before making aliyah, where summer ends in early November, you can just go on to my next point). Part of Rosh Hashanah’s power, then, lies in the fact that at the exact time when we are predisposed toward ritualizing a new beginning, we have the Jewish New Year.

A major aspect of living in Israel during the fall holiday period is the very fact that the three weeks between Rosh Hashanah and Simchat Torah is a culturally recognized period. (Indeed, while the school year in Israel begins on Sept. 1, the university and work year do not begin until “after the holidays,” aharay ha-hagim, a phrase that starts to come into play in August and is designed to put off any major professional decision for two months – until after Simchat Torah).

A key difference between experiencing the New Year in Israel as Rosh Hashanah and experiencing it in America as Jan. 1 pertains to the ritualization of the process of turning over a new leaf in one’s life. In America people speak about this as making a New Year’s resolution, but because this is not anchored in ritual, it hardly packs any meaning. You don’t have to be religious to understand that ritual has a function in human society – any sociologist and anthropologist will tell you as much. Ritual has a way of concentrating one’s attention and underscoring the significance of what one is doing. In Israel, it is hard to escape from some kind of ritualization of the New Year. Phrases such as “may the curses of this past year disappear and the blessings of the New Year begin” are alive in the culture throughout this period. That is, one may come across phrases like this in advertisements for dishwashers, in holiday greeting cards from one’s employer and on late-night radio talk shows. Special symbolic foods for the New Year abound at our local supermarkets – pomegranates, beets, leeks, carrots, sesame, pumpkin, and apples and honey – encouraging one to treat this period with special attention. A family Rosh Hashanah meal, using some or all of the symbolic foods, serves to ritualize the day for most Israelis. Rosh Hashanah reflections facilitated by ritual are more anchored in Israeli culture than are New Year’s resolutions in American culture, and hence, one is more apt to experience Rosh Hashanah as a new start than one does Jan. 1.

At the risk of going off topic, I’ll close by noting one other key difference between counting down to Rosh Hashanah in Israel and counting down to Jan. 1 in America. In America, the primary countdown in December is not toward Jan. 1 but toward Christmas. There are spiritual and emotional benefits for a Jew to live in a country whose culture counts down to Rosh Hashanah.

Teddy Weinberger, PhD, writes from Givat Ze’ev, a suburb of Jerusalem just over the Green Line. He and his wife, Sarah Jane Ross, made aliyah in 1997 with their five children. Teddy is director of development for Meaningful, a company that works with Israeli nonprofit organizations.