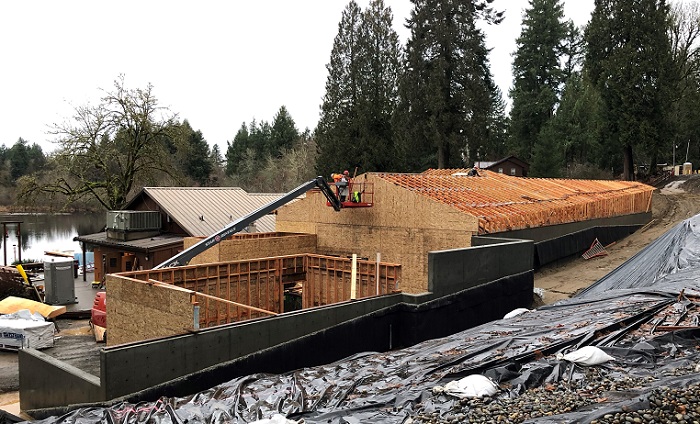 Camp Solomon Schechter’s new executive director, Zach Duitch, wants to use his extensive professional ties to help the Jewish camp and Pacific Northwest Jewish communities strengthen their bond and strengthen each other.

Zach has strong ties to CSS, having been a camper there for seven years, a counselor-in-training one year and a staff member for seven, the last year as seasonal assistant director. For the past 17 years, he’s worked at the Stroum Jewish Community Center in Seattle, including stints as youth counselor and summer day camp director.

“I feel a strong camp community is vital to a strong Jewish community and vice versa,” says Zach.

“I want to leverage my relationship (with Stroum),” says Zach. “We can strengthen each other’s programs and the Jewish community.”

Zach has been meeting with Portland leaders, as well, to see how Camp Solomon Schechter and Portland’s youth programs can benefit each other. He recently met with Mittleman Jewish Community Center and Portland Jewish Academy Executive Director Steve Albert, PJA Principal Merrill Hendin and Rabbi Joshua Stampfer, who founded CSS in 1954. About 500 campers a year now spend part of their summer at the lakeside camp near Olympia, WA.

Zach says he believes day camps are equally important, but when a youth is ready, Zach wants him or her to try resident camp. To that end, this summer CSS is introducing two new sessions: Schechter Katan (July 1-4 or 16-19), a four-day session to introduce first- and second-graders to sleep-away camp; and Schechter Shelamu (July 25-31) to allow Hebrew-speakers in fourth to ninth grade to enjoy summer camp.

This year the camp is also testing programming for children with disabilities and plans to roll out a full program next summer to ensure everyone feels included regardless of special needs.

Inclusion is a big part of Zach’s personal vision for the camp. His personal vision statement includes: “Create a place where all Jewish children and staff regardless of their socioeconomic background, race, color, sex and their spiritual affiliation have a place to feel safe, celebrate diversity and build a community of friends.”

He praises the Foundation for Jewish Camp’s One Happy Camper grants of $1,000 for first-time campers as an important piece of ensuring camp is open to all.

“Camp should not be considered a luxury,” says Zach. “It should be affordable. We are open to talk to anyone to find out what makes sense for a family. Cost should not be a roadblock.”

He urges families to contact him (zduitch@campschechter.org) or call the camp office (206-447-1967) to explore funding options. He wants all campers to be able to experience “being fully immersed in everything Jewish – friends, role models, food, sports, shirah, dance, experiential learning, Shabbat.”

Camp is a magical place with campers fully immersed in Jewish programming that they enjoy with Jewish friends. In Zach’s vision, “Camp will provide cutting-edge fun and create an innovative camping experience that will inspire lasting memories, while fostering a greater appreciation for Jewish life, values, identity and Israeli culture.”

With all the changes coming this summer, Zach emphasizes Solomon Schechter will retain all the rituals, themes and traditions that have made it a special place for more than 60 years.