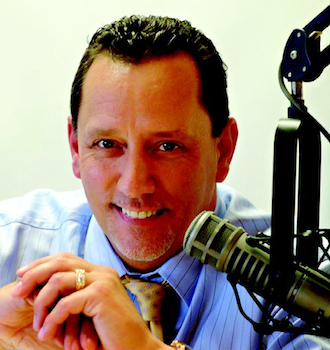 At the end of last year, CNN Money asked more than 30 money managers and investment strategists where they believed the S&P 500 would finish at the end of 2013. The group responded that they realistically anticipated a market value of 1,490 by year end. This estimate would be a gain of just 4.5% over the entire year, likely due to foreseen international issues in Europe, the Middle East – as well as debt, slowing GDP and the implementation of new health care laws in the U.S.

Now in mid-March, the S&P 500 is currently at a 4.4% increase from the beginning of this year, already almost to where the experts expected the market to be over nine months from now. Though some are celebrating attaining former highs, there are increasing voices that seriously doubt the sustainability of this market rally. Why? To start, the so-called “rally” is mild. Let us not forget, $150 billion has been withdrawn from stock mu- tual funds by investors since 2009, and to date only $10.3 billion has been added back during this rally.
So what is behind this rally? Many have been asking this ques- tion and the brokerage-employed “economists” on Wall Street are ready with a “Happy Days Are Here Again” answer, replete with the usual optimistic spin. Professionally, I believe the following could be legitimate reasons for what has transpired thus far:

Late last year, many companies paid accelerated dividends ahead of the looming Fiscal Cliff, so that recipients could pay capital gains tax on that money of 15 percent, rather than the new 23.8 percent for 2013. Since many recipients reinvested those dividends, the resulting rise in share prices lifted the market.

Insurance claims in the aftermath of Hurricane Sandy have resulted in increased sales of cars, furniture and other boosts to the economy, an artificial one-time stimulus that will go away once those homes are rebuilt. The Federal Reserve’s $2 trillion bond-buying program was continued “for the foreseeable future,” giving stock buyers confidence that “Helicopter Ben” Bernanke would keep their party going well into 2013. Given the chatter online about a correction, few now doubt that we are in for a pullback. The only questions are when – and by how much.

Here are the worrisome signs:

Corporate insiders (executives and board members) were nine times more likely to sell shares than buy them last week, a clear sign that those with the most information about the inner work- ings at their firms know what’s coming later this year, perhaps soon, and have already gotten out of the way of it.

CNN Money’s Fear and Greed Index, which looks at the Volatility Index (VIX) and several other indicators to measure market sentiment, has been firmly in “Extreme Greed” mode since the start of the year. According to a valuation warning issued last month at ValuEngine.com, “Stocks are currently overvalued and will become (more so) as long as the bond yield remains elevated and rising …”

The last two times the markets touched their current valuations (2000 and 2007), the markets fell sharply (51 percent and 57 percent respectively) and recovering those values took nearly five years each time. The psychological reminders posed by these levels should not be quickly dismissed by forgetful investors now caught up in the current celebratory fervor.

As many of our readers, clients and listeners know, none of our more than 600 clients have lost money during the last 13 years – because we didn’t place them at market risk to begin with. Paul Farrell of MarketWatch reminds us that “the typical bull market lasts 3.75 years” and that we’re well beyond that already: “This aging bull is now way past retirement age, ripe for a lengthy bear…” Farrell continues: “… More likely, (investors will be lured) into a suckers rally, where the bulls just keep hyping the good times so every naive investor left will finally pile in, fearful they’re missing ‘the race to 17,000’ … forgetting the dot-com disaster in 2000, forgetting the huge losses after the subprime mortgage disaster of 2008 …”

Many are beginning to believe that this market has “nowhere to go but down.” The only question is when it will begin.

Thomas K. Brueckner, CLtC, is founder, President and CEO of Strategic Asset Conservation and was a 2011 National Finalist for SMA’s Advisor of the Year. go2knight.com.