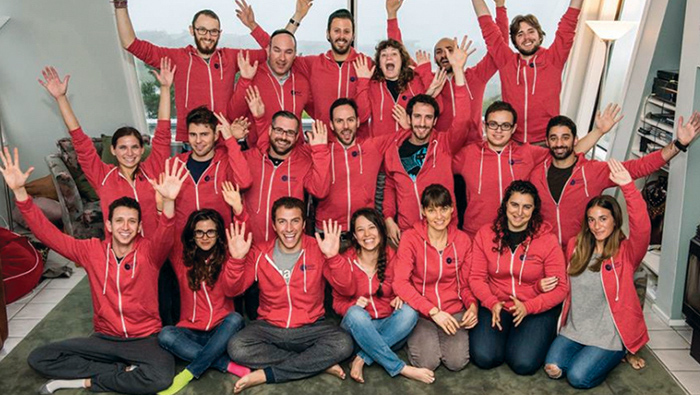 Moishe House, the largest organization in the world serving post-college Jewish young adults, celebrated its first decade with thousands of Moishe House residents, local community members, family members and donors in Asia, Africa, Europe, Australia, North and South America, and Israel. The celebration brought together the global Moishe House community to rejoice and reflect on the last 10 years of creating meaningful and intentional communities for young Jewish adults around the world.

Since its founding with a single house and four people who hosted Shabbat dinners in Oakland, CA, in 2006, the number of Moishe Houses have multiplied. In its first decade, Moishe House has hosted more than 600,000 young adults attending more than 35,000 programs worldwide.

Each Moishe House enables three to five post-college Jewish 20-something professionals to live in a rent-subsidized home while dedicating free time each month to hosting a handful of meaningful Jewish experiences for their peers, or about 60 programs annually.

“After an amazing and inspiring decade, today we have a wonderful opportunity to continue to grow for the future, to expand our reach, to continue to say ‘yes’ to the growing network of incredible young leaders who want to open up their homes and redefine Jewish community to meet their needs and the needs of their peers,” says David Cygielman, Moishe House founder and CEO.