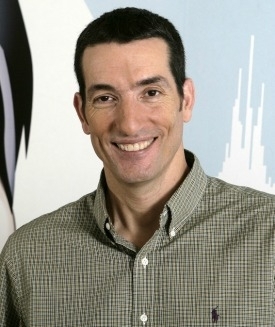 Two interesting events took place the first week of March as I wrote this article. They were hardly noticed internationally, but they offer a compelling view of Israel’s modern-day reality. Negotiations to form a new governing coalition dominated the headlines in Israel. But two other events should be remembered: two Israeli films were finalists at the Academy Awards, and the Miss Israel pageant turned out to be meaningful.

The selection of Yetyish Titi Aynaw as Miss Israel was a wel- come reminder of the amazing stories that comprise the Israeli people. Born in Ethiopia, orphaned at the age of 12, Titi and her brother overcame dangers on the treacherous route to Israel. Arriving in Netanya, with no support network or family other than a grandfather, she graduated high school, became an officer in the IDF Military Police and now runs a fashion boutique. Titi will be a wonderful bridge between communities and an international asset as well.

Another international asset is the almost yearly Israeli presence at the Academy Awards. Each year, the local expectation is that this might be the year one of our movies graduates from nominee to Oscar winner. This year the feelings were significantly different. While two of the five nominees for best documentary were Israeli – “Five Broken Cameras” and “Gatekeepers” – Israelis were ambivalent regarding a possible win. Both films deal with difficult subject matter that might further tarnish our image to a global audi- ence unfamiliar with the intricacies of the region. In contrast to Al-Jazeera and pro-Palestinian propoganda, these movies were produced, directed and funded by Israel and Israelis.

“Five Broken Cameras” documents the weekly violent protests against the security barrier in the West Bank village of Bilin. Portrayed from the Palestinian co-director’s perspective, the film shows only the Israeli force used to quell this weekly ritual. The movie fails to mention that in 2001 and 2002 before the barrier was built, about 20 Israelis a month were killed by suicide bomb- ers. Now this horrible phenomenon is virtually nonexistent.

The oft-criticized Minister of Culture Limor Livnat, surprised many when, despite her clear displeasure with the film, she did not call to change funding criteria. Rather, she said she expects producers and directors of movies that enjoy public funds to exercise more self-censure. She said five broken cameras do not concern her as much as 5,000 family members scarred for life due to the murder and maiming of their loved ones in Palestinian suicide bombings.

In “Gatekeepers,” six former heads of the Shin Bet internal security service are interviewed in depth. All conclude that while we need to use force to survive, we are misguided and are jeop- ardizing our survival if we rely only on force. Agree with them or not, the comments of these six vaunted figures who have dedicated their lives to our protection cannot be disregarded. J.J. Goldberg of the Forward wrote, “An Oscar for either one would be a tribute to Israeli art, but a black eye for Israel.”

In my eyes, however, Israel did win.

I agree with Abe Novick’s Jerusalem Post blog, in which he notes that Israel is rarely “held up as a model of free speech and democracy for allowing its citizens, artists, politicians the freedom to hold the mirror up to itself and reflect itself (warts and all) for all the world to see. The awards and accolades are for the stories that portray its flaws. But the fact that it has the courage to share those stories gets overlooked. The one country in the region that actually allows and encourages the exercise of freedom to self-reflect – moreover, publicly struts down the red carpet, broadcasting its foibles – doesn’t win any awards for its open and transparent media.”

But, as I write this, the major story here is that post-election coalition negotiations are not complete and are as dramatic as the elections themselves. After a month of futile maneuvering, Prime Minister Benyamin Netanyahu formally asked President Shimon Peres for a 14-day extension to try to form a governing coalition. An extension has only been necessary twice in Israel’s history. At the brief ceremony, a frustrated Netanyahu unleashed an unorthodox tirade against the surprisingly strong alliance between Yair Lapid and his centrist-secular Yesh Atid (There Is a Future) party and the right-wing, settler-dominated Habayit Hayehudi (The Jewish Home) party led by Naftali Bennett.
The promising outcome of the elections was the decline of old parties and the success of the new Yesh Atid and the reorganized and revitalized Habayit Hayehudi. The success of those parties transcended the traditional right- and left-wing, secular and religious divisions. Their 31 combined seats attest to the public’s disgust with careerist politicians who protect their own power and their sectoral constituencies at the expense of the public. The dramatic decline of the Likud/Yisrael Beiteinu alli- ance and the near disappearance of the fractured Kadima party attest to the electorate’s stance that it’s time elected officials begin serving the public.

Despite Netanyahu’s victory, he was the clear loser. The problem is, it has taken him a month to understand this. In a state of denial, Netanyahu set out to form a government in the only way he knows. He initially refused to talk to Bennett, antagonizing a party that is a natural partner of Likud. He tried to tempt other parties and individuals with promises of ministries and committee appointments, while not defining government policy and goals. When Bennett realized Netanyahu would try to form a coalition without Habayit Hayehudi, he and Lapid formed an alliance, pledging neither will join a new government without the other. This bold maneuver will likely ensure that the dramatic promise of the elections is fulfilled.

On the surface, this is a very odd couple: Bennett, the leader of a religiously oriented, right-wing, pro-settler party; Lapid, the secular, cosmopolitan, kickboxing son of the former anti-religious justice minister. Actually, these two have much in common. They are young, charismatic first-time politicians who left successful careers to enter politics to help change our deteriorating political, civil and social reality. Each ran on a ticket that demanded posi- tive change: military or national service for all; an end to state handouts to ultra-orthodox, anti-Zionist yeshivas; affordable housing; an equitable tax burden; a reduction in the number of government ministries; and electoral change. While the two parties have vastly different platforms regarding settlements and negotiations with the Palestinians, both realize that if they do concentrate on their many common issues, Bibi will keep the status quo intact. That would end this window for change.

Channel 10’s Raviv Druker said Bibi’s disastrous campaign was a warmup to the mistakes of the coalition negotiations: “He (Netanyahu) has so far managed the negotiations as if everyone was a shopkeeper – a ministry for you and for you and so forth, instead of actually negotiating meaningfully to form a government.” Now, almost two months after the elections, Netanyahu seems on the verge of a reality check. He realizes a government cannot be formed without Lapid and Bennett.

This alliance was created so that the promises of both parties could be fulfilled. This has unintentionally created hope of a secular-religious understanding based on a common agenda and mutual respect. The Lapid-Bennett alliance has thrived, despite the best efforts to destroy it. But many issues divide the two, and it is difficult to foresee what will happen when decisions are required on the Palestinian issue. It is difficult to ignore the fact that some of the Habayit Hayehudi Knesset members are hardcore West Bank settlers whose vision of our future is anathema to me. But these same settlers have given their full support to Bennett’s alliance with Lapid, who supports ceding territory to the Palestinians in a resolution that will end the conflict. This is the first time I have felt something other than hostility toward the settler community. I disagree with almost everything they represent, but they represent a major segment of Israel, and the Lapid-Bennett alliance has kindled a flicker of hope that we can find common ground.

The determination of these two parties to change our daily reality for the better has allowed them to focus on what unites us and not what divides us. If this is the result of these coalition negotiations, then ironically we will have to thank Bibi for unintentionally uniting us. If this happens, in true Bibi style, he will take the credit as if he planned it.
Who cares? Let him. It will be worth it! ”

Mylan tanzer is a Portland native who moved to israel in 1981. He was the founding CEO of the first Israeli cable and satellite sports channel. Since 2005, he has launched, managed and consulted for channels and companies in israel and europe. Tanzer lives in Tel Aviv with his wife and five children. He can be reached at mylantanz@gmail.com.