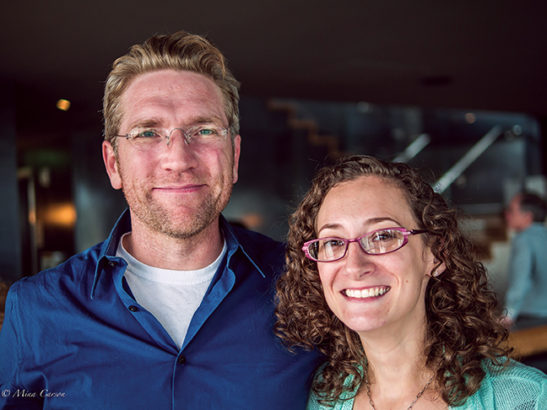 Registration is now open for the 12th Annual Weekend in Quest presented by The Institute for Judaic Studies March 2-4, 2018, at the Holiday Inn Express in Astoria. The annual excursion
in Jewish learning and celebration sells out most years, so early registration is suggested.
The weekend includes four lectures, Shabbat services, Saturday evening program, catered meals and time for exploring the revitalized Astoria overlooking the mighty Columbia River.
Shabbat and Havdallah services will be led by Rabbi Joshua Rose of Congregation Shaarie Torah.
This year’s programming, “Jewish Masculinity and Femininity in the Premodern World,” draws on the expertise of Professors Rena Lauer and Yiftakh Osterloh, who focus on medieval Mediterranean and ancient Mediterranean cultures, respectively. Rena will speak on Jewish-Christian relations and Jewish identity on Venetian Crete. Yiftakh will focus on aspects of Jewish identity resulting from the interactions of Jews with Greeks and Romans.
Since fall of 2014, the two have been assistant professors of history and religious studies at Oregon State University. Rena earned her Ph.D. and M.A. in Harvard’s history department.
Yiftakh earned his Ph.D. from Princeton’s religion department and his MA in Jewish Studies from NYU. The two married after working together on a medieval Hebrew text, Sefer Hasidim, at Princeton University. Both have won OSU’s Trow Award for teaching excellence. The two often present programs or speak on the same panels at conferences, “which has led to us introducing, and responding to, each other’s scholarly presentations,” they wrote in an email interview.
“Between Yiftakh’s study of ancient Israel and Second Temple Judaism, and Rena’s study of medieval and early modern Judaism, lies our shared expertise in Rabbinic Judaism,” they wrote. “We both are interested in the questions that have always underwritten Jewish identity, namely, how did Jews define themselves in the ancient and medieval worlds? How did they relate to and take part in the broader world while still being Jewish?”
Ancient and medieval gender identity will be the focus of the weekend’s scholarly programs. Yiftakh will focus on masculinity and Rena on femininity. They each offered a taste of areas they will explore during the Weekend in Quest.
“The competitive masculine dynamic within Judaism is as old as Judaism itself, coming to the fore, in particular, in the days of the Maccabees, who actively portrayed themselves as more manly
than their Greek oppressors,” wrote Yiftakh. “While Maccabean-Age authors utilized ideals of Jewish masculinity to rationalize their place within the broader Greco-Roman world, they were also willing to reuse these same masculine ideals as an internal test of Jewish authenticity. From the Maccabees to the present, masculinity remains an important – if not also problematic – interpretative category that we use to understand the significance of the Jewish past and present, and our place within it.”
Rena added, “Jewish women in the premodern world were doubly disenfranchised, meaning they had social and legal limits imposed on them from two corners: from being Jewish and from being women. All premodern women in Europe were essentially possessions of their fathers or husbands, and were limited by stereotypes of women’s mental and physical weakness; all Jews in Europe were limited by various laws controlling Jewish settlement and professions, among other anti-Jewish legislation. But despite these real social and legal disabilities, Jewish women found creative ways to get what they needed – socially, financially and legally. Sometimes this involved small acts of independence, and sometimes this involved much more radical choices: from suing their husbands in court to converting to Christianity.”