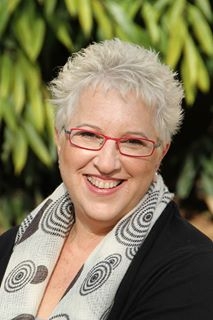 May beckons, bringing all the gloriousness that comes with it. Spring is already on its way out and summer is sending forth its message. The Jacaranda trees are awash with lilac flowers, the pinks and purples of bougainvillea are everywhere and the smell of jasmine fills the air. Yes, even in Israel we enjoy the scents and sights of this delicious season.

But it is the holidays of May that most impact life here – two very special days that touch each and every life. Yom Hazikaron, when the country collectively mourns its dead from wars and terror, and Yom Ha’atzmaut, when we celebrate Israel’s independence. It is a strange time – difficult for many, emotional for most.

My first Remembrance Day for Israel’s Fallen (as opposed to Holocaust Remembrance, which is commemorated in April) stunned me in its solemnity. Traffic stopped, sirens wailed, restaurants closed down, TV stations broadcast the names of the dead and radios played sad music. It is no different today, 21 years after I decided to call this country home. And the day still stuns the soul in its sorrow.

There are the inevitable unfortunate incidents of defiance – the Haredim (ultra religious) do not recognize this day, and therefore they do not stop their usual routines. Their neither stand at attention during the mournful wail of the siren nor stop their cars. They do not consider themselves part of this country in the way that the rest of us do. They offer nothing (unless you consider yeshiva learning a viable contribution to society), but they take what they can. They are generally despised by the rest of the population on this day.

Of course the Arabs do not participate. I do not wish to politicize this column, so I won’t take the subject further. But I always smile a bit cynically when I think about the state they would be in if we had not settled this land.

Then, as if by the waving of a magic wand, night falls and everything is reversed. We are expected to dance and be merry, celebrating the miracle of the land of Israel gaining “official” recognition from the United Nations as the home of the Jews, the former Palestine now an independent state with the right to call itself Israel. It’s Independence Day! Let the barbecues begin!

As I witness the emergence of anti-Semitism around the world, I wonder, once again, about its origins. I’ve heard all the reasons – we killed their lord, we burned their children, we are moneylenders, we are corrupt, we own the media, we don’t accept others into our circles. Oh, just give me a break! Are you kidding me? Are they all lunatics?

Wake up world! Look around you! Syria! Iran! Iraq! South Africa just two decades ago! Want to tell me that we’re the bad guys? I DON’T THINK SO! Yes, we have our faults – plenty of them (I can write you a list). And yes, we have refugee problems, and religious problems, and political corruption and unfair treatment to many citizens, and even less fair treatment to non-citizens. OK, I admit it! Nu? What country doesn’t? Want to tell me you’d rather live in a place where your leader lives in a lavish palace while his people die of starvation? Where a tyrant gasses his citizens? Where a Nobel Prize has never been awarded to one single person? I didn’t think so.

So if you’re going to bitch about the country that I’ve called home for the last 20 or so years, then I suggest you get your tusches over here and see what’s really going on. Experience the love on the streets of Tel Aviv, join the dancing in the ancient alleyways of Jerusalem, hang around on the beaches or swim with the dolphins in Eilat, travel the enchanting countryside of the Galilee, have a fish dinner on the Kinneret, experience the ancient juxtaposed with the modern in the gorgeous town of Caesarea.

Just please don’t make comments about a place you’ve never visited or you don’t really know. Don’t you dare call us an Apartheid State and absolutely do not support the voices raised against us. When boycotts, sanctions and divestments are mentioned give them a piece of my mind. Tell them to go stick it where the sun don’t shine. Tell them to find another scapegoat and to leave us the hell alone already. I’ll put this country up against theirs anytime – when it comes to quality of life and caring for citizens.

And when I started, I thought I was going to write about barbecues and fireworks.

Anne Kleinberg, author of Menopause in Manhattan and several cookbooks, left a cushy life in Manhattan to begin a new one in Israel. Now she’s opened a boutique bed and breakfast in her home on the golf course in Caesarea. For details, visit annekleinberg. com and casacaesarea.com.