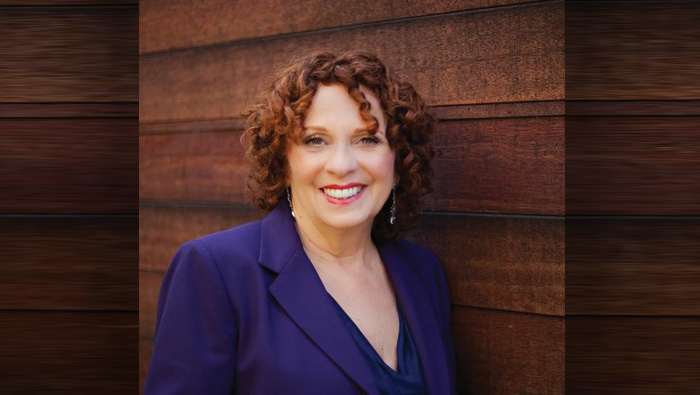 Alzheimer’s is the most common form of dementia and the sixth leading cause of death in the United States. The Alzheimer’s Association website (azl.org) reports: “A number of studies indicate that maintaining strong social connections and keeping mentally active as we age might lower the risk of cognitive decline and Alzheimer’s.”

So in honor of National Alzheimer’s Disease Awareness Month, we spoke with Mindful Aging author Andrea Brandt, Ph.D., MFT, about how you can engage your brain for a more fulfilling life.

“I just turned 77 this summer, and I have never been busier,” says Dr. Brandt, whose book on aging went on sale Oct. 10. She has more than 35 years of clinical experience as a psychotherapist and has been featured as a media expert on numerous television programs, radio shows and podcasts.

Growing up, she attended Sunday school and celebrated Jewish rituals and holidays. While she now considers herself more spiritual than religious, she continues to host a Passover seder every year and celebrates Rosh Hashanah and Yom Kippur.

“I make a beef brisket that is not to be matched,” she says.

She is clearly following the advice in her book’s subhead, Mindful Aging: Embracing Your Life After 50 to Find Fulfillment, Purpose and Joy.

The following interview has been edited lightly for brevity and clarity.

Can you briefly share results of studies that tie continued learning to possible delay of Alzheimer’s?

A study sponsored by the European Commission’s Lifelong Learning Programme found that quality of life improved significantly among participants in educational projects. Another study, conducted by the epidemiologist David Snowdon, of nuns who frequently engaged in mental challenges such as quizzes and puzzles showed that many of the sisters whose brains showed signs of Alzheimer’s disease after they died had continued to score in the 90th percentile on cognitive tests until their death. What we call play, researchers call brain training.

In your book you write: “While there are plenty of health-oriented rewards to inspire you to stay mentally engaged, the biggest bonus is the fun.” Can you share some examples of fun you can have as a mentally engaged/active senior?

Just knowing you’re capable of improving is powerful. If you’ve always wanted to try something, do something, learn something new – an instrument, a language and a creative pursuit – but believed you were too old, think again. I think the following activities can really help our brains as we age: yoga, tai chi and learning a language.

What are some easy ways to start engaging your brain?

What is the key message you would like to share with our aging population about engaging your brain?

The science of brain plasticity reveals that you are capable of, and should, continually grow throughout your life. To remain your healthiest cognitively, continue to learn and do new things – always be stepping into the territory of the new and unknown. Think of brain fitness like physical fitness – if you don’t use it, you’ll lose it.

It is possible to keep your brain fit as you age, and even improve it.