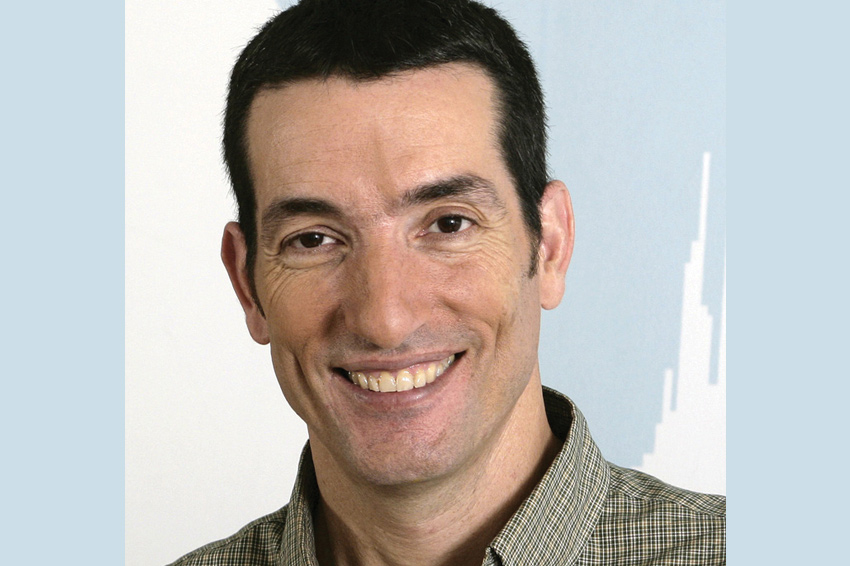 There were three big surprises over the last month. Not necessarily in this order, the first was the almost weeklong storm and cold spell in mid-April, only the third such occurrence since records have been kept. Some Shalom Aleichem-inspired web pranksters launched a convincing story claiming the Chief Rabbinate had miscalculated the Jewish calendar, and thus we would have to observe Passover once again.

The second was the general elections results, which caught the pundits, pollsters and commentators with their pants down. The third surprise, even though it shouldn’t have been, was the United States and the Europeans agreeing to salvage the collapsing Iranian economy to allow a major exporter of terror to upgrade and broaden its behavior under a protective nuclear umbrella.

The slow pace of the negotiations is the direct result of the unexpected election results. Despite an overwhelming victory by the Likud and Netanyahu, it still gave him only 30 seats (which illustrates the fragmentation of Israeli society and our increasingly inadequate political structure), meaning he needs coalition partners. But the nature of his victory strengthened his stature to the point where he is not aggressively pursuing the smaller parties, as he was forced to do in his earlier victories. He is taking his time, which he likely believes will cause these parties to minimize their demands.

By the time I write my next column, there will almost certainly be a new ruling coalition on which I will elaborate. In the meantime, the election results justify not only a column, but an HBO or Netflix multi-season miniseries. Not being able to supply the latter, we will need to make do with the former.

Benjamin Netanyahu. What can one say? Unflinching, the master campaigner did it again. His amazing accomplishment is primarily a personal one. He was the recipient of an unending media attack in the months before the elections, yet he was able to leverage it to his advantage. Likud gained 40% more seats than the final polls predicted. Not since 1981 has a ruling party gained such an increase.

To understand how another victory by the right was achieved, one must understand the diminishing Israeli left wing. It is revealing how the left-wing Ha’aretz dealt with the election result.

Yossi Verter expressed the frustration of the left when he wrote: “Netanyahu succeeded by breaking wildly right, discarding the Bar-Ilan speech (where he stated his support for a two-state solution), by an unprecedented confrontation with the U.S. president, by shamefully lashing out at Israeli Arabs on election day. He exploited dangerously edgy propaganda and incited against organized labor and the media, who he accused of trying to defeat him. The result from a democratic point of view was a healthy one, but it was achieved by means that were anything but healthy.”

Ari Shavit wrote, “First, we must bow our heads; the people have spoken. The elections were free, secret and fair. The deck was stacked against the right. Despite this, the majority went against the flow and crowned Netanyahu as prime minister and the Likud as the ruling party with an Ultra-Orthodox and nationalist coalition. Open-eyed, the public chose blindness. Clearheadedly and soberly, the public chose drunkenness.”

While the elections were expected to be the most socially and economically dominated in our history, this turned out not to be the case. A massive number of Israelis who have become increasingly marginalized in society over the last 13 years should have voted against Netanyahu for their own financial security, yet they clearly embraced Likud.

The left and center arrogantly tried to explain the result was due to Netanyahu’s fear campaign and the ethnic or “tribal vote” of the Sephardic population, instead of an issue-based vote. While this may be true to some extent, there is more to it.

What many on the left do not understand is that for voters worried by the strengthening of the Iranian threat and Hezbollah, and the disintegration of Syria, the peace process with the Palestinians is simply not relevant. That proved to be a liability for the left.

This is third consecutive time Netanyahu will form the government. The last relatively left-wing victory was Ehud Barak in 1999 (Ehud Olmert, was centrist). The final results reflect a long-established trend. The Israeli public is clearly moving right. The right enjoys a clear preference among three growing groups: the young, the religious and the Ultra-Orthodox. Netanyahu’s many failures and many people’s suspicion of him were not enough to override the advantage of the right in the elections.

But there is something deeper at work here. Despite the overwhelming media coverage of economic hardships and the growing social gap in Israeli society, Israel’s security reality constitutes the overwhelming consideration on Election Day; on this subject, Netanyahu dominates the competition. Netanyahu’s responsibility for the desperate housing situation and his problematic personal conduct, combined with the long-term moral and practical implications of no agreement with the Palestinians, are far less important to the Israeli voter than the dangers the country faces throughout the Middle East. This is understandable because these fears are very real.

The chance of solving the conflict with the Palestinians is almost nonexistent and is not a priority for members of the Arab world. With ISIS, dysfunctional regimes, Iran, Yemen, etc. … the Arab countries are up to their ears in matters of life and death, which the Palestinian issue is not.

We face litany of threats after four incredibly tumultuous and bloody years in the Arab world that have brought sinister dangers to our doorstep. Israeli voters are justifiably concerned, and they believe that Netanyahu can deal with these threats.

Amos Harel writes: “Despite the antagonism that Netanyahu provokes in large segments of the population, the alternative was the anemic, pale and unconvincing Yitzhak Herzog”

Israel’s security became the transcendent election issue because, when Israeli voters were deciding who to vote for, the threat posing the greatest danger to the survival of the Jewish people since World War II was in the process of gaining legitimacy and international approval. The negotiations in Lausanne between Iran and the six international powers provided the perfect backdrop for Netanyahu and the Likud, validating the central pillar of their campaign. Netanyahu’s divisive speech to the U.S. Congress two weeks before the elections dovetailed perfectly with the greatest fear that all of us have – a nuclear Iran validated by the West. The ayatollah’s declared aim of liquidating Israel seemed closer. With the negotiations heading toward the result we fear most, Netanyahu appeared nothing short of prophetic. His disputes with Obama and the administration became an electoral asset.

Netanyahu’sclaim that the negotiations would leave Iran’s nuclear infrastructure intact and able to break out at the moment that the regime chooses, strengthened that fear. Also in his favor was the likely removal of sanctions, thus providing Iran with cash to fund its campaigns and proxies in Syria (including opening another front against Israel on the Golan Heights), Lebanon, Gaza, Iraq and Yemen.

As Yaron Friedman writes in Ma’ariv: “now the U.S. is almost certainly going to solve Iran’s financial problems, not those of the Iranian people who will continue to live in poverty, but of Iranian military – with the removal of sanctions. What will Iran have to do in return? A flawed and problematic inspection regime of its facilities, limiting but not eliminating the technology to build nuclear bombs and no restraints on normalization with the Western world.”

Ironically it is Ha’aretz, through Ari Shavit, that makes even Netanyahu’s  fiercest opponents at least partially thankful that he will continue to lead the country. In an article entitled “A Thousand Red Lights,” he quotes from Obama’s interview with Thomas Friedman, when the president remarked, “I’ve been very clear that Iran will not get a nuclear weapon on my watch.” Shavit claims that this is the most important sound bite of Iranian-U.S. rapprochement. He cites the extremely worrisome questions that the agreement raises: Why is there no connection between the Persian and English versions of the agreement? Why does Iran claim vigorously that sanctions will be removed immediately and that they will continue to enrich uranium on an industrial scale and develop advanced centrifuges without limit? Why does the American version allow the Iranians to continue to operate the underground facility at Fordu and the reactor at Arak? Why is the American version unclear about the amount of fissile material that will be taken out of Iran and how much access international inspectors will have?

Shavit adds, “What will happen in 10 years? Don’t we want to survive beyond 2025? Will the Lausanne agreement pave the way to the nightmarish prospect of a nuclear-armed Iran, a nuclear-armed Middle East and the collapse of the world order?” I have come to think that like Winston Churchill in the 1930s, it seems the only world leader who understands the threat to the world is Netanyahu. Unlike Churchill, he has the advantage of the precedent of World War II and therefore, also unlike Churchill’s situation, at least some of the world is listening. Like Netanyahu, Churchill’s political career was littered with failures. But his fight against Hitler and Nazi Germany saved civilization and defined his important legacy. This is how Netanyahu sees his role, and following the acquiescence of the Six Powers, this is how most Israelis now view him.

Over the last several months, many Netanyahu skeptics have come to believe that as long as Obama is president, Netanyahu must remain prime minister. This consideration was definitely one of the factors in the decisive Likud victory. Reading Brett Stephens’ Wall Street Journal article entitled “The Orwellian Obama Presidency,” it is easy to understand why. “There is an upside-down quality to this president’s world view. His administration is now on better terms with Iran – whose Houthi proxies, with the slogan ‘God is great, death to America, death to Israel, damn the Jews, power to Islam,’ just deposed Yemen’s legitimate president – than it is with Israel.”

There was certainly a great deal of consternation in Washington and Europe with Netanyahu’s victory. I believe that at least some of the credit for this lies with the current atmosphere of international appeasement, which raises the alarm bells in Israel and strengthens Netanyahu.

Ironically, I write this column as the 24-hour Holocaust Memorial Day observance begins. A few moments ago, Netanyahu addressed the official state ceremony. Not surprisingly he used the remembrance of Nazi destruction of the Jews as a warning of Iranian intentions. “The second world war teaches us that democracies cannot ignore expansionist intentions of tyrannical regimes. Appeasement increases their aggressiveness. But the world has not learned from the universal tragedy of the 20th century. … Just as the Nazi regime strived to destroy civilization, dominate with a master race and annihilate the Jews, so Iran is expanding its presence with the goal of destroying Israel. They are doing it openly. … The nuclear agreement with Iran proves that the world has not learned the lessons of World War II. The West is capitulating. … The world was gravely mistaken on the eve of World War II. We and many of our neighbors believe that this again is the case.”

As it is Holocaust Memorial Day, each year on this day I am reminded of Elie Wiesel. His Night in Fog was the first Holocaust book I read, and it left an indelible imprint on me, probably helping to set me on my life path. When Wiesel was in the congressional gallery during Netanyahu’s speech, it erased any doubts I had about the wisdom of Netanyahu’s course of action. We have tolerated Netanyahu for many years. Perhaps the next few years will give us the return on our investment that we have waited so long to get from him. This is his moment and our fate. Iran is an existential threat, and while Netanyahu might be the lone wolf in the woods, at the least, he will be able to continue to howl about Iran now that he has won the elections.