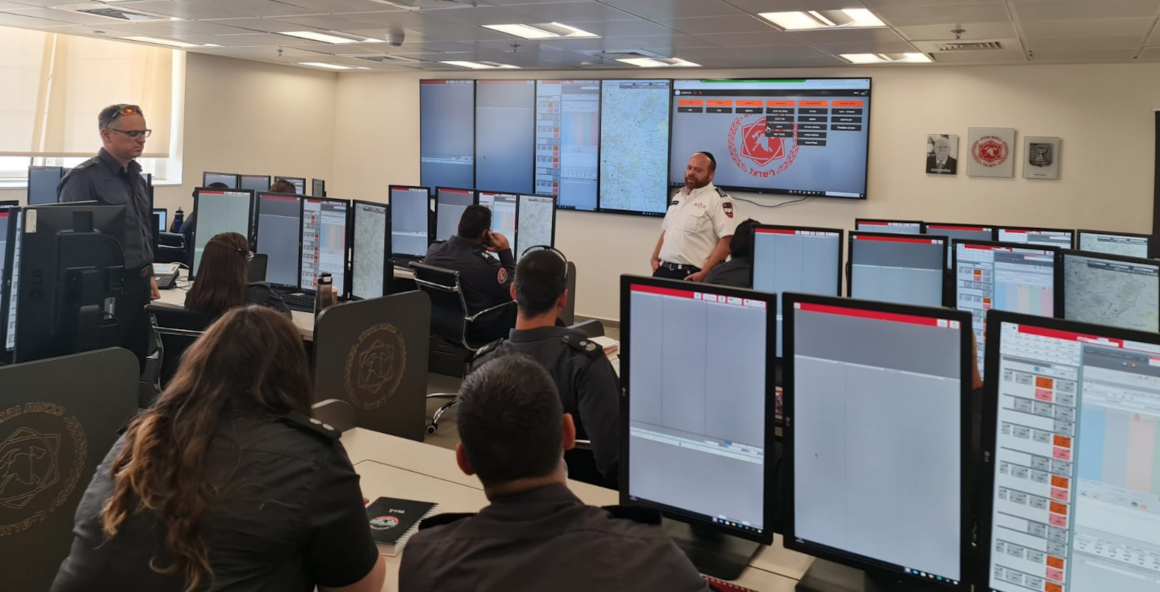 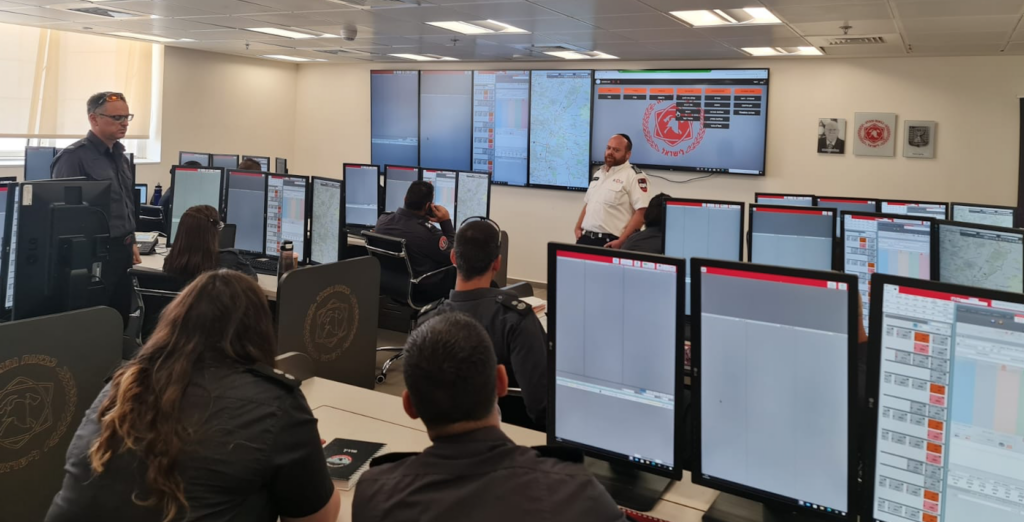 Israel’s National Fire and Rescue Authority has launched its new cutting-edge dispatch system, one that will provide the fire service with enhanced capabilities and put it on the same computer platform as Magen David Adom, Israel’s emergency medical service.

The system, which was designed for the Fire Authority by Magen David Adom, provides an array of new capabilities. It enables dispatchers to locate cell-phone callers instantly; shows the locations of all fire-rescue, EMS, and law-enforcement vehicles in real time on the dispatchers’ screens; and simultaneously alerts emergency medical services about relevant incidents so they can instantly send EMTs and paramedics to the scene.

Conversely, the National Fire and Rescue Authority will now also get instant alerts about medical emergencies relevant to their work, including car accidents, fires, terror attacks, and other disasters. 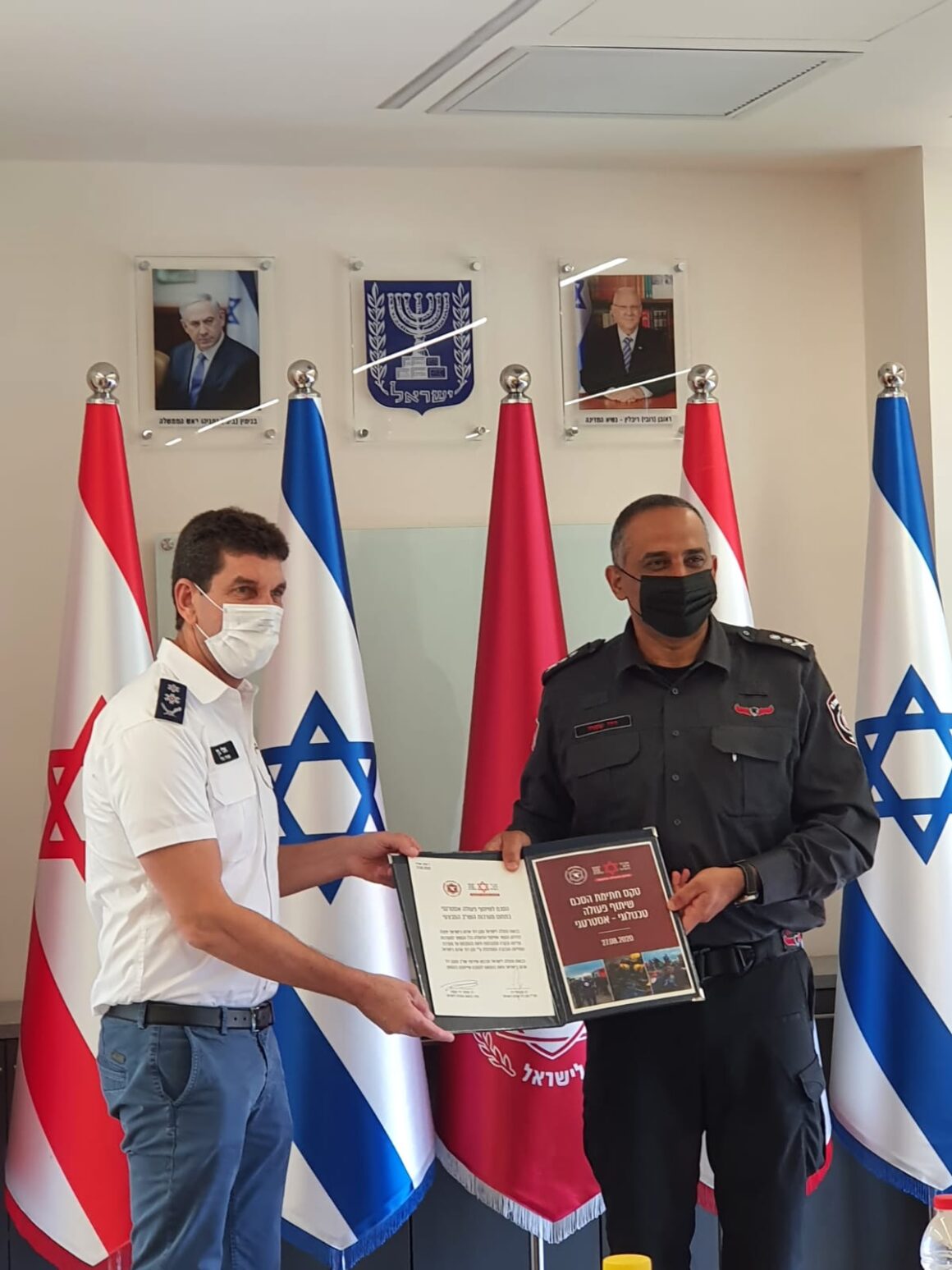 By transferring data in real time, the interconnectivity between the Fire Authority’s and MDA’s systems could reduce response times for both organizations since it will eliminate the need for one organization to phone the other in an emergency.

“This is the best of both worlds,” said Lt. General (Ret.) Dedi Simchi, Israel’s fire and rescue commissioner. “The new system provides us with a dispatch system with cutting-edge capabilities customized to the unique needs of the fire service.

“But, at the same time, because the system is on the same platform as MDA’s, it provides us with the cross-functionality of a unified 911 system, alerting us when MDA receives a call that also requires the fire service to respond — and dispatching MDA ambulances when a medically relevant call is fielded by our dispatchers.”

The system will also capitalize on Magen David Adom’s technology that enables callers to provide dispatchers with a live video feed of an incident, which will show the fire service the size and extent of a blaze so they can launch the most appropriate response.

MDA began developing its own technology in-house in 2006 after products available on the market proved inadequate for its needs during the Second Lebanon War. Building on years of development and experience, MDA ultimately created what’s regarded by many as the world’s most sophisticated emergency dispatch technology, which is now also being used by the Philippine Red Cross and organizations around the world.

Magen David Adom is also pleased with what the new fire dispatch system means for incidents in which both ambulances and fire services need to respond.

“As before, if someone calls Magen David Adom about people seriously injured in a car accident, they’ll be speaking to an EMT or paramedic, an actual medical professional, and not merely a call-taker,” said Ido Rosenblat, chief information officer of Magen David Adom. “This is one of the big advantages of having separate phone numbers in Israel for police, ambulance, and fires.

“But, by the same token, the call will now simultaneously appear as an incident on the National Fire and Rescue Authority’s system, so that they can also send vehicles to the scene to assist with extricating injured passengers from the wreckage, managing traffic, and ensuring ruptured petrol tanks don’t present a fire hazard.”

The new system will also enable the Fire Authority to expand its call-taking capacity during emergencies, similar to how MDA increased the number of its call-taking stations during the early days of the Covid pandemic, when MDA went from handling an average of 6,000 calls a day to more than 80,000.

“We [the Fire and Rescue Services and MDA] are essentially in different ends of the same business — saving lives,” said Simchi. “Any system that improves our ability to respond and work more collaboratively is ultimately better for everyone in Israel.”

Israelis take to the streets on Yom Kippur