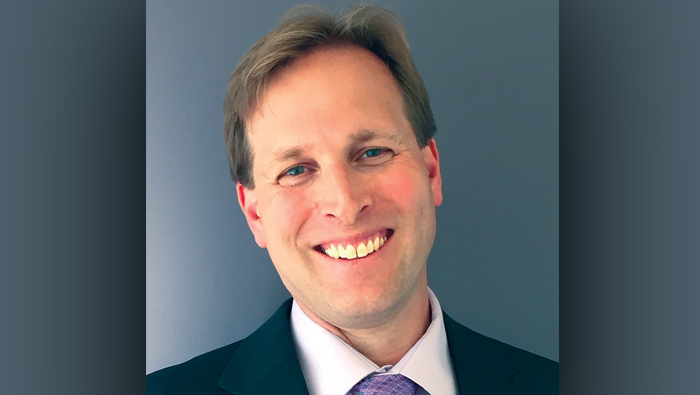 Alexander Millkey, the co-founder of Northwest Forensic Institute, LLC, was obsessed with Sherlock Holmes books as a kid. Maybe that is a clue into his chosen career as a forensic psychologist.

He grew up in Atlanta, where he was raised “loosely Jewish” by his Jewish mother and non-practicing Catholic father. His mother’s family has lived in Georgia for generations, and the extended family would celebrate the Jewish holidays together.

The following Q&A has been edited for brevity and clarity.

What led you to your profession?

I think the seeds were planted when I was pretty young. My dad was an architect, and among other things, he built prisons and jails. When I was a kid, maybe 12, my dad went to rural Georgia to schmooze with a warden, whose approval was important for him to get a contract to build a prison. My mother and I went along to help forge a connection. We toured the prison and had dinner with the warden. The trustee who served us was very nice. He chatted with us. After the meal he poured me a hot chocolate and brought coffee for my parents. I liked him instantly.

My dad made a comment about hiring the trustee when he got out of prison, and the warden, in thick Southern drawl, said, “He’s never getting out.” It turns out he had murdered his wife and boiled the body. I remember being stunned that a man who was so nice could have done something like that. A lot of my professional life has been oriented toward understanding these amazing discrepancies in human behavior.

My first thoughts of a forensic psychologist are from watching Netflix detective series. Is this close to what you do?

The real work of a forensic psychologist is nowhere near as glamorous as that portrayed in television and movies!

I’m a psychologist who specializes in diagnosis and understanding human behavior. My specialty is applying that knowledge to answer legal questions. The biggest part of my job is advising the court in sorting out mental health issues. The most common question I’m asked is probably whether a person is fit to stand trial. That means the court wants to know if because of a mental illness, a person can’t understand the proceedings, work with their attorney or participate in their defense. Mental illness is not uncommon among people who are charged with a crime. I also get asked whether a person is at risk of future violence, or to help the court understand what caused a person to act as they did and to help the court come up with a plan to keep the person from engaging in future criminal behavior.

What is the biggest misconception about your work?

A lot of people think of forensic psychology as criminal profiling, and I don’t do that.  Another misconception is the insanity defense is very common. In fact, it is incredibly rare. The actual rate of people being found guilty by reason of insanity is around one-quarter of 1%.

My profession is not nearly as exciting or glamorous as that portrayed on television. In fact, probably 80% of my time is spent writing reports. A show about the actual lives of forensic psychologists would be a great sleep aid and would not attract very high ratings.

What is difficult for you about your work?

Some of the people I work with have done terrible things. It is my job to understand what happened and what led to them behaving as they did. Sometimes exploring these thoughts, feelings and actions can be very disturbing. I would be lying if I didn’t say that I’ve had nightmares.

Where did you go to school?

My undergraduate work was at Guilford College in Greensboro, NC. My doctorate is from Pacific University in Oregon, and I had specialized training in forensics at Mendota Mental Heath Institute in Madison, WI.

What brought you to Portland?

In 1998 I met a woman in Atlanta. She was leaving to move to the San Juan Islands to study orcas. Three months after I met her I was living in the Pacific Northwest. It turned out to be the best decision I ever made. We celebrated our 15th wedding anniversary in August and have two beautiful children together.

What part does Judaism play in your life?

Judaism plays a larger role in my life now than when I was a child. My wife, Sara, teaches at Portland Jewish Academy, and both my children, Asher and Hannah, attend PJA. PJA is really my Jewish home in Portland. Even though my oldest is only 9, she has strengthened my Jewish identity. My daughter is getting toward the age when we need to think about bat mitzvah, so Sara and I are in the process of looking at synagogues.

I love what a close-knit community we have in Portland. For several years I’ve been meeting with a group of dads whose kids are at PJA. We had a new dad join about a year ago. I have dinner with these guys just about every month, and it was almost nine months before I realized that the “new dad,” David Kosak, was the senior rabbi at Neveh Shalom! As a forensic psychologist you would think I would be clued into things like that. I think it really illustrates what a self-effacing guy he is and how warm and mutually supportive the Jewish community is in Portland.

What’s your most memorable professional experience?

There have been so many! Unfortunately, because of the nature of my work, I am not able to talk about them unless they end up in public record. Recently, I was involved in a case where I was one of three forensic mental health providers who initially believed that the defendant was delusional only to discover that what he was saying, although very bizarre and frankly frightening, is probably true. They say that the difference between writing fiction and nonfiction is that fiction has to be believable, and this case certainly bore that out. Someday I would like to be able to write a book about the memorable cases I’ve been involved with.