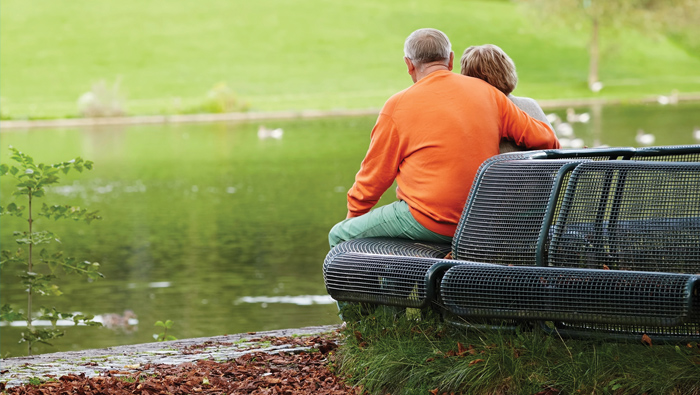 A century of my family’s living in Brooklyn came to an end a few months ago, when my parents moved out of their Flatbush home of 41 years to the Gurwin Jewish Assisted Living Community in Commack, NY.

My paternal grandparents, who married in 1917, raised four children in Brooklyn, three of whom elected to raise their own families there. Of the 17 grandchildren, not one stayed in Brooklyn. My two sisters and brother oversaw my parents’ momentous move; I remained in Israel.

Our aliyah has been an unqualified success story for my immediate family. Zooming out a bit, however, produces a more qualified picture. Sarah and I are the only members of each of our larger families to move to Israel. With the average age of our four parents, may they live and be well, hovering around 82, Israel’s distance from the United States is taking on much larger dimensions than it ever has before.

We moved to Israel from Miami in 1997, so we were used to missing out on minor family events like birthday parties and Mother’s Day brunches, but it’s another thing entirely to be a distant onlooker on the twilight years of your parents’ lives. Yes, you can weigh in on critical decisions from anywhere on the planet, but sometimes you need to be there to assess the situation. And then sometimes you might feel the need to visit more, to help with their care – tough to do from 6,000 miles away.

Faced with a parent who is no longer able to live independently, there are Israeli-Americans, especially those with no siblings to help out, who have moved back to the States (for months or even for years) to help with that parents’ care. Thank God, I have three wonderful siblings who are willing and able to help, but I am missing out on physically caring for my parents. My sister, Jessica, understands this dynamic instinctively. Jessica, with her husband, Ben, has over the past 20 years been the anchor for my family in New York, hosting our parents dozens of times on Sabbaths and holidays. She said that she didn’t want to be selfish and object to Gurwin in favor of a facility closer (but of inferior quality) to her home in Long Island. I was stunned when I heard my sister say this. She was saying that the much greater distance to Gurwin would make it difficult to visit frequently. She labelled the closer option as being “selfish,” since it would enable her to visit more often.

How best to understand Jessica’s thoughts on selfishness? Knowing something of his own family’s recent history, I suspected that Don Saliers, the theology professor to whom I was closest at Emory University, could assist me here. I feel honored and blessed to be able to end this column with Don’s words:

“My wife was discovered to have a form of dementia shortly after her retirement. I and our daughters journeyed with her until her death some five years later in 2011. Caring for someone in such rapid decline whom you have loved over many years is not easy. Yet the final months with her are among the richest years of my life.

In Jane’s weakness she taught us about love and strength. The times of singing and silence became sacred. As life narrowed, we all discovered more of the mystery of what it means to share a lifetime of mutuality. Her dying taught me how to respect and even to stand in awe of our mortality.

Deep human sharing – especially in the face of weakness and mutual vulnerability – holds the secret we should never take for granted. This is slow but sacred learning.”