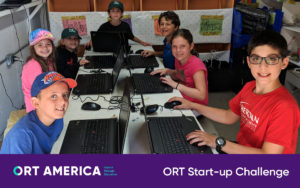 Building on the success of last year’s pioneer program, this summer ORT will once again introduce campers at six Jewish summer camps in the United States to the vibrancy of Israeli innovation. From July 8 to July 17, more than 700 campers between the ages of 9-13 will take part in ORT’s Start-up Challenge, which includes interactive educational activities focused on science, technology, engineering, art and math (STEAM) that embrace the entrepreneurial spirit of Israel’s Start-up nation. 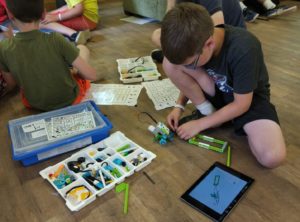 For these campers, ORT’s Start-up Challenge will provide an extraordinary opportunity to delve into science, experience cutting-edge technology, and discover Israeli culture in a fun and interactive setting. Through problem-solving, creative thinking, teamwork and tournaments, ORT will teach critical 21st-century skills as campers build robots, experience virtual reality, integrate coding to help their robots overcome obstacles, and capture all of the action through the creation of their own digitally designed videos.

“The children are fascinated by their encounter with an instructor from Israel and the information they are exposed to about the country—including life in Israel, technology and entrepreneurship. They soak it all in, and compare the content they learn through this experience with their previous impressions about Israel and the information they have learned throughout their lives in the United States,” said David Or-Lev, World ORT Virtual Reality and Augmented Reality Instructor.

“Israel is a world leader in the field of technological entrepreneurship and innovation, and as Israel’s largest leading provider of informal experiential science and technological education, ORT is shaping the next generation of scientists and entrepreneurs. We are delighted to be able to bring this experience to Jewish summer camps throughout the US,” said Howard Lanznar, Chairman of ORT America. “This program brings our mission of impact through education to life by embracing Israel’s culture as a Start-up nation, and simultaneously providing campers with the opportunity to enjoy the benefits of ORT’s 139 years of educational experience in interactive, practical learning.”

ORT America is the leading fundraising organization for World ORT, whose global educational network, schools, colleges, and international programs propel more than 300,000 students in 35 countries to develop careers and lead fulfilling, independent lives. With generous support from our donors, ORT’s schools and programs reach underserved students by bridging the gap between aptitude and opportunity, as we work to expand knowledge, build autonomy, and strengthen Jewish identity. ORT America is headquartered in New York, with regional offices in California, Florida, Georgia, Illinois, Michigan, and Ohio. For more information, please visit www.www.ortamerica.org.

'Full STEAM ahead' has no comments