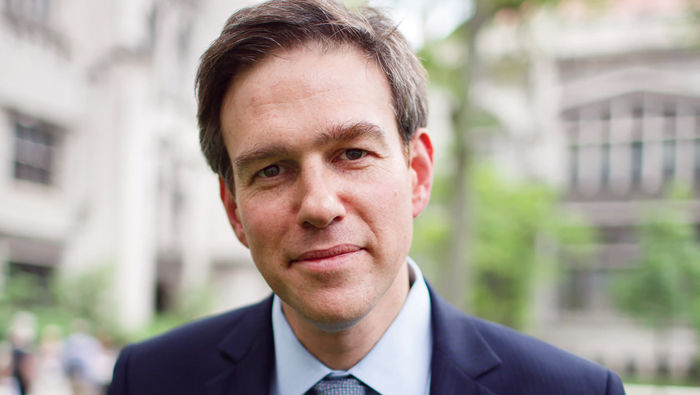 “Most Americans entertain a fantasy that we can walk away from the travails of the Middle East and that those travails won’t pursue us here at home. I would argue that the last few years have shown that, as appealing as that might be in theory, in reality the Middle East doesn’t leave us alone,” says Bret Stephens.

Stephens is the foreign affairs columnist and deputy editorial page editor of the Wall Street Journal. In a telephone interview with Jewish Life magazines, he elaborated on his perceptions of the Middle East and worldwide radicalism.

As Stephens puts it, the United States must make a strategic, as well as ideological, decision to remain involved in the dramas of the Middle East, while knowing that there is inevitably a limit to what we can do to resolve them in a satisfying and durable way.

Stephens has worn many hats at the Journal, which he joined as an op-ed editor in 1998. In addition to foreign affairs commentator, he is currently responsible for the paper’s international opinion pages and a member of the paper’s editorial board. He is also a regular panelist on the Journal Editorial Report, a weekly political talk show broadcast on Fox News Channel.

His ties to Israel run deep, as both a journalist and a Jew. At the age of 28, he was appointed editor-in-chief of The Jerusalem Post, a daily English newspaper; he held that post from 2002 to 2004. Over the years, he has interviewed every Israeli prime minister since Shimon Peres. The most memorable interview was with Ariel Sharon in 2001. Stephens was working for the Wall Street Journal in Europe and was sent to interview Sharon, who had just assumed leadership of the Likud. They spent over two hours talking, first going over maps, which Stephens describes as a signature thing that Sharon liked to do. “I just listened to war stories from Sharon about the ’73 campaign and crossing the Suez. For a young, 27-year-old reporter, it was an unforgettable experience. Even then he was a legend,” he says.

Stephens also feels a close connection to the Jewish National Fund, which he says has always been dear to his family. “What the organization has done to turn a ‘deserted and desertified’ country into the agricultural exporter it has become, and the model of environmental stewardship it has become, has always been to me a central part of the inspiration of Israel,” he says. So after his father passed away, his family found it fitting to dedicate a forest in his memory.

Last January, while in Israel as a speaker at a Ministry of Economics conference, he went to JNF’s American Independence Park on the southwestern slopes of the Judean Hills for an official dedication. “In Tel Aviv, where I spoke, there was something approaching a hurricane. The sun came out in that stretch of field near the airport. Then as we came toward the hills where there is a large JNF forest that has the memorials for my great-grandmother and my father, it became very cold and started to snow. In a single day in January in Israel, we had three different climactic events in the space of about 40 miles or so.”

His job has taken him to cover fascinating stories in all corners of the globe. One assignment that Stephens found particularly riveting was in Indonesia, the largest Muslim country in the world.

“One of the essential civilizational dramas was playing out in front of me,” says Stephens, referring to what he called an ideological battle between the traditional Islam of Java and radical Islam imported from the Arabian Peninsula. “I remember interviewing Abdurrahman Wahid, a former president of Indonesia and head of the largest Muslim social movement in the world. He was openly pro-Israel. And at the same time, you saw the Salafists, the Jihadists and the Muslim Brotherhood trying to redefine Islam in a much more violent and radical direction.”

Stephens also saw that radical side of Islam play out when he interviewed Ismail Abu Shanab, a founder and senior leader of Hamas in Gaza, in the summer of 2000, shortly after the collapse of Israeli-Palestinian negotiations at the Camp David Summit. During the interview, Abu Shanab’s infant daughter crawled into the living room where they were meeting. He picked her up and said, “She is Hamas.”

“It was just heartbreaking that this child, who is just as innocent as a child can be, is already being enrolled in that kind of fanaticism and militancy. It was the kind of comment that you don’t easily forget,” says Stephens. “Indoctrination begins as soon as these children are sentient beings, and that’s why you have these 13-year-old kids, 16-year-old girls, deciding on a lark to take a knife and go and try to kill a Jew.”

Although he has received many awards for his writing and insights, Stephens says the one that means the most to him is the Professional Achievement Award from the University of Chicago, his alma mater, in 2014. He was honored to accept the award alongside his mentor, Professor Leon Kass, and Senator Bernie Sanders, among others. “It’s an honor from people who are infinitely better than I am, so that one really meant something to me. I was flabbergasted by that.”