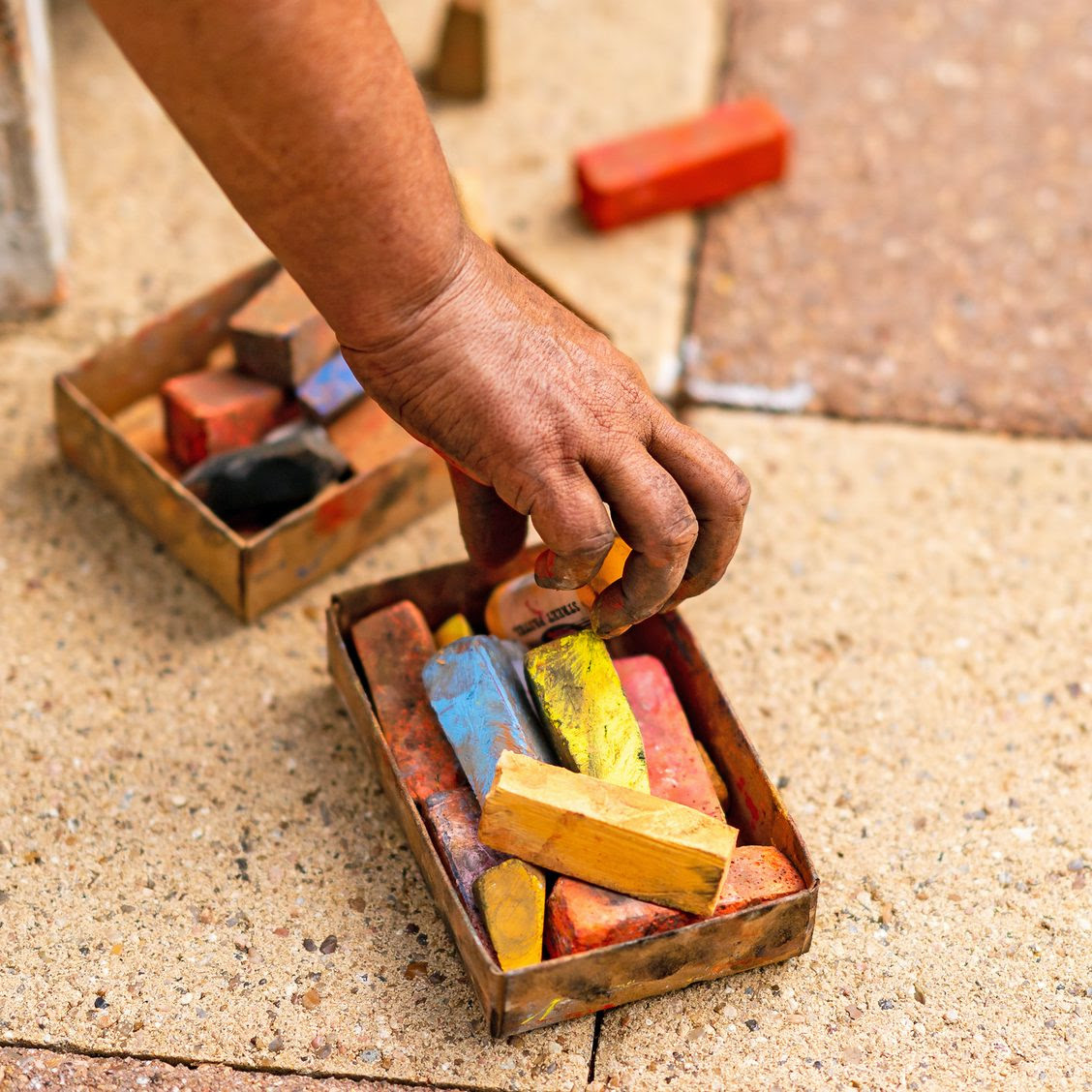 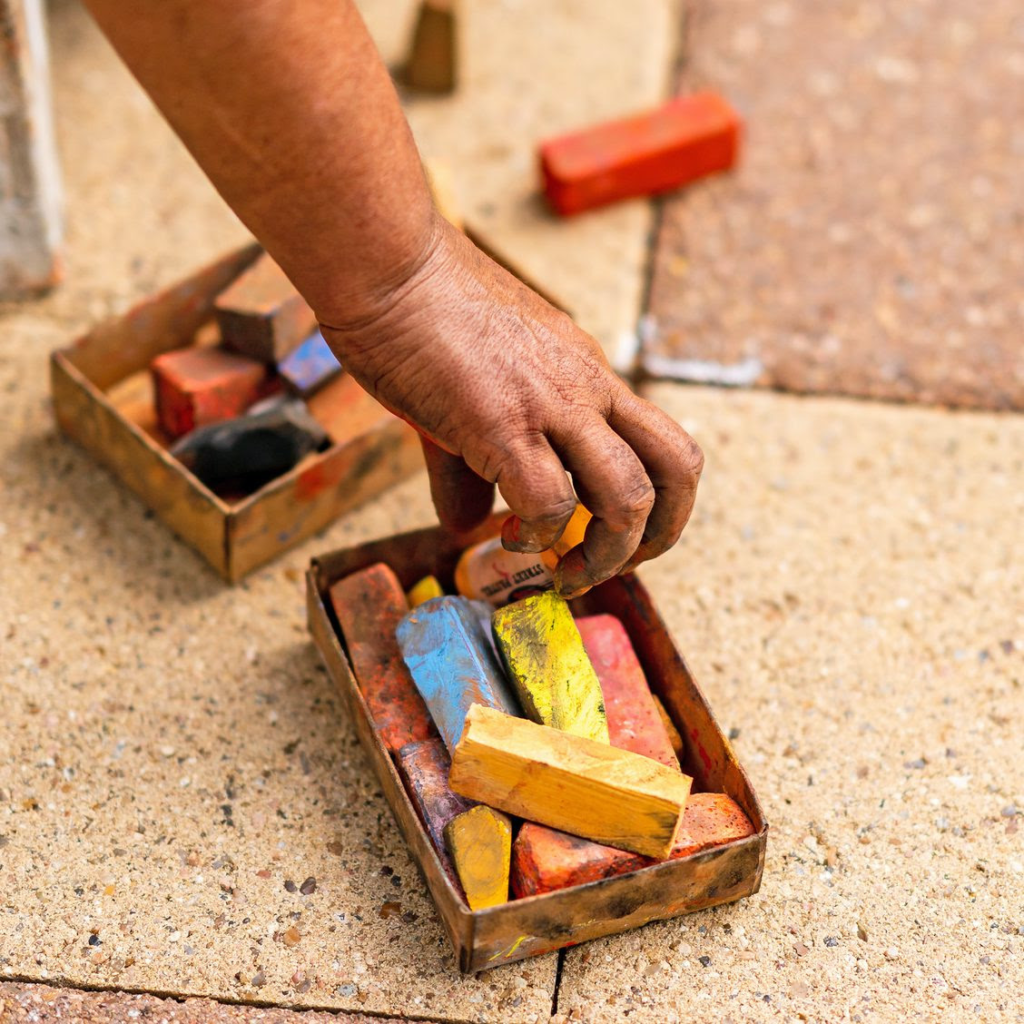 WASHINGTON, DC – To fight the hate underlying mass shootings, hundreds took to the streets of America armed only with chalk. The campaign – ‘Chalk Over Hate’ – launchesd on the eve of Shavuot and on the National Day of Gun Violence Awareness, which took place last week.  Over 900 participants across the country committed to transform sidewalks across America. 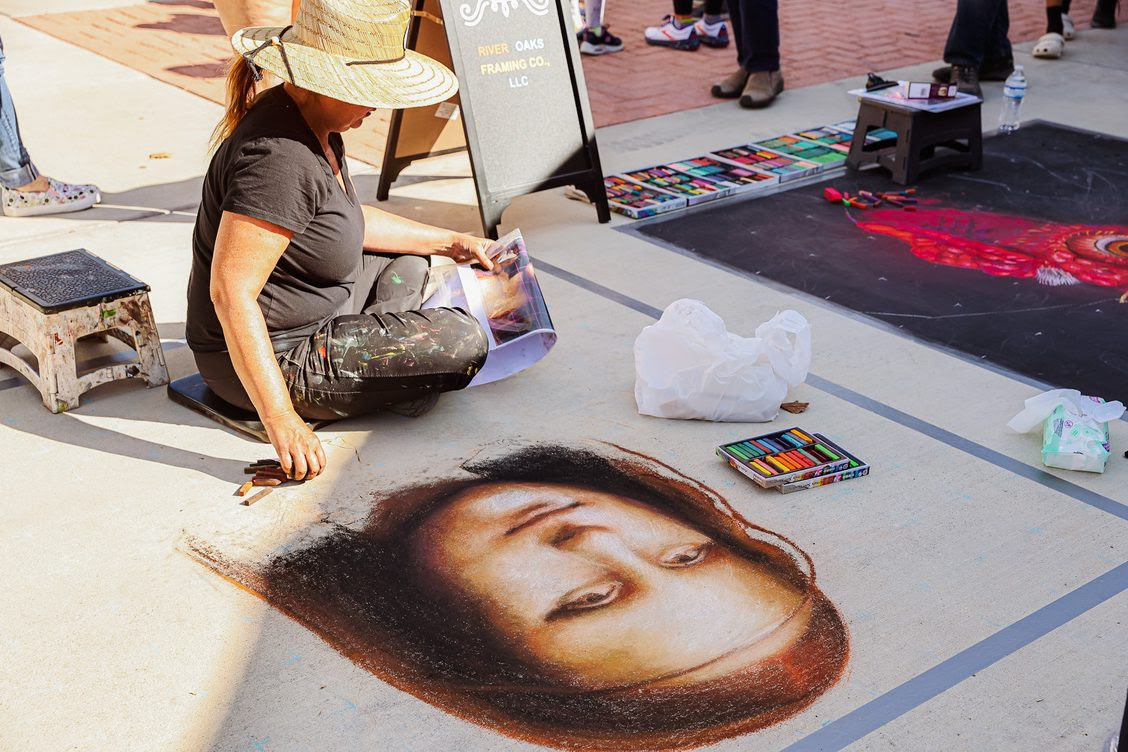 Chalk Over Hate is an initiative of Artists 4 Israel, an international coalition of artists who create strikingly beautiful murals promoting peace in places where the population has been harmed by terrorism or war, including the rocket strike zone in Israel just outside the Hamas controlled Gaza Strip or the border of Syria when it was in the midst of civil war.

Over 900 participants across the country have committed to join Artists 4 Israel on National Gun Violence Awareness Day and Shavuot weekend to transform sidewalks across America. All projects will be tagged with ‘#ChalkOverHate.’

Chalk Over Hate is committed to combating ideologies of hate of all kinds which often become intermingled. Antisemitism, in particular, has been shown to be a risk factor for violence not just against Jews but many other minorities, as well.

The New York shooter, Payton Gendron, murdered primarily Black victims in the Tops market in Buffalo, but he was radicalized by an antisemitic conspiracy theory called ‘the Great Replacement’ which purports Jews are bringing in illegal immigrants and assisting American minority groups in a plot to replace white Americans.

“The shooter who murdered ten people in the Tops Supermarket in Buffalo was clearly targeting Black individuals and his vicious act was born from hate directed against many communities. His gun had neo-Nazi codes on it and his 180 page internet manifesto focused in large part on conspiracy theories about Jews,” says Craig Dershowitz, CEO of Artists 4 Israel. “Antisemitic vandalism against property often is only the beginning of a cycle of hate that culminates in violence against people,” says Dershowitz.

While the motive of the Texas school shooter Salvador Ramos so far remains unknown, both the Buffalo and Texas shooters shared similar traits. Both were 18 years-old, both spent countless hours online during the pandemic, and both bought AR-15 style assault rifles as soon as they legally could upon turning 18. It is easily conceivable that they also were both exposed to similar online antisemitic conspiracy theories. Research shows people radicalized by antisemitism often move in more violent directions – ranging from antisemitic vandalism all the way to mass shootings.

The goal of Chalk Over Hate is to create more positive visuals in one day than the negative visuals created in antisemitic hate crimes over all of the last year. In 2021 the ADL counted 853 unique cases of vandalism such as Nazi symbols and other anti-Jewish messages defacing buildings, homes, schools and houses of worship.

Chalk is a great medium because it is cheap, easy to obtain, and allows anyone to participate no matter their age. And unlike the spray paint most often used in the anti-Jewish vandalism surging across the country, there is no need to paint over chalk. It simply washes away with the rain.

#ChalkOverHate is a partnership between Artists 4 Israel and the Edlavitch Jewish Community Center of Washington, DC. Local contributor Chalk Riot! is being joined by over 30 participating organizations nationwide. Those who are contributing include multiple Jewish Community Centers, Jewish arts groups, organizations fighting antisemitism as well as multi-faith and multicultural groups that make up the fabric of our shared civil society.

Chalk has a long history in activism. Chalk, primarily known for simple use on school blackboards, carries a long history of use in social justice activism. Women fighting for the right to vote at the turn of the last century used chalk as a kind of early social media. The suffragettes would write their arguments for female voting rights on the street to be seen by all. Famous pop/graffiti artist Keith Haring used chalk to broadcast important messages during the AIDS pandemic.

Chelsea Ritter-Soronen, owner of the mural business Chalk Riot! shares, “Chalk has an inspiring history of radical activism for positive social change. It encourages us to collectively reimagine how public space can be used. Chalk art reminds us that positive change truly starts from the ground up!”

Anat Ronen – who most recently completed a highly acclaimed mural in front of the Toyota Center in Houston, Texas – often includes interactive, 3-D components in her work that seem to leap out of the street or fall into deep holes depending upon the position of the viewer. There is a massive staircase in front of the DC JCC Anat Ronen says is the perfect canvas.

In addition to being National Gun Violence Awareness Day, this year the Jewish holiday of Shavuot also falls on June 3rd. This is the day that Jews celebrate the giving of the Torah at Mount Sinai seven weeks after the exodus from Egypt. The Jewish Torah, shared in common by Christians as the Old Testament, brought with it a revolution in human rights and equality.

In many ways, the two artists represent that common legacy. Ritter-Soronen is a D.C. local and Ronen is an Israeli now living in Texas. Both have been hailed as pioneers in pavement art and both have used their artistic talents to fight for social justice.

That shared commitment brings together non-Jews and Jews alike. “I wanted to give our community a way to speak out against antisemitism through approachable and public art even if they themselves don’t feel like artists,” says Amanda Herring, Director of Jewish Life & Learning at co-partner, Edlavitch DC Jewish Community Center. “Being a large Jewish institution in the heart of the Nation’s Capitol, we can’t hide our Jewish identity and we don’t want to. We won’t let voices of hate dictate how we live our lives.”

“Violent white supremacy is raging,” says Ritter-Soronen. “In DC alone, we have seen several recent acts of antisemitic vandalism. Chalk offers an opportunity to take the higher road and create images in public spaces that uplift, inspire, and spread kindness. When we create together, we grow together.”

The partners of the Chalk Over Hate initiative hope this will be an opportunity for Americans of all different backgrounds to come together, fight back against bigotry and racism, weaken the ‘gateway hate’ of antisemitism, and write on our streets better messages – ones of unity and peace over violence and hate.  artists4israel.org