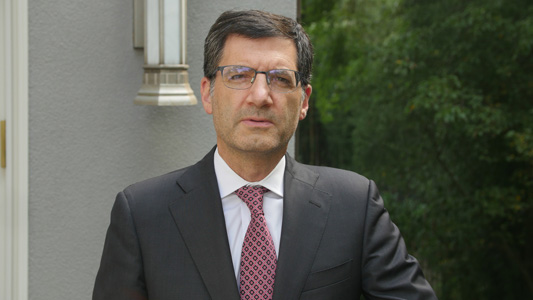 Under Maj. Gen. (Res.) Klifi-Amir’s leadership, FIDF has experienced exponential growth. It expanded its fundraising capabilities, opened new chapters around the US, and raised more than $570 million between 2015-2019. True to its mission, FIDF was able to increase its wellbeing support for the Israel Defense Forces (IDF) soldiers, helping 114% more soldiers than in years prior.

In light of this, FIDF’s lay leaders identified the need to modify the structure of the organization’s executive office and extend the scope of both management and fundraising operations. To further deepen FIDF’s philanthropic roots within the local community and allow for a prolonged tenure of the CEO, FIDF’s Board has decided to appoint an American-based CEO, along with an IDF general to strengthen fundraising efforts.

The incoming National Director and CEO, Steven Weil, will develop FIDF in the long term and build upon its vital position within the American philanthropic community. He will oversee the 501(C)(3) not-for-profit as it continues to grow its infrastructure, both nationally and locally around the US and Panama, solidifying the strong foundation it has developed over the past 39 years, with the mission of supporting education and wellbeing programs for the soldiers of the IDF.

Weil, particularly suited for this position, comes to FIDF following an 11-year tenure at the Orthodox Union (OU). He attended Yeshiva University, concurrently completing his ordination at the Rabbi Isaac Elchanan Theological Seminary (REITS) and receiving a master’s degree in Business Administration from NYU’s Stern School of Business. He began his career in education before moving on to pulpit work, first in Oak Park, MI and then in Beverly Hills, CA. In both locations, he significantly built and expanded his congregations and instituted programs to unify and impact the broader community. He subsequently assumed the position of senior managing director of the OU, where he spearheaded their institutional advancement and community engagement efforts. Weil is a sought-after speaker and educator, and has given invocations for presidents, governors, and other senior elected officials. He is deeply passionate about the State of Israel, Jewish continuity, and the vital role Israel’s soldiers play in guaranteeing its future. Weil resides in New Jersey with his wife and is a proud father and grandfather.

“I’d like to thank Maj. Gen. (Res.) Klifi-Amir for his tremendous leadership over the last six years. His efforts have brought this organization to new levels, and inspired thousands to contribute to FIDF’s essential mission,” said Rabbi Peter Weintraub, FIDF’s National Chairman. “We are thrilled to welcome Steven Weil to the FIDF family as National Director and CEO, where he will channel his skills in institutional advancement as well as his vast experience in the Jewish community to support Israel and its heroic guardians, the men and women of the IDF.”

Maj. Gen. (Res.) Klifi-Amir, who joined FIDF following 33 years of distinguished military service in the IDF, said, “I am profoundly grateful and honored for the privilege I’ve had to lead FIDF for the past six years. It has been a life’s mission, supporting the brave soldiers of Israel. My heart will always be with the soldiers, as I know first-hand their heroism, dedication, and commitment to the State of Israel and the Jewish people worldwide. I am proud to have been a part of this remarkable organization, sharing our vision and mission with tens of thousands of dedicated supporters in the US and Panama, connecting them to the State of Israel and the IDF. I wish Steven Weil good luck in reaching new heights on this important journey.”

“It is the greatest honor to join the FIDF family of lay leaders and professionals who have committed their lives to looking after the IDF soldiers,” said Weil. “FIDF, through educational and wellbeing initiatives, enables these courageous young men and women, who invest years of their lives to protect Israel, to serve proudly and guarantee the future of Israel and the Jewish people.”