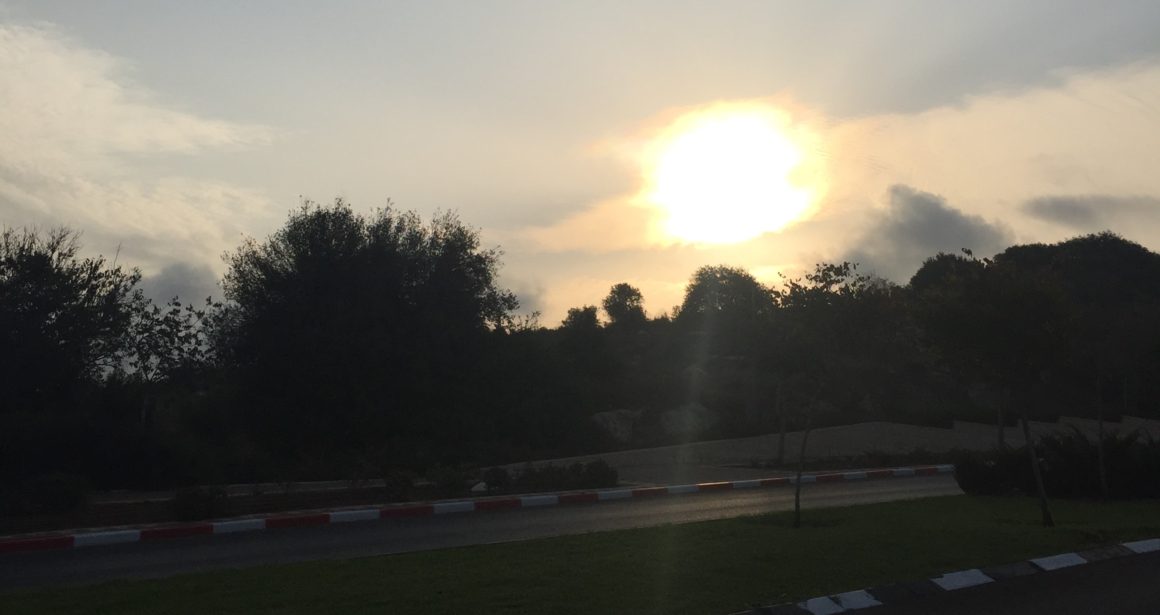 I live in Beit Shemesh, the city that made global headlines when a Jewish man spat on a young girl (in December 2011). As a writer I was asked to speak out, to write a blog post or article that would distance “us” from “them.”

But I felt articles created more hatred, were ignored or preached to the choir. Writing was supposed to be my escape. I didn’t want to let the bad guys in.

Things worsened. Two blocks from my home, a woman was stoned, bleach was thrown at her, her car tires were punctured and her car windows smashed. Her life was threatened because she was doing her job: hanging lottery posters.

“I was afraid for my life. I thought I was going to die,” she was quoted as saying in the news media. There were more than a few local residents, including English-speakers, who screamed about the men as victims of immodesty; others said she deserved the attack because of the way she was dressed.

Was I raising five children in the right city?

I didn’t sleep well for days.

I wished I’d spoken up. I wished I’d said that an innocent Jewish woman was viciously attacked with rocks and bleach by Jewish men in front of a synagogue and it was only a matter of time until someone else became their next victim.

But who would I say it to that could change things? Soon I wondered how I could teach morality to my children and continue to do nothing.

USING FICTION TO SPEAK UP 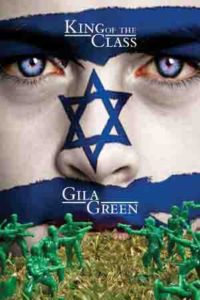 I decided to write a novel. In my book King of the Class, I asked “What if religious and secular Jews lived across hostile borders as enemies?” It was a message for all Jews, not just the ones who lived in my city. My novel’s publication satisfied me. I had spoken out and if my story was read by one person who changed one thing, I had made a meaningful contribution.

And Beit Shemesh? Inch by inch women’s faces were erased.

I can’t tell you what came first. It might have been the dozens of flyers and leaflets crammed into the mailboxes weekly that initiated the “men’s photos only” movement.

Advertisements for professionals like real estate agents and insurance sellers were soon populated only with men’s faces. Billboards became extensions of most of the local newspapers. Not interested in seeing women’s faces promoting new communities while you’re strolling by the park? Gone.

There were additions, too. Signs were added on a few streets telling women which side of the street they could walk on, at what times of day, and what to wear on the street or to enter local stores.

While this occurred in a very restricted area, it’s on a main road along most of the main bus routes. Viewing these misogynistic markers and accompanying graffiti is almost unavoidable.

After King of the Class was published, I blocked out my local climate and wrote other stories, but culture cannot be rinsed out. After 20 years at the same address, your city is between your teeth, deep into the gums and bone.

Conversation flowed about how much people loved their schools, neighbors, location, synagogues and how they weren’t about to let a few fanatics force them to move. But as time passed, the leak of families moving as soon as their youngest finished high school became steadier. It was impossible to imagine our own children settling here.

A NEW MAYOR, A NEW ERA

Fast forward to today. Think of divine-sized thunderbolts rocking the skies. Thousands of Beit Shemesh residents are elated. They can’t get enough of the news, they are the news and it’s all good.

Our newly elected mayor is female, 51, a former high school principal, a PhD, and a mother of four children married to a doctor. Nobody would have believed it in 2012. It’s almost impossible to believe now.

A revolution has happened. Nothing less. Nothing and nobody is deleting Mayor Aliza Bloch. She seems to be on every news channel and media outlet that will have her and she’s so successful you could scream and you should.

I read an interview in a local paper with the two strategists behind Aliza Bloch’s campaign. They were asked: how did you do this? How did you get a city known for its runaway extremism to vote in a female mayor?

Their response was so simple, it’s beautiful: “We decided to treat Beit Shemesh like any other city in Israel.”

They did not run multiple campaigns: one aimed at ultra-orthodox citizens, another for secular residents, a third for National Zionists, a fourth for Ethiopians, a fifth for Russians, and so on. Instead they decided to ask a single question to everyone equally: Hey, Beit Shemesh resident, is it good for you here?

The answers by many (not all, Bloch won by the slimmest of margins) were the ordinary human responses you’d get anywhere: concerns about schools, cleanliness, infrastructure, road safety hit the top of the list. Imagine that? A politician who addresses people’s day to day circumstances, who refuses to flirt with tribalism and it’s ugly cousin fanaticism, no matter how high the temptation.

And it worked. Talking to people like human beings, ignoring their religious and ethnic affiliations and reaching out to their humanity has not only altered my local landscape, it has made Israeli history and that’s something we can all celebrate.

The tribalism that has reigned in Beit Shemesh for a decade is gone, a backward glance in a broken mirror.

So, for the first time in more than a decade, go ahead ask me, “Hey Beit Shemesh resident, is it good for you here?”

Gila Green, a Canadian writer from Ottawa, has lived in Beit Shemesh for two decades. She is an editor, EFL teacher and author of Passport Control and King of the Class. Gila’s White Zion collection will be available in April 2019 her young adult eco-fiction No Entry is due out in September 2019. Visit Gila