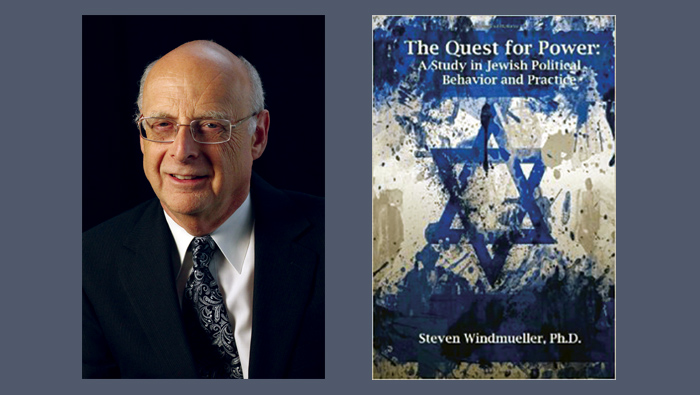 The rise in anti-Semitic and anti-Israel activity in conjunction with the rise of the alt-right and the far left may presage a Jewish return toward the middle politically, predicts Dr. Steven Windmueller.

Dr. Windmueller was in Portland May 17 for the second of a two-part Jewish Community Relations Council series on anti-Semitism. Dr. Windmueller, who studies and writes on Jewish political behavior, is the Rabbi Alfred Gottschalk Emeritus Professor of Jewish Communal Service at Hebrew Union College-Jewish Institute of Religion. The first talk on May 3 focused on the BDS movement on college campuses and featured Dr. Kenneth Waltzer, retired director of Jewish Studies at Michigan State University.

Dr. Windmueller shared some insights in a phone interview before his Portland presentation on American Jews Today: Confronting a changing and challenging climate.

An Anti-Defamation League survey in April reported a marked increase of anti-Semitic attacks and threats over the previous year, says Dr. Windmueller, noting it revealed “expressions of hatred from both sides of the political spectrum.”

Historically, American Jews have affiliated with the Democratic Party. Now, says Dr. Windmueller, the fastest growing segment of the Jewish electorate comprises Independents. In addition, during the past two to three decades, an estimated 28 to 30% of the community has shifted to the Republican Party.

Dr. Windmueller says the growing Republican base has been driven by three factors: the growth of the Orthodox community, which shares many of the social values of Evangelicals, a key Republican constituent; dissatisfaction with the Democratic Party’s support of Israel; and finally, the influx of Jews from the former Soviet Union, whose concerns over security make the Republican Party a natural base.

Despite the increased number of Jews registered as Republicans, Dr. Windmueller says that a significant number of them did not vote for Donald Trump. While 85% of Jewish voters generally vote, in this election significant numbers did not vote, including many millennial Jews, who largely supported Bernie Sanders. The Republican candidate received only an estimated 24% of the Jewish vote. “Mr. Trump does not have a huge base of Jewish support,” he concludes.

Since the election, Dr. Windmueller says he has seen an interesting divide in the Jewish community, partially over Israel and partially over Donald Trump.

But in that divide, Dr. Windmueller also sees the potential for a return to the center.

“Historically, when there are threats external to the Jewish community, the community has a tendency to coalesce and respond to threats … that overshadows internal dissents,” he says. “This environment is going to strengthen Jewish activism and Jewish engagement. … No way can we sit this one out. We will see higher social and political activity as people become galvanized.”

In that regard, Dr. Windmueller says the Jewish community is mimicking the wave of political activism that has surged elsewhere, including in marches and on college campuses.