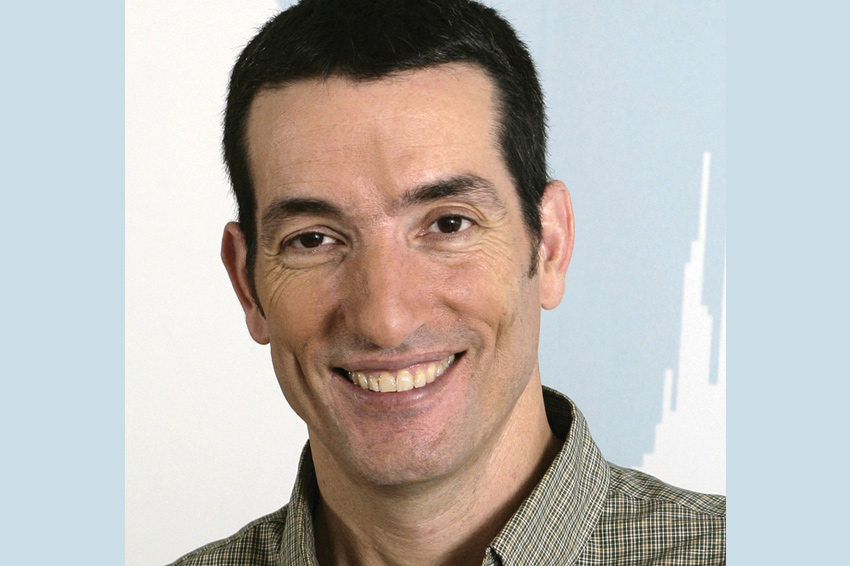 I have written often in this column about the bittersweet nature of life in Israel. Israelis move swiftly from cheerful to sorrowful and grief-stricken in response to frequent news breaks of terror and death. This reality of daily life is symbolically captured each year when the “Remembrance Day For Fallen Soldiers and Victims of Terror” ends at 7:59 pm to make way for the celebrations of Independence Day, which begins at 8 pm. Happiness is possible only due to the immense sacrifice of over 23,000 soldiers who have fallen since the establishment of the state.

This stark contrast is perhaps the most universal example of the contradictions we live with here, but it is far from the only example. Two huge contrasts have dominated our attention recently.

Despite Benjamin Netanyahu’s clear election victory, he was able to form a government only at the last second – and it will probably be short lived (more on this later).

The other contradiction was the rescue of hundreds of Israelis caught in the Nepal earthquake, while Israelis of Ethiopian heritage violently protested racism at home.

Political commentator Chico Menashe phrased it perfectly: “What is the true face of Israel? Is it the automatic and instinctive heroism … to mobilize the second largest humanitarian mission in the world to Nepal complete with our best surgeons, nurses, rescue teams and aid to both assist Nepalese and other victims of the tragic earthquake, and to insure that no Israeli visiting Nepal is left behind … or is the true face of Israel the one we recently saw in the Jerusalem and Tel Aviv protests? Of Israelis of Ethiopian descent, sick and tired of discrimination and racism towards them … a reality which perhaps needs to cause an earthquake here, amongst us, and not in Nepal.”

The earthquake in Nepal occurred as hundreds of Israelis were trekking in the Himalayas, while many more Israelis were in Kathmandu, awaiting the birth of or taking care of newborn babies from Nepalese surrogate mothers.

The government, the IDF and Israeli insurance companies spared no time or expense in locating missing and stranded Israelis and repatriating all who asked. Sadly, the body of Orr Asraf, a 22-year-old trekking in the Himalayas who recently completed his IDF service, was found a week after the earthquake.

Rescued Israelis told of the awe expressed by fellow stranded travelers from North America, Europe and other countries. Scores of Europeans are still unaccounted for in Nepal, including unidentified bodies. This is virtually unheard of in Israel.

So much for what we call “Yisrael hayaffa,” or the pretty face of Israel. Golda Meir had a marvelous ability to describe complexities in a simple sentence. She once said, “Israel loves aliyah (immigration), but doesn’t like olim (immigrants).” How true. One of the main pillars of the Zionist ethos, the ingathering of the exiles, or aliyah, is sacred in modern Israel. Yet when the dream becomes reality, the olim have to make their way in an Israeli society, where you need to slam your fist on the table to successfully integrate.

In May 1991 when the exciting news was released that a massive, clandestine airlift had brought thousands of Ethiopian Jews to Israel, we all cheered and celebrated. Almost exactly 24 years later, a video clip, taken from a security camera and showing policemen without apparent provocation repeatedly hitting an Ethiopian soldier, went viral. Within 48 hours, there was a large-scale, confrontational protest by angry Israeli Ethiopians in Jerusalem, followed by an even larger violent demonstration in Tel Aviv – widely considered one of the most violent in Israel’s history.

So what went wrong between the initial elation heralding the first wave of aliyah from Ethiopia and today? How did one despicable incident spark a massive firestorm of pent-up anger, rage, frustration and humiliation? The Israeli Ethiopians who were born here or came as young children demand equal opportunities and a quantum change in how they are perceived in Israeli society. Truth is, they’ve earned it. This new generation of Israelis of Ethiopian descent has an Israeli mentality, and is slamming its fist on the table, and maybe breaking a few store display windows.

Of all the ethnic groups that made aliyah, the Ethiopians have paid the highest price. The humiliation began with the Chief Rabbinate’s failure to recognize the validity of the Ethiopians’ Judaism, forcing them to go through a degrading conversion process. It was an insult to those whose ancestors established a kingdom, defied horrific attempts to forcibly convert them and suffered persecution and famine – and despite everything, remained loyal to the religion of their forefathers.

After this blow, the failures continued in the absorption process. Immigrants were dispersed to problematic neighborhoods in towns of weak socio-economic standing. The educational system isolated them from other children. Yet, perhaps with the exception of the police, racism per se is not the problem; rather it’s a kind of patronizing insensitivity. The only way to have avoided the problems of distress and discrimination in absorbing the Jews from Ethiopia would have been to not have brought them to Israel. There is no recipe for perfect absorption.

Despite this, an impressive 86% of Israelis of Ethiopian descent go into the IDF. “We do everything in order to be part of society” said Moshe Sabhat of Yokneam, who participated in the protests. “We lost our identity, some of our children have forgotten Amharic, we give them Israeli names and still we are looked at as a foreign body.”

While these issues explain the massive protests, they do not explain the sudden, explosive outburst of violence. The spontaneous combustion, like the recent Baltimore riots, are a result of the relationship, or lack thereof, between the police and the community. Ethiopian Jews make up 2% of the population, but comprise 6% of the prison population. The suicide rate is five times higher than the national average. The percentage of Ethiopian students who matriculate is less than half the national average, and unemployment amongst Ethiopians is 13%, almost twice the national average. These statistics reflect the “ghettoization” of the community, when this situation exists, there is usually a problem between the local residents and the police.

Without a doubt, the Ethiopian community has been unjustifiably victimized by the police. Penta Masala, one of the protesters said, “I am protesting because I feel that the chance to be hurt by the police is higher than being hurt in war.”

The recent protests drew attention to this sad reality, and the humbled police are now trying to engage positively with the community. The officers who assaulted the soldier have been expelled from the force and face legal proceedings.

If this reboot on the part of the police succeeds, and the new government takes this issue seriously, then it is a sign that the recent protests achieved their goal and the Israeli Ethiopian community will write their own narrative in Israeli society as they see fit. If not, an emboldened new generation of home-grown protesters will likely return to the streets.

But even if the new coalition puts this problem high on the agenda, it is likely the 34th government sworn in May 14 won’t survive long enough to offer solutions.

And this brings us to our final stark contrast, summed up by Yossi Verter in Ha’aretz the morning after the new government’s swearing-in ceremony: “What began two months ago as a surprising, comprehensive and sweet victory against all odds, turned into a tiring and ridiculous saga of prolonged cynical and extortionist negotiations, reaching an embarrassing and disgraceful climax last night.”

Netanyahu arrived at the ceremony two hours late – exhausted, drained and overwrought. Who could have imagined that with 30 seats, Netanyahu would go from champ in the elections to chump in the negotiations. First his coalition partners, the Culanu, Shas, Degel hatora and Jewish Home parties, demanded the highest possible price. Then Avigdor Liberman and Yisrael Beiteinu pulled the rug out from under Netanyahu’s feet. Liberman said he pulled out of the coalition because Netanyahu had caved to ultra-Orthodox blackmail, agreeing to negate the previous government’s legislation regarding military service for the ultra-Orthodox among other reversals. Yet the personal enmity between the two is at least as much of a factor. Yossi Verter described Liberman’s move as leaving Netanyahu “choking, twitching, suffocating, completely exposed and subject to the whims of the 61st member of the narrowest possible coalition.”

Netanyahu still had to divide the remaining ministries among his own party members, who complained that he had not left enough significant ministries for them. Netanyahu’s lofty status following the elections disappeared along with Liberman. Every Likud candidate now had the ability to determine if Netanyahu would be able to get the necessary majority to form a government, and most of them were not pleased with what they were offered.

Therefore Netanyahu had to both truncate some ministries, by moving some responsibilities to other ministries to placate the designated minister, and then invent other responsibilities to compensate those who had their authorities reduced. For example, bizarrely, we will have the minister for transportation and intelligence, or the minister for immigrant absorption and Iranian affairs. This would be funny if it weren’t a serious matter with very little room for mistake. So on our most existential issue, Iran, look at how many cooks will be in the proverbial kitchen: Yisrael Katz as minister for intelligence; Ze’ev Elkin for Iranian affairs; the minister for strategic affairs; the foreign minister; and the defense ministry.

But all of this soon may be academic, because a coalition of 61 members is simply not tenable. The majority whip, who Netanyahu announced in his swearing-in speech would be veteran Tzachi Hanegbi, will be an impossible task. Coalition members will not even be able to go to the bathroom during legislative sessions, not to mention travel abroad, lest a snap vote of no-confidence be called by the opposition. Hanegbi, who was not told of his appointment by Netanyahu prior to the announcement, was furious and nearly left the chamber. In the end, his maturity got the better of him and he remained present to vote for the new government.

But Hanegbi’s treatment is another example of Netanyahu’s shortcomings as a leader. His lack of appreciation for the loyalty and skills of some of the most senior and popular Likud ministers is astonishing. Outgoing Minister of Interior Gilad Erdan, a young and proven figure who finished first in the Likud primaries, was expected to be named minister of education (which was given to the Bayit hayehudi party). He was asked by Netanyahu to remain as interior minister, with his authority significantly diminished by the earlier handouts. Erdan refused, but unlike other senior Likud members did not criticize Netanyahu. He voted in favor of the new government, but only as a regular Knesset member. Netanyahu once again refused to support his most popular and effective minister, likely due to his paranoia that they will do good work and threaten his control of the party.

In Netanyahu’s defense, it must be said that our faulty coalition system should bear much of the blame for creating a system whereby small parties can punch so high above their weight. To form a government, the largest party must relinquish significant responsibilities, and Netanyahu had no choice. But he capitulated to virtually every demand he received. Netanyahu’s first concern is his political survival, whatever the cost. He has achieved this for the moment, but unless the coalition is broadened, we once again face the horrible prospect of another election.

And this incredibly fragile, narrow coalition, and the prospect of another election in the near future, might not be our biggest problem. I have very serious concerns and worries about the policies that this government will pursue. But we’ll wait and see if this government survives that long.

Any upside? At least if the members of the coalition must constantly be present to ensure their survival, maybe some work will actually be done for a change.