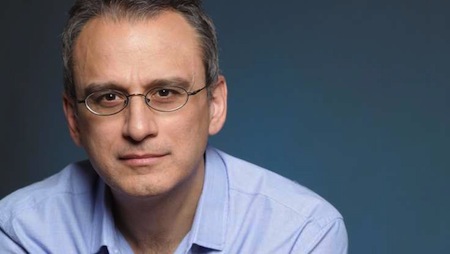 Portland Jewish author and former Yale professor William Deresiewicz spends his days scaring elite college students, prospective students and their parents into recognizing the potential pitfalls of an elite education and coaching them on how to find a sense of purpose. “It’s understandable that parents want their kids to succeed and be happy,” says Bill during an interview at a Northeast Portland bistro.
order Cialis
purchase Cialis
Soma for sale

“But it’s problematic when a parent’s view is very narrow. There’s not a lot of room for kids to determine their own future and find their many talents.” He says college is a time for students to think critically and creatively as they consider the important questions of life. Yet with the frenetic competition for admission to and success in Ivy League schools, he says many of the nation’s brightest students become so focused on achieving the next goal that they have little time for intellectual curiosity. In 2008 while still at Yale, he wrote an essay “The Disadvantages of an Elite Education.” The piece went viral and was read more than one million times, with about 10,000 page views a month after the initial burst. Since then he has been speaking on college campuses across the country and has received letters from thousands of students. He drew on those reactions to write Excellent Sheep: the Miseducation of the American Elite & the Way to a Meaningful Life.

Since the book’s release in August 2014, he has continued to speak on campuses (about a dozen since August) and been a guest on “The Colbert Report.” For the remainder of the school year, he has another 10 appearances scheduled including at Notre Dame, UCLA, Scripps College and the Global Access Through Education in São Paulo, Brazil, as well as a May 13 talk at the University of Oregon in Eugene and a May 14 talk at the UO campus in Portland.

His campus talks are always standing room only. “They desperately want to talk about it. People line up afterward to talk to me.”

“The whole middle half of the book is about what college is supposed to be for and how to find a path different than doctor, lawyer or banker,” says Bill.

In the chapter Inventing Your Life, he writes that American society “makes its most intelligent young people feel that they are being self-indulgent if they pursue their curiosity. … It’s not OK to study history, because what good does that really do anyone, but it is OK to work for a hedge fund. It’s selfish to pursue your passion, unless it’s also going to make

you a lot of money, in which case it isn’t selfish at all.”

Also the author of A Jane Austen Education: How six novels taught me about love, friendship and the things that really matter, Bill says literature is a tool for self-reflection and self-development. “I don’t recommend specific books; they are different for everybody… Jane Austen was my path.”

He also suggests students find a mentor. But he says, “My one concrete recommendation is for students to take time off – a gap year or during or after college. It’s important to step away and give yourself time to think.”

He encourages young people to take a year off, rather than a gap year program geared toward “acquiring skills and credentials.”

He actively promotes a year of exploration and discovery as a board member of Tivnu: Building Justice, the Portland-based construction and social justice gap year program created by his long-time friend, Steve Eisenbach-Budner. The two met as teens involved in Young Judaea programs, including the Jewish movement’s national leadership camp Tel Yehudah.

Bill grew up in an Orthodox family and attended Jewish day school through 10th grade. His family lived in Israel when he was in the fifth grade in 1973-74, during the Yom Kippur War. His wife, Aleeza Jill Nussbaum, also has ties to the Jewish state. Her father grew up in Palestine.

Now Bill’s only involvement in the organized Jewish com- munity is serving on the board of Tivnu. “I love Tivnu,” he says. “It’s a chance to reflect on who you want to be and where to find your place in the world and the type of world you should be working toward. All things that in the system I discuss you don’t have time to experience.”

He emphasizes that when he refers to the elite, he does not mean the 1%. “That lets the rest of the top 10% off the hook. The upper middle class think they are not the problem,” he says. He says when he discusses the elite, he means “people who attend or aspire to send their children to those schools … people who make over $100,000, not just $100 million.”

A New York Times review of his book paraphrased a profes- sor’s comment that upper-middle-class American life doesn’t have room for “passionate weirdos.”

Asked if Portland’s reputation for weirdness was one of the things that prompted him to move here, he laughed and said, “Yes, I guess that’s true. Portland has a very different vibe and culture than the world of the Ivy League.”

Bill and Aleeza had spent his sabbatical year of 2004-05 in Portland and thought it was a nice place to live. When he left academia to become a full-time writer in 2008, he says, “It gave us the freedom for the first time to live wherever we wanted. It was either here or New York, and New York is too expensive.”

Now the writer and his wife, who is a painter and ceramic artist, enjoy their funky Northeast Portland neighborhood.

“I had to find my way back to the thing that was right for me to do,” he explains.