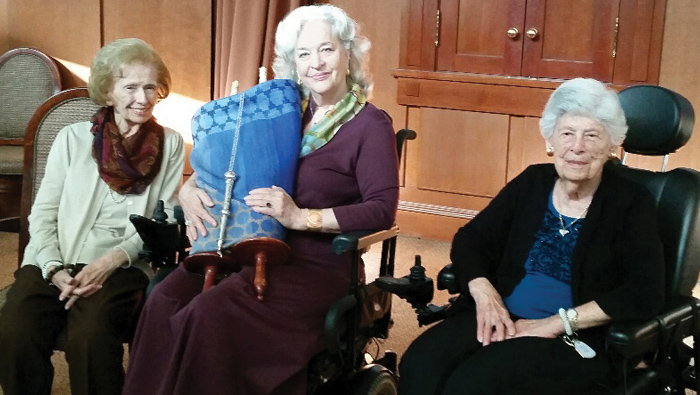 The three residents at Rose Schnitzer Manor studied Hebrew with Eddy Shuldman during the past year so each could become a bat mitzvah. These senior women grew up when the transition to adulthood for girls was seldom marked in the synagogue as it was for boys, so a bat mitzvah celebration was not an option when they turned 12 (or 13).

An article on the Jewish Women’s Archive (jwa.org) reports that the first bat mitzvah in America was in 1922, when the founder of the Reconstructionist Movement, Rabbi Mordecai Kaplan, created a ceremony for his daughter, Judith Kaplan. Yet JWA noted it wasn’t until the 1970s that feminism and “the need to acknowledge the equality of women as Jews led to the adoption of some type of bat mitzvah ceremony by every American Jewish denomination from Reform to modern Orthodoxy.”

At Cedar Sinai Park, these women have now had their turns at the bimah

'Delayed bat mitzvah' has no comments