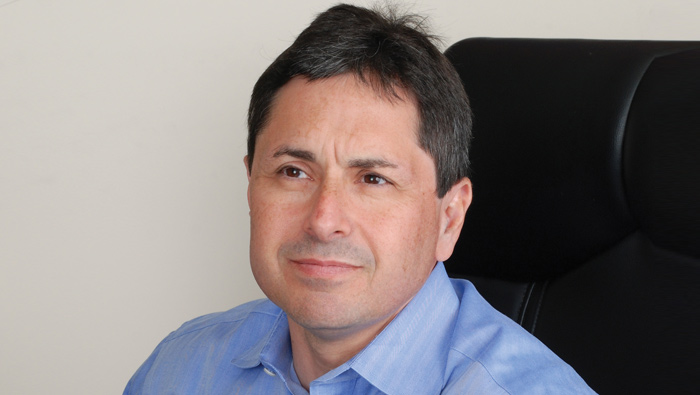 The past few weeks have been quite challenging. The Jewish Federation of Greater Portland learned that on Oct. 7, the Portland Human Rights Commission voted unanimously to support a proposal by Occupation Free-Portland to push city leaders to block city investments in four companies (Hewlett Packard, Motorola, Caterpillar and G4S) that do business with Israel and, according to the group, commit human-rights abuses in the process. If the proposal was not enough, the fact that no one from the Jewish community was even invited or informed that this issue was being discussed is unconscionable.

The HRC stated they were “guided by the Universal Declaration of Human Rights and endorsed Occupation-Free Portland’s request solely on the four companies involved in human rights violations in Israel and the Palestinian territories.” According to the HRC, this was not an issue related to religion or nationality, but solely on human rights impacts, and will now “request the City of Portland to divest from companies profiting from the violent conflict.”

Immediately learning of this, the Jewish Community Relations Council (JCRC) of the Jewish Federation went into action. It is important to note that much of our work happens behind the scenes and quietly.

First, we contacted the Mayor’s office to better understand the role that the HRC plays in Portland. Next, we approached the Human Rights Commission to better understand how this decision came to be. We also did our homework to learn more about Occupation-Free Portland – an active endorser of the Boycott, Divestment, and Sanctions (BDS) movement plaguing the State of Israel and Jewish communities around the world.

Following, we contacted our local officials and shared with them this resolution and the Jewish community’s opposition to it. We were pleased by the immediate responses received:

Mayor Charlie Hales made a statement: “The city’s Human Rights Commission endorsed a proposal urging the city to adopt an investment policy based on the conflict in Israel. I reject this recommendation and, should it come before the City Council, would vote against it. It is complex and hurtful for the communities involved. This vote also is divisive within the community of Portlanders.”

Congresswoman Suzanne Bonamici sent a letter to the mayor, City Council and commission chair denouncing the HRC move: “This decision is deeply disappointing and only aggravates divisions among people who share a common goal — a peaceful two-state solution that affirms the rights of Israelis and Palestinians. Further, the manner in which it occurred, without the input of any of the major Jewish organizations or congregations, calls into question both the process and the credibility of the decision.”

Since the vote in October, two members of the Commission (both Jewish) renounced their votes.

The Jewish community requested and was granted the opportunity to provide “testimony” this past Wednesday to the HRC. The meeting included some 200 community members on different sides of the issue in front of the twelve members of the Human Rights Commission.

Community representatives (including JCRC leaders, two rabbis, and a high school student) and an Episcopal priest shared our concerns. They discussed the current conflict in Israel, the current challenges facing Israelis and Palestinians, and, most importantly, what the BDS movement is and how it operates. It was pointed out that these four companies do business around the world, yet they are being singled out for their work in Israel.

The Rev. Ann Emry, Episcopal priest at St. Paul’s Episcopal Church in Salem, spoke on our behalf. She eloquently stated, “Rescind your support of BDS. BDS is not the way to peace. It is a strategy modeled on the campaign against South Africa, which also was not designed to promote peace but to dismantle the state. BDS leaders abhor cooperation between Israelis and Palestinians and often attack organizations that seek to bring the two sides together in a peaceful manner.”

What I observed was a commission that truly does not understand nor were they interested in the underlying agenda of the BDS movement. Divestment is not about human rights. In this case, it is an effort to delegitimize the State of Israel.

At the Oct. 7 meeting, the HRC seemed solely focused on hearing testimony on why these four companies should not be boycotted. Occupation-Free Portland, pushing their BDS agenda, provided their biased information prior to the vote in October. In a blow to due diligence and process — just as the Jewish community was never invited to participate in the conversation, none of the four companies being discussed were invited in front of the HRC to refute these ugly accusations. In fact, it wasn’t until JCRC contacted the companies that they even knew about the HRC’s charges and actions. One would think the HRC would do its homework before making such a decision.

At the end of the meeting, the HRC voted 6-5 with one abstention against reconsidering the proposal. We were not surprised by the outcome, although the closeness of the vote was interesting. The proposal may now move forward to Portland’s Socially Responsible Investment Committee. I assure you the JCRC will continue its push for appropriate action.

I am proud of the leadership exhibited by Bob Horenstein and the Jewish Community Relations Council. This is a major piece of our work (work you may never hear about) as we represent the organized Jewish community on issues that impact the Jewish people worldwide. We will remain steadfast in opposition to the BDS movement and stand strong with the State of Israel. Sadly, on this issue, there is more work to be done.