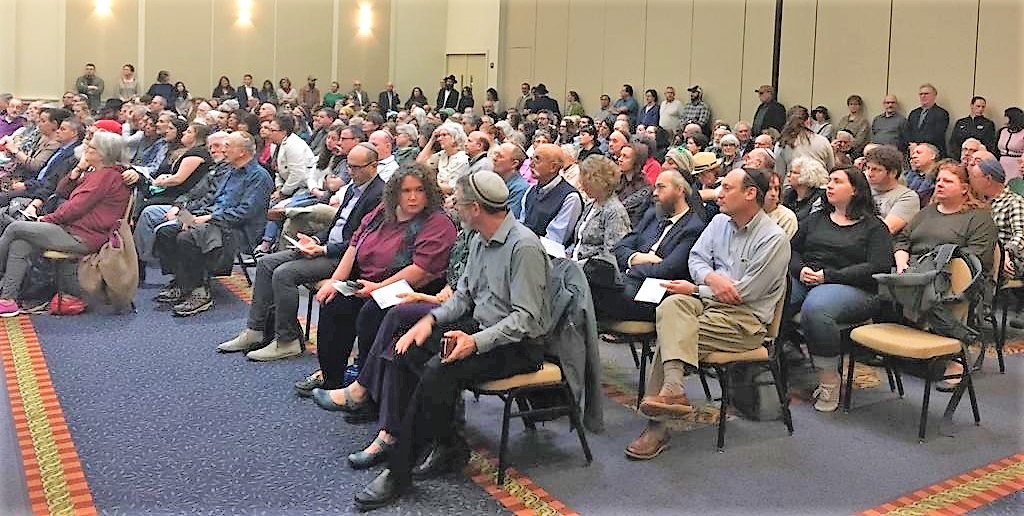 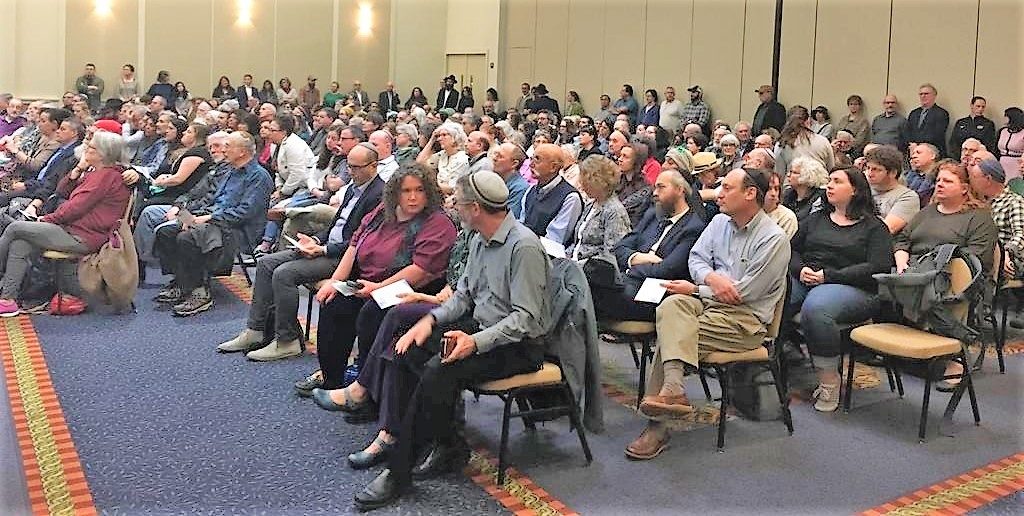 Light, Solidarity & Prayer was the title of the April 29 community gathering following the shooting in Poway. About 375 people gathered for the event at the Mittleman Jewish Community Center.

“The ceremony began with angry comments about fighting anti-Semitism, and concluded with a spirited room of 400 people proudly singing Am Yisrael Chai,” says Rabbi Motti Wilhelm of Chabad of Oregon. “It was a proud moment for our community with everyone standing together.” 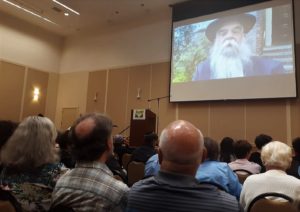 The event was coordinated by Chabad Centers in Oregon, Jewish Federation of Greater Portland, MJCC and many local synagogues and organizations.

The message of the evening was a call for increased unity light as so clearly stated by of Rabbi Yisroel Goldstein, who was shot in the hate crime attack.

Rabbi  Goldstein said, “We need to create as much light as possible in this world, by participating in prayer services, supporting our local Jewish communities and mostly doing random acts of kindness. A little bit of light pushes out a lot of darkness.”

Rabbi Wilhelm noted, “One thing we can learn is that the enemy sees no difference between those who pray at Tree of Life in Pittsburgh or at Chabad in Poway. Neither must we.”

Rabbi Wilhelm urged, “Let us each take upon ourselves a new mitzvah this week to combat the ugly hate that has again reared its ugly face. More than just a nice sentiment, the light and goodness we bring into the world through performing a Mitzvah – by adding in goodness and kindness we create real, positive change, generating light and bringing the era of redemption ever closer.

“Please reach out to another with kindness, give extra charity, put on tefillin, say some Tehillim (psalms), attend a Torah class, resolve to light Shabbat candles, or choose any mitzvah that is close to your heart.”

To contribute to the Chabad of Poway recovery fund  go to:  https://www.chabadpoway.com/Templates/Fundraising/Default_cdo/aid/4365672 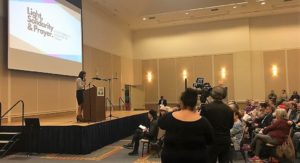 Responding the attack, Marc Blattner wrote: “This heinous act of hate was perpetrated against innocent adults and children peacefully gathered to celebrate Shabbat and Passover. Houses of worship are places of holiness, reverence for life, and peace. This attack comes six months to the day after our nation’s deadliest ever act of anti-Semitism at the Tree of Life synagogue in Pittsburgh.

Enough is enough. As a community and country, we must stand together and condemn all forms of hatred and bigotry. We must put a stop to the encroaching normalization of the kind of attacks suffered today at Chabad, at the Tree of Life Synagogue, and at mosques, churches, Sikh temples, and other worship spaces in the United States and worldwide. We join all people of good will in condemning the rising tide of anti-Semitism, racism, and other hatred that is at the root of this violence. An attack on one community is an attack on all Americans and on everything for which our nation stands.”

The Jewish Federation of San Diego is creating a fund to meet the immediate physical, psychological and spiritual needs of the victims and those impacted. You can donate by visiting www.jewishinsandiego.org/donate and write “Chabad of Poway” in the comments section.