Eve Levy is the recipient of the 2019 Laurie Rogoway Outstanding Jewish Professional Award in recognition of her contributions and leadership in the greater Portland Jewish community. 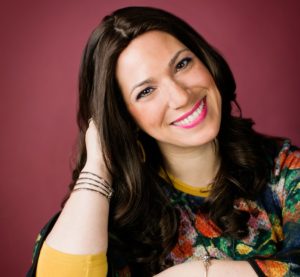 Eve will receive her award at the 99th Annual Meeting of the Jewish Federation of Greater Portland on June 5, 4:30 pm, at Congregation Neveh Shalom. As part of the award, Eve will receive up to $1,800 to participate in a professional development experience.

A Toronto native, she has been the director of women’s programs at the Portland Kollel for the last five years. In that role Eve has taken nearly 250 women on spiritual trips, mostly via JWRP (Jewish Women’s Renaissance Project) to Israel, but also to Poland and most recently Thailand. Eve engages Jewish women of all ages, backgrounds and life stages in the beauty of Jewish tradition. She has assumed a new role (see next brief) where she will continue to inspire women in Portland and beyond.
JewishPortland.org

For the past year, Eve Levy has supported her husband, Rabbi Gadi Levy, in his role as rabbi of Congregation Ahavath Achim. On May 15 Eve began a full-time position as Rabisa of Ahavath Achim to help build the Sephardic congregation and community.

“I’ve been supporting him, but it was clear to me, we needed to go all in,” says Eve. “Ahavath Achim has been around over 100 years, but it is not thriving now as a synagogue. It needs a renewal with fresh energy and fresh events to bring in young families. We will offer programming not available at other synagogues that connects to Sephardic traditions and the beautiful culture.”

Eve will be responsible for outreach to members, past members and prospective members. Eve will continue to offer trips, events and programming – though with a slightly different focus. 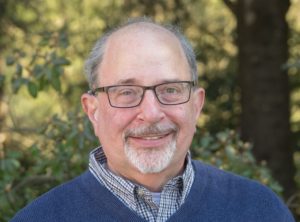 Rick Zurow became the director of philanthropy for the World Forestry Center on April 26. In his new position, Rick oversees all of fundraising for the organization, a nonprofit dedicated to creating and inspiring champions of sustainable forestry.

“I was raised as a Reform Jew until my bar mitzvah, which I had at Temple Beth Israel,” says Rick. “After that my family switched to Neveh Shalom. I also went to Hebrew school all the way through high school at the MJCC.”

Rick then worked for the University of Arizona as the lead development officer for the College of Education. He had been travelling frequently between Tucson and Portland because his wife, Debbie, was working here for Boly Welch. “I was tired of going back and forth, so it was time to come home,” says Rick of his full-time return to Oregon. For the past year he served as associate director of philanthropy at the Oregon Zoo Foundation. 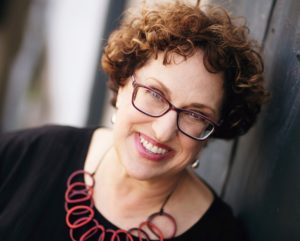 Attorney Joyce Tischler has moved to Portland to launch her second career. Joyce was featured on the January 2018 cover of Oregon Jewish Life for her work as the “Mother of Animal Law.” In 1979 Joyce co-founded Animal Legal Defense Fund, the first U.S. nonprofit dedicated to protecting animals using the legal system. Since then, Joyce has played a pivotal role in launching and shaping the emerging field of animal law. She retired from ALDF in the spring of 2019.

Joyce is now a professor in practice as part of the Center for Animal Law Studies at Lewis & Clark Law School in Portland. In the coming school year, she will teach the Fundamentals of Animal Law, and Animals in Agriculture Law and Policy at Lewis & Clark. She co-authored (with CALS Executive Director Pamela Hart and Professor Kathy Hessler) a first-of-its-kind casebook, Animal Law: New Perspectives on Teaching Traditional Law. She is now hard at work on a new casebook that will enable law schools to offer industrial animal agriculture law as a separate law course in the environmental, animal, food policy and public health tracks. 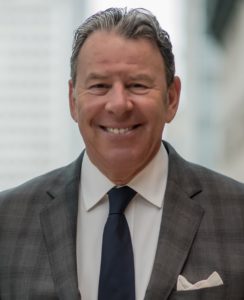 The appointment recognizes Todd’s consistent creativity and excellence in providing a wide range of investment products and wealth management services to his clients.

Todd, who has been with Morgan Stanley Wealth Management since 1985, is a native of Portland. He holds a bachelor’s degree from Pomona College. Todd lives in the Madison Park neighborhood of Seattle with his family.

Morgan Stanley Wealth Management, a global leader, provides access to a wide range of products and services to individuals, businesses and institutions, including brokerage and investment advisory services, financial and wealth planning, cash management and lending products and services, annuities and insurance, retirement and trust services. Morgan Stanley Wealth Management Master’s Club members must meet a number of criteria including performance, conduct and compliance standards, revenue, length of experience and assets under supervision. Master’s Club membership is no guarantee of future performance.

Cover Update: Women of the Wall 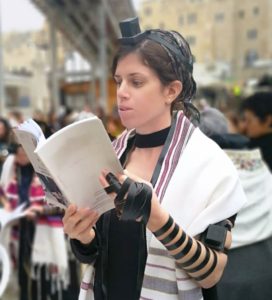 After a decade serving as the executive director of Women of the Wall, Lesley Sachs has stepped down and Yochi Rappeport has taken the reins as the organization’s new executive director. Lesley and WOW were featured on the April 2017 cover of Oregon Jewish Life.

Previously Yochi was the director of education and community outreach for WOW, a group of Jewish women who strive to achieve the right to wear prayer shawls, pray and read from the Torah collectively and out loud at the Western Wall (Kotel) in Jerusalem.

Yochi was raised in an Orthodox home in the Old City of Safed. She served in the IDF and studied at Bar Ilan University. “By the end of my first academic year, I realized my heart was pulled toward progressive Jewish life,” says Yochi. “I did not grow up with a sense that it is possible for women to take agency over their religious lives. But I have a dream: that my daughter, and every Jewish girl, will grow up knowing that living her aspirations is her birthright.”