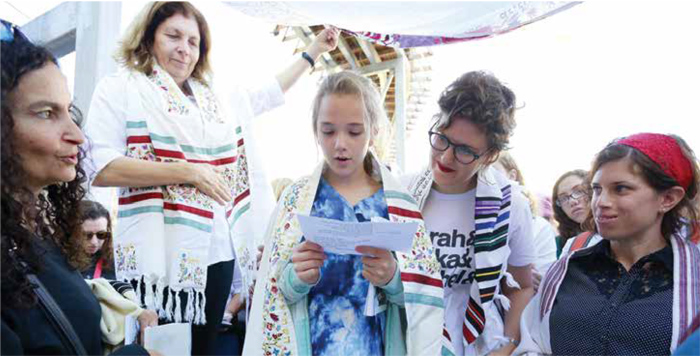 For many young women, preparing for one’s bat mitzvah ceremony can be daunting: learning the intricate trope to confidently chant the Torah portion, bracing oneself to deliver a speech before the congregation, considering the weight of becoming an adult in the Jewish tradition. But for Olivia, who traveled from Florida to Jerusalem to mark her milestone moment, uncertainty hung in the balance, beyond the typical pre-event jitters: Would Olivia have a Torah to chant from at her bat mitzvah?

Olivia Schottenstein is among the women of all ages who have chosen to mark their b’not mitzvah with Women of the Wall, an Israeli organization advocating for equal rights for women at the Western Wall (the Kotel) and beyond. Comprised of women from a variety of Jewish denominations (Orthodox, Conservative, Reform, etc.), the group prays at the Western Wall on Rosh Hodesh (first day of each Hebrew month). 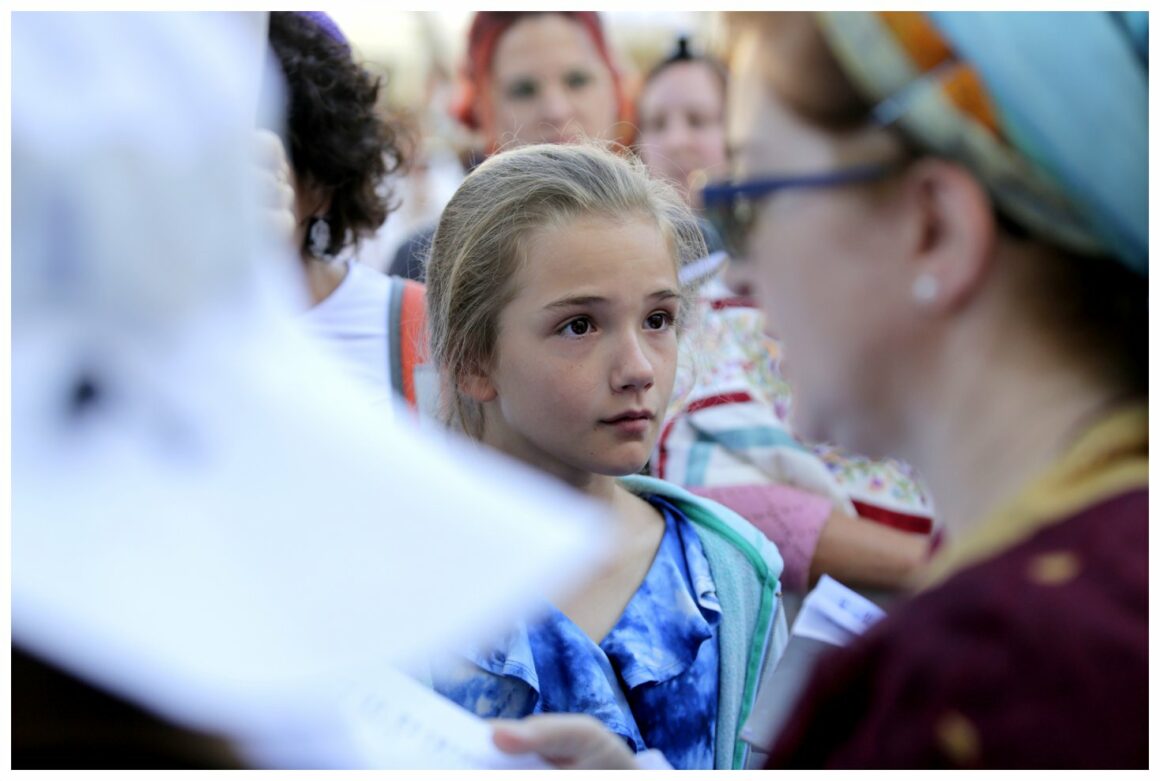 Over 31 years of resilience, WOW has withstood numerous arrests and detainments, as well as violence from worshippers who protest the group’s presence at the Kotel. WOW has succeeded in normalizing the image of a woman wearing ritual items such as tallit (prayer shawl) and tefillin (phylacteries), yet the battle for women’s access to Torah still remains. The Western Wall Heritage Foundation, the authoritative body over the national public site, subjects WOW to degrading “security” checks, searching for a hidden Torah scroll, as none are permitted entry to the Kotel’s women’s section. With determination and stealth, WOW has successfully smuggled in Torah scrolls to use in their service. Thankfully, Olivia’s bat mitzvah was one of these triumphant highs.

A bat mitzvah with WOW is an event whose resonance reaches beyond the immediate circle of celebrants, spreading a message of equal opportunity. For instance, only 5% of Israeli girls celebrate a bat mitzvah with any religious content. Only Women of the Wall has established a meaningful framework for celebrating this milestone on Rosh Hodesh on the women’s side of the Kotel.

Each bat mitzvah who joins WOW on her special day declares that Torah is not only her birthright, but that of every Jewish woman.

WOW Board Member Rachel Cohen-Yeshurun grew up in ultra-Orthodox Beis Yaakov schools and only later in life gravitated toward Jewish feminism. Nowadays, Rachel is a regular leyner (Torah-reader) at Women of the Wall’s services at the Kotel. She especially enjoys sharing her skills with other women and girls. “Our bat mitzvah girls often need to bravely ignore the demonstrators who come to disrupt… But when I see a woman confidently chanting Torah at the Kotel, I am filled with hope that one day there will be an Aron Kodesh, an ark filled with Torah scrolls in the women’s section of the Kotel.”

Courageously, Olivia chanted every note on her bat mitzvah. She recited the traditional blessings of gratitude for the Torah, for being given a part in its living legacy, and the words took on extra significance. “Each woman we empower by chanting Torah is one more soldier in the struggle for women’s equality at this holy site,” says Cohen-Yeshurun.