We’re pretty liberal family except for one loud, curmudgeon uncle who seeks out ways to annoy everyone. For Hanukkah he sent us a box of bright red slogan hats; I’ll let you fill in the details. We opened it and looked at one another in frustration and anger. I’m trying to raise my kids to be polite and honor the relatives but also stick to their convictions. His birthday is coming up; the family table has been raucous with suggestions. How to respond? 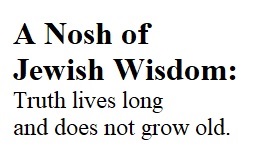 Hold a special night of celebration. You can call it a liberation evening, freedom evening, etc. Use the time to bond and to talk about how you can each contribute to your community to counteract what the hats originally represented. Talk about what each of you thinks makes America the country that our ancestors came to in times of despair and to which current immigrants look for help and safety. Then find words that summarize those values, and use them to redecorate the hats. Think about slogans like Make America Kind Again, Make America Wise Again and Make America Safe Again. Have art supplies on hand: stickers, sew-on badges, fabric markers. Take a picture of your assembled group wearing the redecorated hats, and send it as a collective thank you note to the uncle. Then donate the hats to a group for some future fund-raising raffle.

Accompany the photo with a letter saying that his gift was both a blessing and a curse. The curse has been removed by your family’s fun remaking the hats. Tell him you also want to share the blessing: letting him know that in honor of his birthday, you have contributed to the fact-based, fake-news-busting organization of your choice. End by saying that you pray regularly for America to return to a level of civility where you and he can talk reasonably about issues on which you disagree, and that free and fair elections are possible to elect candidates who care more about helping people than enriching themselves.

I work in an office with several blatantly right-wing conservatives who talk in vague but menacing generalities about anyone who doesn’t fit their stereotype of “a real American.” They know I am Jewish but wisely keep anti-Semitism out of my hearing range. I’m looking for a simple way to respond to them when I hear them disparaging others. I get enough of this crap on the news; I don’t want it in my head 24/7. Going to Human Resources is futile, for reasons too complex to go into. Have any snappy comebacks?

It may be time to float your resume. But don’t naively think you’ll avoid this elsewhere. The snappiest answer I have is this one: Everyone in America is a descendant either of Native Americans, immigrants, refugees or slaves. Which were your people? Note: It’s OK to make them squirm.

In The Messy Joys of Being Human, I tell this story: The other day I had a new sofa delivered. The driver, Luis, asked me about a framed picture of Anne Frank I keep on a wall. I told him her story, all new to him. He told me how his parents came to America, and that he would tell his daughter about Anne Frank, because she could read the famous diary as a break from her dental studies. I reflected what a wonderful American moment it was: two children of immigrants sharing their origin stories.

In the worlds of us vs. them, blue states and red, bickering races, nations and religions, the world gets harsh much too quickly and stays there much too angrily. What if we were all part of us? And how the @#$%& do we get there? Part of the answer is kindness. Part of it is calling out bigotry and fake news for exactly what it is. That takes courage. I hope you can find it, and allies. If not, go.

A resident of Eugene since 1981, Helen Rosenau is a member of Temple Beth Israel. She’s a student of Torah and an artist (kabbalahglass.com), a writer (yourjewishfairygodmother.com) and the author of The Messy Joys of Being Human: A Guide to Risking Change and Becoming Happier.